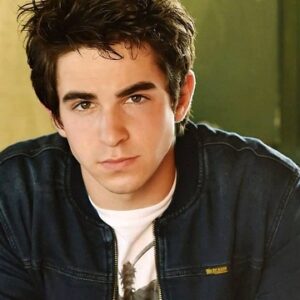 Zachary Gordon is a talented American actor and voice-over artist who rose to prominence in the film business after portraying Greg Heffley in the ‘Diary of a Wimpy Kid’ film series. At the age of eight, he successfully auditioned for the television sitcom ‘How I Met Your Mother,’ and his professional acting career took off. He went on to appear in a variety of additional television shows and programs, the most noteworthy of which was ‘Because I Said So’ and ‘All of Us.’ For his parts in films such as ‘Georgia Rule,’ ‘Diary of a Wimpy Kid,’ and ‘Rodrick Rules,’ he has received accolades, nominations, and awards, including the ‘Young Artist Award’ and the ‘Sierra Award.’ He has appeared alongside a number of well-known and veteran Hollywood performers, including Jane Fonda, Jennifer Lopez, and Nicholas Cage. Zachary has also gained notoriety as a voice actor, lending his voice to a variety of characters in a number of animated films. In 2013, he hosted a Nintendo mini-series called “Skylander’s Boomcast.” Zachary Gordon has already made a niche for himself in the entertainment sector, despite his youth.

The Career of Zachary

He portrayed Little David in the TV drama ‘David’s Solution’ in 2007. In the first episode of ‘Desperate Housewives,’ he played the role of Little Robin Hood, which aired in 2008.

In 2008, Zachary Gordon was nominated for the ‘Young Artist Award’ for his performance as Ethan in the film ‘Georgia Rule,’ which he went on to win.

Zachary’s status as a young actor was established, however, when he was cast as Greg Heffley, the protagonist, in the film series Diary of a Wimpy Kid,’ the first installment of which was released in 2010.

Zachary has worked as a voice actor for a number of movie roles in addition to playing. Ricky Garcia (Project Gilroy), Brad Spolyt (The Chubbchubbs Save Xmas), and San San are just a few of the notable characters to which he has provided his voice (Ni Hao, Kai-Lan).

He’s also done cameo appearances as a voice actor, the most prominent of which being Baby Melman in Madagascar: Escape 2 Africa cartoon film and Young Tony Stark in ‘The Super Hero Squad Show.’

He does a lot of voice-overs for Gil, who is one of the main characters in the Nickelodeon show “Bubble Guppies.” He contributed voice-over work for the characters Franklin, Linus, and Charlie Brown in the comedy show “Robot Chicken” in 2011, and emceed the Nintendo miniseries “Skylander’s Boomcast” on YouTube in 2013.

Kenneth Gordon and Linda Gordon welcomed Zachary Gordon into the world on February 15, 1998, in Oak Park, California. Gordon has two brothers, Kyle and Joshua, with whom he spent his childhood years in Southern California.

Zachary attended an Oak Park public high school for his education. Zach is a devout Jew who keeps his personal life and dating status private, although he is quite active on social media.

Zachary Gordon is an actor from the United States with a net worth of $2 million.