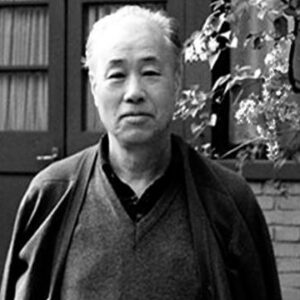 The third Prime Minister of the People’s Republic of China was Zhao Ziyang. He worked there between 1980 and 1987. He was a well-known person who held a lot of power in the socio-economic and political spheres during the end of the Cold War and had previously held the position of Vice Chairman of the Communist Party of China. He held the position of General Secretary of the Communist Party of China from 1987 to 1989 after his term as premier. As a senior government official, Zhao was reproachful and generally critical of Maoist ideologies. He also played a significant role in bringing about significant reformative measures, first in Sichuan and then throughout the country. Ziyang was a fierce advocate for a number of initiatives, including the decoupling of the Party and State and the privatization of state-owned enterprises. Most significantly, he made a number of adjustments to the nation’s overall financial environment. He was always seeking ways to improve and control China’s structure, combat debasement, and address related problems that during the 1980s undermined the party’s legitimacy. Hu Yaobang, the general secretary, publicly supported him and agreed with the majority of his ideas and viewpoints.

In the Henan Province of China on October 17, 1919, Zhao Ziyang was born into a well-known family of landowners.
He was inspired by the Communist Manifesto while he was young and joined the Young Communist League of his nation in 1932.

In 1938, Zhao Ziyang joined the Chinese Communist Party (CCP). He participated in regional party organizations throughout Northern China during the time the Sino-Japanese War was ongoing.
The People’s Republic was founded in 1949. He was sent to the southern province of Guangdong, where he served for a while before being named the province’s first party secretary in 1965.

He was fired from all of his official jobs during the Cultural Revolution. In 1975, he was once again appointed First Party Secretary. He was now in Sichuan, the region with the largest population in China, where he was working to boost industrial and agricultural productivity.

Zhao received a promotion from Deng Xiaoping in 1977 to become an alternate member of the Communist Party of China’s Politburo. He quickly ascended the ranks after becoming a full member in 1979. In 1980, he was admitted to the Politburo Standing Committee, which at the time was China’s top governing body.
In 1980 and 1981, respectively, Zhao was elected President of the Leading Group for Financial and Economic Affairs and Vice Chairman of the Communist Party of China.

Following that, he worked under Hua Guofeng as Vice Premier for six months in 1980 before succeeding him as Premier of the State Council. China’s agricultural production increased by 50% under his administration, which ran from 1980 to 1984. He was also regarded as a well-liked Marxist-Revisionist for the changes he made to the Communist Manifesto to make it more appropriate for the situation in China at the time.

He had a significant impact in managing a variety of expansive anti-corruption initiatives. Zhao was further advanced by Deng to the position of General Secretary of the Chinese Communist Party after multiple dismissals, including Hua’s. He was prepared to succeed Deng as China’s Supreme Leader in this, the second-highest position in Communist China.

As General Secretary, Zhao maintained his regular policies of easing government oversight and regulation of various industries and pushed for the establishment of exclusive free-enterprise zones in coastal areas of China to hasten the nation’s economic growth.

1989’s Tiananmen Square demonstrations had a big impact on Ziyang’s life and career. A widespread uproar demanded significant political and economic reforms. The demonstrations, which started as a show of support for Hu Yaobang, the former leader of the Communist Party of China who died in the 1980s, later turned into a call for an end to all forms of corruption inside the organization.

The central government of China faced a grave threat of collapse as the protests extended to other cities. Ziyang handled the situation relatively calmly, but the government ultimately imposed martial law and put an end to the protests. Zhao kept his party membership after being formally fired as general secretary. He was placed under house arrest for the remainder of his life after this incident.

He developed remarkable, ground-breaking strategies and initiatives while serving as the First Party Secretary, such as compensating employees based on their performance rather than need. He was also in favor of offering financial incentives to boost individual performance.

The manufacturing managers also received a lot more freedom in how to govern their businesses. He included peasants in his initiatives by allowing them to enlarge their individual plots of land. Deng Xiaoping, the de facto head of the Chinese Communist Party at the time, was drawn to all these novel concepts.
Zhao Ziyang’s accomplishments in Sichuan established the benchmark for Chinese Economic Reform. Zhao’s strategies were adopted by other provinces, particularly Anhui, where they had success rates that were comparable to Sichuan’s.

Zhao Ziyang married twice and gave birth to five kids. Liang Boqi was the name of his second wife.
He suffered a stroke in Beijing on January 17, 2005, and he passed away that day. 2009 saw the release of his posthumous memoirs, entitled “Prisoner of the State: The Secret Journal of Premier Zhao Ziyang.”

The widespread consensus among Western observers is that Zhao’s tenure as general secretary was the most liberal in PRC history. There were many fewer limits on press and speech freedom, which allowed intellectuals to openly express themselves and suggest “improvements” for the nation.

The estimated net worth of Zhao Ziyang is unknown.