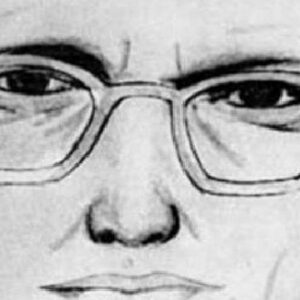 The Zodiac Killer was a serial killer who operated in Northern California, USA, from the late 1960s to the early 1970s. Numerous letters the murderer sent to the local press gave rise to the moniker “Zodiac.” The code name was used to sign these letters. Only one of the ciphers used in some of his letters has been cracked so far. He alleges to have killed 37 people, five of whom have been verified dead and two more injured. Although the fate of the additional victims he claimed is unknown, there is a possibility that he killed 20 to 28 people. He made fun of the fact that despite his coded letters and warnings about his upcoming move, the authorities were unable to apprehend him. From 1968 to 1974, he was active before abruptly ceasing all contact. The California Department of Justice reopened his file in March 2007 after it had been closed in April 2004. Based on statements provided by several of the Zodiac Killer’s survivors, law enforcement authorities were able to create a drawing of the murderer. Nevertheless, they haven’t been able to find him. The Zodiac killer has been the subject of numerous novels and films. His identity is still a mystery, and both the city of Riverside and the county of Napa are still investigating.

David Faraday, 17, and his fiancée Betty Lou Jensen were killed on December 20, 1968, and they were his first known victims. They were out on their first date and had parked their car in a secluded spot known as “lover’s lane” on the outskirts of Vallejo, California. According to forensic evidence, the murderer arrived in another vehicle before approaching the couple on foot. The female was shot five times in the back while attempting to flee, while the kid was shot in the head as he got out of the stopped car.

Then, on July 4, 1969, Derlene Ferrin, then 22, and her boyfriend Mike Mageau, then 19, were shot under similar circumstances. They were only four miles from the scene of the first murder when they were sitting in their parked automobile in a rural area of Vallejo’s Blue Rock Springs Park. While Mageau sustained critical injuries, Ferrin was instantly slain. Later that day, a man who claimed to be responsible for both incidents called the police station. The shooter was described by Mageau as a white man, 5′ 8″, in his 30s, with light brown curly hair. However, no progress was made in locating the murderer.

On September 27, 1969, the murderer went up to a second young couple who were enjoying a quiet moment together on the beach of Lake Berryessa. He was donning a sweater with a hood that featured a cross and a circle on it. He savagely stabbed the couple after tying them up with a rope, then drew a circle and a cross on the door of their car before fleeing. Cecelia Shepard, 22, passed away in a hospital two days later, but Bryan Hartnell, 20, lived to tell his story.

In San Francisco on October 11, 1969, a passenger who had hired Paul Stine’s cab shot him in the head with a 9mm pistol for no apparent reason. In front of astonished onlookers, he removed his wallet, the car keys, and a piece of his blood-stained clothing before leaving the area. He was described as a Caucasian man between the ages of 30 and 40, standing at roughly 5′ 8″. A portion of the blood-stained fabric and a letter with a claim of culpability for the murder were delivered to “The Chronicle” three days later. He identified himself as “the Zodiac” and threatened to attack schoolchildren as his next victim.

On March 22, 1970, Kathleen Johns was traveling from San Bernardino to Petaluma in her automobile with her 10-month-old baby when a car behind her began honking and flashing its lights. The car’s driver signaled to her when she arrived that her wheel was swaying and offered to tighten it. But as soon as he was done tightening the wheel and she began to drive, the wheel came off. After she got into his car, the man volunteered to drive her to the next gas station so she could get assistance, but he continued driving past multiple stations without stopping. Fortunately for the woman, the driver had to stop at a crossroads, allowing the woman and her daughter to exit the vehicle and flee into the nearby fields. Later, she recognized the man from a police sketch that had been created.

Without concrete proof of his involvement, the “Zodiac Killer” was suspected of being involved in numerous additional homicides that were recorded. These incidents include the murders of Cheri Jo Bates at Riverside City College in California on October 30, 1966, and the gunshot deaths of Robert Domingos and Linda Edwards on June 4, 1963, on a beach close to Santa Barbra, California. The Zodiac Killer was also connected to the disappearance of 25-year-old Donna Lass, who was last seen on September 6, 1970.

The “Vallejo Times Herald” and a few other newspaper offices received letters in August 1969 that contained a cryptogram that, according to the writer, revealed the name of the murderer responsible for the murders at Lake Herman Road and Blue Rock Springs. Only the murderer could have known the information that was conveyed in these letters. Each letter had a cross in a circle, and one of the letters was inscribed with the word “Zodiac.” The letter’s author threatened to kill a dozen people over the weekend if the letters weren’t published in local newspapers.

He kept sending letters to the police and journalists, taunting them to apprehend him. He identified himself using a 13-character cipher and claimed that shooting a cop was more exciting than killing a regular person because the latter could shoot back. Although the evidence was ambiguous, he was connected to the shooting of Sergeant Brian McDonnell inside his patrol car.

He said in his writing that he enjoyed murder because it gave him a rush and predicted that all of his victims would become his slaves in heaven. He previously expressed his displeasure in a letter over people not wearing Zodiac buttons.

He paraphrased and added his own words to a song from “The MiKado” and included it in a letter in July 1970. According to the report, he was making a list of ways to torturously treat his slaves in heaven. Later that year, while covering the Zodiac killings for “the Chronicle,” Paul Avery received a Halloween card with the message “Peek a Boo – You are Doomed,” signed “Z” and with the Zodiac circle and cross symbol.

He was a sick man who suffered from loneliness and needed attention to feeding his ego, according to doctors who reviewed the letters. He appeared to have been dumped and detested seeing young people in love.

Due to more circumstantial evidence, Arthur Leigh Allen—who was expelled from the US Navy and fired from his position as an elementary school teacher because of sexual misconduct—is viewed as a possible suspect. He was characterized by many who knew him as having an obsession with little children and irate ladies. He never got married or had a girlfriend. No tangible proof was discovered after numerous police raids on his home.

Dennis Kaufman claimed that Jack Tarrance, his stepfather, was the Zodiac and that he had turned over many items of clothing that belonged to the murderer. DNA tests, however, came back empty.

Former attorney Robert Tarbox said in 2009 that a man had approached him and admitted to being “the Zodiac.” He claimed he wanted to change, but he never came back.

Richard Gaikowski, a reporter for “Good Times,” remarkably matched the police sketch of “the Zodiac.” Additionally, the Vallejo police determined that his voice matched the assailant of the Blue Rock Springs incident. Nothing, however, could be used against him in court.

Numerous other people also claimed to be “the Zodiac,” but the authorities did not investigate them because their assertions did not line up with the information at hand.

The estimated net worth of Zodiac Killer is about $1 million.

The Zodiac Killer served as inspiration for the Clint Eastwood-starring film “Dirty Harry.” A psychopath seizes control of a school bus in the movie.

David Fincher turned Robert Graysmith’s book into the movie “Zodiac.” The movie came out in 2007.
In an effort to crack the killer’s code, the “History Channel” aired a non-fiction series titled “The Hunt for the Zodiac Killer.”