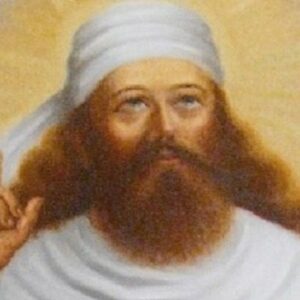 Zoroaster, also known as Zarathustra, Zarathushtra Spitama, and Ashu Zarathushtra, was a prophet who began a new movement that eventually became Zoroastrianism, a new religion. Although his exact birth date and location are unknown, he is thought to have lived in Eastern Iran between 1500 and 500 BCE. Born into a nomadic tribe and schooled as a priest, he rose to question numerous religious practices of the day, causing the powerful priestly society to get enraged. He declared that only Ahura Mazda, the Supreme Being, was worthy of devotion at a time when people worshiped a variety of gods and deities. As a result, he was continuously harassed, and at the age of forty, he received the patronage of King Vishtaspa, probably of Bactria. Following that, the religion he preached began to grow widely, and by the time he died at the age of seventy-seven, it had reached every corner of Persia. It is now regarded as one of the world’s oldest living religions, and Zoroaster is regarded as one of a long series of Prophets who have aided mankind in reaching greater heights.

Nobody knows when Zoroaster was born or how long he lived. Various experts have proposed various possibilities about the likely year of his birth, but no one has come out with an accurate year. Only the Zoroastrian tradition has a positive aspect to it.

He was born 258 years before Greek Emperor Alexander the Great captured Persepolis, the capital of the Achaemenian dynasty of Persia, according to Zoroastrian legend. He must have been born in 628 BCE, because something happened in 330 BCE.

Furthermore, King Vishtspa was 40 years old when Zoroaster converted him in 588 BCE. This, too, suggests that he was born in the year 628 BCE. Modern scholars, on the other hand, have opposing viewpoints based on linguistic parallels between the Prophet’s Zoroastrian Gatha and the Sanskrit Rig Veda.
Scholars estimate that he was born around 1200 BCE because the Rig Veda was written between 1700 and 1100 BCE and the Gathas describes an early Stone-Bronze Age bipartite civilization. Despite this, they all agree that he was born approximately between 1500 and 500 BCE.

There’s also a lot of debate over where he was born. While the majority of researchers believe he was born in northeastern Persia, others have suggested he was born in western or northern Persia.
He was born, according to legend, in Airyanem Vaejah, which some academics believe is modern-day Azerbaijan, the “Land of Fire.” However, there is no conclusive evidence of this, and, more crucially, the Gathas’ language is unique from the dialect spoken in this area.
Another group of ancient academics claims that he was born in Bactria, which is located between the Hindu Kush mountain range and the Amu Darya River. Greek and Roman authors such as Ammianus Marcellinus, Ctesias, and Moses of Chorene, who got the material directly from Persian sources, support this perspective.
Some call him a Chaldaean, a Perso-Median Persian, an Armenian, or a Pamphylian, while others name him a Chaldaean, a Perso-Median Persian, an Armenian, or a Pamphylian. All of this, however, could be rumor that arose as the religion he promoted grew in popularity.

Little is known about his early years. The Gathas, on the other hand, give us a very hazy image from which we can piece together the story of his life.

In the house of Spitama, Zoroaster was born. Scholars have deduced that the family belonged to a nomadic tribe, with Spitama as a distant ancestor, based on the names of the family members.
His father’s name was Purushaspa, which meant ‘grey horse owner,’ and his mother’s name was Doghdova, which meant’milkmaid.’ One was known as Zarautra in his native tongue, which means “he who can control camel.” It became Zroastrs after being transliterated into Greek, and then anglicized into Zoroaster.
Zoroaster was the third of his parents’ five sons, according to legend. His birth is the subject of numerous amazing accounts. It is told that angels from heaven came to pay their respects as he was born, and that, unlike other children who scream out, he laughed.

When Zoroaster was seven years old, he began his priestly training, which he completed by the age of fifteen. He was an extraordinary youngster from an early age, displaying amazing intellect.
Zoroaster stayed with his parents for another five years after completing his training. During this time, he displayed a remarkable detachment from the materialistic world while yet displaying an intense affection for all living things.
He left home at the age of twenty to study alongside other professors. He gained personal experiences while traveling across the country, visiting not only cities but also mountains and woods. He spent a lot of time in meditation, controlling his five senses.

At the age of thirty, Zoroaster had his first epiphany. During the spring festival that year, he saw a brilliant Being who introduced himself as Vohu Manah, or ‘Good Purpose.’ He explained Ahura Mazda, or the Wise Spirit, to him, and then told him about five other brilliant Spirits.
Apart from that, Vohu Manah informed him about Angra Mainyu, the Hostile Spirit, Asha, the Truth, and Druj, the Lie. Zoroaster was so enlightened that he determined to spend the rest of his life informing people about Asha.
He received another revelation later, in which he saw the seven divine creatures known collectively as Amesha Spenta. The seven sparks of Ahura Mazda, the supreme Lord, have also been described. These visions entirely enlightened him, making him a Prophet.

Zoroaster then went about preaching his new faith, which was in direct opposition to many of the Persians’ polytheistic beliefs. He preached that there is only one God, Ahur Mazda, who should be worshipped by everyone. All others, known as Daevas, are wicked spirits who are unworthy of worship.
He also spoke out against ceremonial religious ceremonies, the ingestion of intoxicating Haoma juice, animal sacrifices, and the oppression of common people by priests and warriors. Instead, he emphasized the value of individual choice and exhorted individuals to follow the path of virtue and truth.

His preaching was initially regarded with skepticism. However, the priests quickly began to resist his beliefs, afraid that their power would be eroded. But, unafraid of such hostility, and with complete faith in Ahur Mazda, he continued to proclaim his viewpoint, occasionally engaging in dialogue with the Lord Himself.

His relative Maidhyoi-madnha was the first to convert to his new faith, and he remained true to him until his death. At the same time, the priests and sorcerers continued to bother him, attempting to kill him multiple times. He eventually made his way back to eastern Persia, where he won favor with King Vishtaspa.
Despite the lack of historical evidence, King Vishtaspa is thought to have been a member of the Kayanian dynasty. Prior to his conversion, he was thought to have been a Kavi, a poet-priest with the gifts of prophecy and mantic poetry.

Zoroaster, who was forty-two years old at the time, experienced stiff opposition here as well, but he gradually gained the upper hand. His pupils included the entire royal family, including Queen Hutasa and the King’s brothers, Frashaoshtra and Jamaspa. Ordinary people began to follow his religion and became Zoroastrians over time.

Zoroastrianism was the name given to the faith he preached later. It is also known as Mazdayasna and is one of the world’s oldest surviving religions. The Supreme Being, whom he dubbed Ahura Mazda, is at its center. Angra Mainyu stands in His way, leading one down the path of deception.
Each human being, according to Zoroaster, has free will and thus the ability to choose between good and evil. As a result, one should turn away from the road of deception and worship Ahura Mazda, the Wise Supreme Being. He also emphasized the importance of rearing children in the moral path and planting trees.
He is also the author of the ‘Gathas,’ which are ancient holy poems written in a modern form. It consists of seventeen hymns and is the heart of Zoroastrian liturgy. It was later integrated into the Avesta.

Zoroaster married Hvvi, the daughter of Vishtaspa’s brother and vizier, Frashaoshtra. Isat Vastar, Uruvat-Nara, and Hvare Cira were their three boys, and Freni, Pourucista, and Triti were their three daughters. According to legend, he married Pourucista to Vishtaspa’s second brother Jamaspa, a powerful vizier in the empire.
According to another account, he had three wives. His six children were born to his first two spouses, while Hvvi, his third wife, was childless. They all converted to his religion and remained loyal to him till his death.

At the age of 77, Zoroaster passed away. According to legend, Persia was at war with Turan, a country that disagreed with his teachings. It is said that while praying in the temple of Nush-Adar, Zoroaster was attacked and killed by a Turanian named Bratrok-resh.

With time, the new faith, which became known as Zoroastrianism, grew widely, eventually becoming the official religion of the Kingdom of Persia. His beliefs influenced several other religions, including Ahmadiyya, the Bahá’ Faith, and Manichaeism, in later years.

Today, he is regarded as one of a long line of Prophets who have led humanity to greater heights. As a result, he ranks alongside other Prophets such as Abraham, Moses, Jesus Christ, and Muhammad.
In the Oxford Dictionary of Philosophy, 2005 edition, Zoroaster is ranked first in the chronology of philosophers. On Michael H. Hart’s list of the most influential people in history, he was rated #93.

After French Indologist Abraham Anquetil-Duperron translated Avesta sometime in the middle of the seventeenth century, Europeans were interested in Zoroastrianism.