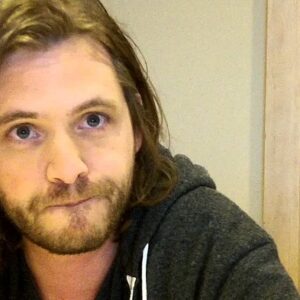 Aaron Stanford, generally known as a ‘X-Men’ actor, is an American actor best known for his appearances in the films ‘X2’ and ‘X: Men: The Last Stand,’ in which he played Pyro (a fictional super villain). He’s also recognized for his performance in the 2006 adaptation of ‘The Hills Have Eyes,’ in which he played Doug. Many consider him to be one of the most gifted actors of his time because of his intense acting and outstanding performances. After gaining great acclaim for his role in his first picture, ‘Tadpole,’ starring Bebe Neuwirth and Sigourney Weaver (released in 2002), there has been no going back for him. Following his outstanding performance in that film, he went on to star in other successful films such as ‘Live Free or Die,’ a comedy film in which he portrays an aspiring criminal and his mishaps, and ‘Rick,’ a film based on Giuseppe Verdi’s opera ‘Rigoletto.’ Aaron is now starring in ’12 Monkeys,’ an American science fiction TV series based on a 1995 film of the same name produced by American-born British film director Terry Gilliam. This television series, set in the year 2043 and regarded one of America’s most popular science fiction shows, premiered on January 16, 2015.

Aaron Stanford was born in the United States on December 27, 1976, in Westford, Massachusetts. His father, Don Stanford, is a publisher, and his mother, Judith Stanford, is an English professor.
He met his first acting teacher at Westford Academy in Westford, Massachusetts, where he developed an interest in acting. He went to the State University of New York after high school, but he didn’t stay there for long. He transferred to the Mason Gross School of Arts at Rutgers University in New Jersey, where he graduated in 2000.

Aaron Stanford made his acting debut in Gary Winick’s romantic comedy ‘Tadpole’ in 2002. Oscar Grubman, a brilliant 15-year-old teenager with a crush on his stepmother, was his major character. His acting in the film was praised, and he was nominated for a Golden Satellite Award as a result.

He was inundated with offers following the success of his first film. Pyro in ‘X2’, Duke in ‘Rick,’ and Gabe Winters in ‘Winter Solstice’ were among his next notable roles.

Because of his outstanding performances, he was cast in the X-Men trilogy in 2006. In the film ‘X-Men: The Last Stand,’ he plays Pyro, a mutant with the power to manipulate fire.

In the meantime, he continued to appear on American television. He appeared in various TV shows, including the thriller ‘Traveler,’ in which he played Will Traveler. However, the show was later formally canceled due to a variety of factors.

‘Law & Order: Criminal Intent,’ in which he portrays Josh Snow, and ‘Nikita,’ a thriller TV series in which Stanford plays Seymon Birkhoff, are two other popular television programs in which he has appeared.
He also provided the voice-over for one of the characters in the video game ‘Call of Duty: World at War.’

‘Tadpole,’ Aaron Stanford’s debut film, is unquestionably one of his most important works. Stanford played Oscar Grubman, a smart fifteen-year-old youngster who is much mature for his age, in the romantic comedy directed by Gary Winick and written by Heather McGowan and Niels Mueller. He, on the other hand, finds girls his age immature and inexperienced in life, and develops a fondness for his stepmother Eve. The comedy revolves around Oscar’s obsession with her, despite her refusal to accept any of his advances. Oscar eventually finds that his preoccupation was not as essential as he had thought. The film grossed over $3 million dollars worldwide after receiving largely positive reviews. Aaron was also nominated for the Golden Satellite Award for his outstanding acting abilities.

‘X2’, commonly known as ‘X-Men 2,’ was another important picture in Aaron’s career, in which he played a mutant named “Pyro.” The film is an American superhero film based on the X-Men superhero team, which first debuted in Marvel Comics. It was released in 2003. Bryan Singer directed this film, which is the second episode in the X-Men trilogy, and Michael Dougherty, Dan Harris, and David Hayter wrote the screenplay. The majority of the film revolves around a top military commander’s plan to attack the mutants’ well-guarded mansion. It’s up to the X-Men to put an end to society’s growing fear of mutants while also saving the President’s life from a rogue mutant assassin. The picture, which is widely recognized as one of the best superhero films of all time, grossed roughly $85 million in its first few days.

Aaron Stanford was offered a position in the final installment of the X-Men series, ‘X-Men: The Last Stand,’ as a result of his performance. This picture, which won a number of awards, grossed roughly $459 million worldwide, making it the seventh-highest grossing film of 2006. Stanford resumed his role as Pyro, a mutant with the ability to control fire. According to Stanford, his character in the film doesn’t have to do much more than hang around and throw fire at people.

Stanford starred in Joe Leonard’s American film ‘How I Got Lost,’ which was released in 2009. He portrayed a banker who was severely shaken by the 9/11 terrorist attacks. The attacks of September 11, 2001, and the Northeast Blackout of 2003, both considered pivotal events in New York City, were the focus of the film. Stanford won the ‘NY Emerging Talent’ Award for this picture.

Stanford won the ‘Rising Star of Tomorrow’ Award at the 2004 Hamptons Film Festival for his performance of Gabe Winter in the film ‘Winter Solistice.’
Stanford received the ‘One To Watch’ award at the 2006 Young Hollywood Awards for his incredible talent.

Aaron Stanford is a bachelor who lives in Los Angeles, California, in the United States. David Stanford, his older brother, is a well-known composer.

Stanford enjoys both photography and playing cards, according to trivia. ‘Aries,’ a drama, was also written by him. This well-known actor descended from French-Canadian, English, German, and Irish forebears.

Aaron Stanford is a $500 thousand dollar actor from the United States. Stanford was born in Westford, Massachusetts in December of 1976 to Judith, an English professor, and Don, a publishing executive. Stanford began acting in high school and determined that it was something he wanted to pursue after graduation.