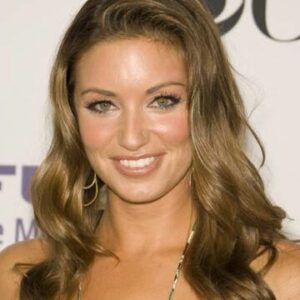 Bianca Kajlich is an American actress who has been in a number of critically and commercially successful films and television programs, including ‘Bring It On’ and ’10 Things I Hate About You,’ as well as popular TV series like ‘Rules of Engagement.’ She began her career in the performing arts as a ballet dancer with Edmonds, Washington’s ‘Olympic Ballet Theatre.’ Kajlich decided to convert to mainstream acting after seven years of experience, which included key roles in productions such as ‘The Nutcracker’ and ‘The River.’ She began her career with an ad for ‘Kragen Auto Parts,’ and went on to star in a number of big-screen movies, TV movies, and series. ’10 Things I Hate About You,’ ‘Bring It On,’ ’30 Minutes or Less,’ and ‘Halloween: Resurrection’ are among her significant flicks. She has lead parts in TV shows such as ‘Rock Me Baby,’ ‘Rules of Engagement,’ and ‘Undateable,’ as well as recurring appearances in shows such as ‘Boston Public,’ and ‘Vanished,’ in addition to playing in a number of TV movies. This beautiful and stunning diva has also appeared on Maxim’s Hot 100 Women list on several occasions.

Kajlich began her career as a professional dancer with the ‘Olympic Ballet Theatre’ in Edmonds, Washington, when she was still in her teens. She went on to take lead roles in various productions, including ‘The Swan,’ ‘The Nutcracker,’ and ‘The River.’ With a commercial ad as her debut acting venture, this gorgeous damsel set out to try her luck in mainstream acting.

She made her big-screen debut in the highly praised box-office blockbuster ’10 Things I Hate About You’ (1999), when she played a Coffee Girl, followed by another tiny role in ‘This Is the Disk-O-Boyz’ (1999). She also made guest appearances and cameos in TV shows such as ‘Freaks and Geeks’ (2000) and ‘Boston Public’ (2000-2001).
However, when the financial crisis began to take its toll, Kajlich began to consider other options. She landed the character of Carver as a replacement in the hit American adolescent comedy film ‘Bring It On,’ which was released on August 25, 2000, just as she was about to decide to return to Seattle. The hot diva never looked back after that, going on to star in a slew of films, TV movies, and series.

She took over the role of Sara Moyer from Jacinda Barrett in the eighth installment of the Halloween film series, ‘Halloween: Resurrection,’ which was released on July 12, 2002. Her screams were dubbed in the movie.
Moving on, she appeared in films such as ’30 Minutes or Less’ (2011), an American action comedy in which she portrayed a lap dancer named Juicy who is befriended by one of the film’s major characters, Dwayne; and ‘Dark Was the Night’ (2014), an American thriller in which she played Susan Shields.

In the American sitcom ‘Rules of Engagement,’ Kajlich landed the lead role of Jennifer Rhodes as a substitute from February 5, 2007 through May 20, 2013. Her second major series was ‘Undateable,’ in which she played Leslie Burton, the main character. From May 29, 2014, through January 29, 2016, the NBC series aired.

Bianca Kajlich is an American actress with a net worth of $3 million. Bianca Kaflich’s net worth is derived from her numerous roles in television and film. She was born Bianca Maria Kajlich in Seattle, Washington, on March 26, 1977, and is best known for her role as Jennifer on the CBS comedy Rules of Engagement (2007-2013).

She attended ‘Bishop Blanchet High School’ in Seattle, Washington, and then went on to ‘Washington State University’ in Pullman, Washington, to further her education.

She married soccer player Landon Donovan on December 31, 2006, but the couple split up in late 2009 and filed for divorce on December 23, 2010. On December 16, 2012, she married Michael Catherwood, an American radio personality. Magnolia, the couple’s daughter, was born in April of 2014.