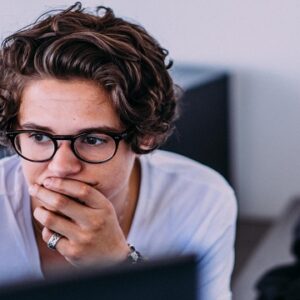 Bradley Simpson is a British pop singer who goes by the name Brad Simpson. He is most known for being the lead singer of ‘The Vamps,’ a British rock/pop band. He also plays rhythm guitar in this band, where he collaborates alongside lead guitarist James McVey, bassist Connor Ball, and drummer Tristan Evans. Simpson, who is also noted for his adorable features and charming grin, first expressed an interest in music when he was a baby. He aspired to be one of the world’s most famous artists and singers since he was a child. After joining the band The Vamps with a few other promising singers in 2012, the young man was given the opportunity to show off his ability to the rest of the world. ‘Can We Dance,’ the band’s breakthrough single, was quickly followed by another single. Both of these songs charted in the UK’s top ten singles. Simpson stayed with the band and has since become one of the most successful pop vocalists in recent history. On social media, the British singer has a sizable fan base. He currently has 1.1 million Instagram followers and 1.72 million Twitter followers as of May 2017.

The Career of Brad

In 2012, Brad Simpson joined the boy band ‘The Vamps.’ The next year, he and his band members released their first original song, “Wildheart,” on YouTube.

The band released the music video for their debut single ‘Can We Dance’ on August 6, 2013. In just two weeks, this video had over a million views! It also came in second place on the UK Singles Chart. On January 19, 2014, Simpson and his band released their second song, “Wild Heart.”

This song reached number three on the UK Singles Chart. After that, they released their third song, ‘Last Night,’ which reached No. 2 in the UK.

‘Meet the Vamps,’ their debut studio album, was released in April 2014 and was a huge success. ‘Somebody to You,’ for example, was one of their biggest hits.

In May 2014, Simpson’s band released a new version of the song “Somebody to You” as their first official single in the United States, followed by an EP of the same name in August 2014. The singer then released his second studio album, ‘Wake Up,’ in November 2015, in partnership with his band.

Simpson and his band recorded a track for the animated film ‘Kung Fu Panda 3’ the following year. That year, they also released the first song off their third album, ‘All Night.’

‘Middle of the Night,’ their second single from the upcoming album, was released in April 2017. The band was featured alongside Sabrina Carpenter and Mike Perry on ‘Hands’ in May 2017.

They supported Selena Gomez on her ‘Stars Dance Tour’ in 2013, in addition to their own tours. In 2014, Taylor Swift’s ‘Red Tour’ was released.

From March 12 to April 1, 2014, The Vamps supported The Wanted on their ‘Word of Mouth Tour’ in the United Kingdom and Ireland.

Brad Simpson and his band earned the ‘4Music Video Honours Award’ for ‘Your Best Breakthrough’ in 2013 as well as ‘The Hot Hits Awards’ for ‘Favorite New Artist’ and ‘Best Group,’ respectively.

Brad Simpson was born on July 28, 1995, to English parents Bradley William Simpson. He grew up in the Royal Town of Sutton Coldfield in the United Kingdom.

The media has little information regarding his early life or educational background.
Natalie, his older sister, is on her way to becoming The Vamps’ first official photographer.

Jesse is the name of Simpson’s dog. In terms of his personal life, the pop singer was thought to be dating singer Lauren Jauregui.

Brad Simpson, a well-known pop singer, is worth $10 million.