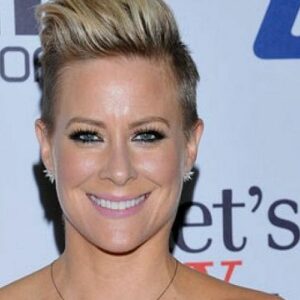 Brittany Ann Daniel is an American actress who works in television and film. Brittany Daniel is best known for her roles as Jessica Wakefield on the 1990s syndicated teen drama ‘Sweet Valley High’ and Kelly Pitts on the comedy-drama series ‘The Game’. Brittany and her twin sister both began their careers in the entertainment industry when they were very young. She began her career in modeling at the age of 11 and moved into television acting while still a teen. Following that, she received offers from the film industry, prompting her to venture into this field as well. Her television and film roles kept her busy until 2011 when she was diagnosed with stage IV non-lymphoma. Hodgkin’s She immediately began chemotherapy with the full support of her sister and mother. After a lengthy treatment regimen, she is now cancer-free and healthy. While Brittany has been nominated for numerous awards, she has won the Young Artist Award for ‘Sweet Valley High’ and the Best Actress award at the New York International Independent Film & Video Festival for ‘Last of the Romantics’.

Brittany Daniel was born in Gainesville, Florida, USA, on March 17, 1976, to Carolyn and Charlton Bradford Daniel, Jr., who was then running for Mayor of Gainesville.

Her father died in 2008 after a battle with cancer. Cynthia is her twin sister, and Brad is her elder brother. Brittany graduated from Gainesville High School in Gainesville, Florida.

The sisters began modeling at a young age. They were signed by The Ford Modeling Agency in New York City when they were 11 years old. They were also featured in the teen magazines ‘Seventeen’ and ‘YM’ in the United States. They appeared as the Doublemint Twins in advertisements for Doublemint gum.

Brittany Daniel began her acting career in 1989 with a role in ‘The New Leave It to Beaver,’ an American sitcom sequel to the original ‘Leave It to Beaver.’ She moved to New York in 1992, when she was sixteen, to play Mila Rosnovsky on the syndicated American teen drama ‘Swan’s Crossing,’ which aired for thirteen weeks from June 29 to September 25, 1992.

Following graduation from high school, she was cast as Jessica Wakefield in the television series ‘Sweet Valley High,’ a comedy-drama based on Francine Pascal’s book series of the same name. It aired from September 5, 1994 to October 14, 1997, and was produced by Saban Entertainment. Cynthia, Jessica’s twin sister, played the role of Elizabeth, Jessica’s twin.

While working on ‘Sweet Valley High,’ the sisters received an offer to star in their first film, ‘The Basketball Diaries,’ a 1995 American crime drama directed by Scott Kalvert. It was based on Jim Carroll’s autobiography of the same name.

Brittany continued acting in television series and films after ‘Sweet Valley High’ was canceled in 1997. She made her television debut in 1999 with a role in ‘Dawson’s Creek,’ a teen drama television series about the lives of a group of high school friends. The show also included segments about their college years. The series aired from 1999 to 2003.

In 2000, she starred in Mario Azzopardi’s TBS television film ‘On Hostile Ground.’ In 2001, she was cast as Brandy, David Spade’s love interest, in ‘Joe Dirt,’ an adventure comedy film written and produced by Spade and Fred Wolf.

In 2002, she starred as one of the series’ lead characters in the Fox sitcom ‘That ’80s Show,’ which aired from January to May 2002. Despite the fact that it features many of the same writers and production staff as ‘That ’70s Show,’ it is not a direct sequel. In the same year, she appeared on ‘That ’70s Show’ as Eric Forman’s cousin Penny.

She also appeared as Carmen, a transsexual, on the show ‘It’s Always Sunny in Philadelphia’ in 2002. It is a black comedy television sitcom that premiered on FX in 2005 and was later moved to FXX for the ninth season.

She was cast as the lead in The CW Television Network’s comedy ‘The Game’ in 2006, a role she retained until 2011. It was a Mara Brock Akil-created comedy-drama television series that premiered on October 1, 2006. She left the series in 2011 due to a critical illness, but returned in 2014.

Brittany Daniel appeared in the thriller film ‘Skyline’ in February 2010. It is a science fiction thriller about an alien invasion directed and produced by Brothers Strause. On November 12, 2010, the film was released.

Brittany Daniel is best known for her role in ‘Sweet Valley High,’ an American comedy-drama series based on Francine Pascal’s book series of the same name. The series, which aired from 1994 to 1997, was a huge hit with teenagers and helped launch Brittany’s career as a young actress.

In 2007, she won the Best Actress award at the New York International Independent Film & Video Festival for ‘Last of the Romantics’. She was also nominated for an MTV Movie Award in the category Best Kiss for ‘Little Man’ that year.

Brittany Daniel revealed in March 2014 that she had previously battled stage IV non-lymphoma. Hodgkin’s In the summer of 2011, while preparing for another season of ‘The Game’ and anticipating relocating, she experienced acute back pain and flu-like symptoms.

After seeing a doctor, she was informed that she had stage IV non-lymphoma. Hodgkin’s She immediately began chemotherapy. She is now cancer-free and healthy.

Brittany Daniel proposed to boyfriend Adam Touni in December 2016. He proposed to her while they were hiking in Marin County’s Tennessee Valley Cove. The engagement ring was designed by Adam Touni’s family friend Jeanette Blacy of Blacy’s Fine Jewelers. The couple tied the knot in July 2017.

She was previously linked to actor Keenen Ivory Wayans. In an interview, she stated that she maintains cordial relationships with her ex-boyfriends and only terminates the relationship when things deteriorate.

She is an avid bungee jumper, rollerblader, hiker, and rock climber. Additionally, she enjoys unwinding by sleeping on the beach.

They were represented by the Ford Agency and appeared in a variety of magazines, including Seventeen and YM, as well as commercials.