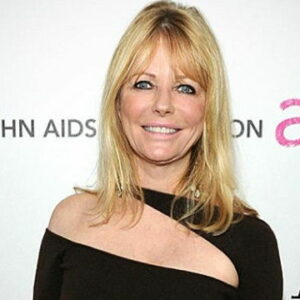 American supermodel, actress, and fashion designer Cheryl Rae Tiegs rose to fame in the 1970s and is now regarded as a cultural icon. She became incredibly well-known thanks to her numerous covers for the “Sports Illustrated Swimsuit Issue” and the “Pink Bikini” poster from 1978. Tiegs, a native of Minnesota, started working in the fashion business when she was still a high school student. When she was 17, she earned the chance to appear on the cover of “Glamour” magazine, which was her big break. She also appeared on the covers of “Seventeen,” “Elle,” and later “Vogue” and “Harper’s Bazaar” that same year. She unquestionably dominated the modeling profession for a decade as its biggest star, and in 1980, she established her own apparel and accessory line for Sears, ushering in a new era in her career. It ended up being a big success, generating sales of around a billion dollars in just ten years. She successfully launched her own sportswear company in the years that followed, as well as a line of wigs and hair products for Revlon. She made her on-screen debut in the TV show “Moonlighting” in 1986. Since then, she has participated in “Celebrity Apprentice” as a contestant and played a big part in “Sharknado: The 4th Awakens.” Tiegs has contributed to numerous charitable organizations throughout the years, including the Farrah Fawcett Foundation, City of Hope, and Planned Parenthood.

Cheryl Tiegs is a US citizen who was born in Breckenridge, Minnesota, on September 25, 1947. Her parents are Phyllis and Theodore Tiegs. Her father, a former car assembly line worker who became a funeral director, and She and her family moved to Alhambra, California, when she was five years old, and she attended Alhambra High School there.

She was chosen to model a swimming suit during her senior year for Cole of California. She was able to launch her modeling career thanks to the advertisement that appeared in “Seventeen.”

After seeing the bathing suit ad, the ‘Glamour’ editorial team got intrigued by Cheryl Tiegs. Without ever holding a formal face-to-face interview, they engaged her for a photo shoot in Saint Thomas with Ali MacGraw, which later resulted in her appearing on the magazine’s cover. She then made several other cover appearances in publications like “Seventeen,” “Elle,” “Vogue,” and “Harper’s Bazaar.”

She agreed to a two-year contract with “Cover Girl” cosmetics in 1979, and it is said that she received $1.5 million in compensation. It was the largest contract ever signed by a model and a brand at the time.

In 1978, she met photographer Peter Beard while visiting New York. The next year, they embarked on a photographic journey to Kenya to look into the management and widespread extinction of African animals. Their voyage was documented in the Emmy-winning documentary “Africa: End of the Game.”
She traveled back and forth between America and Hog Ranch in Kenya over the ensuing few years. In 1979, The LOOK magazine dubbed her “The New African Queen.” She posed for the cover of “Outside” a year later.

She started her career as a fashion designer in 1980 by launching personal clothes and accessory brand for Sears. She established the standard in this endeavor as well, becoming the first supermodel to invest in retail, as she has done in most of her endeavors. With sales approaching $1 billion in 1989, her brand aided Sears in turning around its financial situation.

In 1995, she established Cheryl Tiegs Sportswear and promoted the brand by making numerous QVC appearances. She launched a range of wigs and hair accessories in association with Revlon.
She defied ageism in the fashion business in 2001 when she appeared in a bikini on the cover of “More” at the age of 54.

She made her acting debut in 1986’s ABC comedy-drama “Moonlighting.” Her subsequent appearance was in 1995’s “The John Larroquette Show” episode as Lola Valenti. Additionally, she has made cameos in the web series “Childrens Hospital” and the NBC television series “Just Shoot Me!” (2000–2002). (2015).

In the 2003 American independent art house drama movie “The Brown Bunny,” she made her big-screen debut. She played Raye Shepard, the mother of Fin Shepard, the series’ male lead, in the 2016 comedy-horror movie “Sharknado 4: The 4th Awakens.”

She played herself in two episodes of Seth MacFarlane’s “Family Guy,” “Tiegs for Two” (2011), and “Valentine’s Day in Quahog” (2013). She participated as a contestant in season 12 (2012) of “Celebrity Apprentice,” with the revenues of her victories going to the Farrah Fawcett Foundation. She has also served as a judge on ABC’s “True Beauty,” as well as the host of “Pathfinders: Exotic Journeys” on the Travel Channel.

Cheryl Tiegs is not just an enthusiastic supporter of the Farrah Fawcett Foundation but also a member of the Earth Conservation Corps and C.O.A.C.H. for Kids boards of directors. She is also the ambassador for Planned Parenthood and the spokesman for City of Hope, a private, non-profit clinical research center, hospital, and graduate medical school in Duarte, California. Tiegs has also given her support to organizations like I Am Waters and the Macula Vision Research Foundation.

She has spent her entire life protecting the environment, so she went on an Arctic adventure to learn more about its consequences. She participated in a General Motors environmental program in which she promoted the idea of zero emissions by driving a hydrogen-powered vehicle. She discussed living sustainably in a 2010 episode on Planet Green’s reality series “Living with Ed.”

Cheryl Tiegs was recognized by MAC Cosmetics as the inaugural MAC Fashion Icon in 2000.
In 2004, she was added to the “Hall of Fame” for the 40th anniversary of the Sports Illustrated Swimsuit Issue.

She was recognized as the Green Star of the Week by Access Hollywood in 2010 for her environmental activism.

Stan Dragoti, a future film director and advertising executive, was Cheryl Tiegs’ first husband. The couple was married from 1970 till 1979. After that, she fell in love quickly with photographer Peter Beard, with whom she later wed on May 24, 1981. She started dating aspiring actor Anthony Peck, the son of Hollywood legend Gregory Peck, after their divorce in 1983, and they got married on November 23, 1990. On October 1st, 1991, their son Zackary Anthony Peck was born. The divorce between Tiegs and Peck was finalized in 1995.

Rod Stryker, a writer and yoga instructor, was her most recent husband. The ceremony was held on May 30, 1998. She gave birth to twin boys, Jaden Joseph Stryker and Theo Reid Stryker, through surrogacy in July 2000. On October 8, 2001, her fourth divorce was legally finalized.

As of right now, Tiegs dwells in Bel Air, California. Along with Dan Buettner, a biker and novelist, she also spends a considerable portion of the year in Minnesota.

Cheryl Tiegs, an American model, actress, and writer, has a $30 million net worth. Many people agree that Cheryl Tiegs was the first supermodel in America. She started performing in the 1970s and is most recognized for her several covers of Sports Illustrated Swimsuit Issues. In addition, Tiegs frequently appeared on the cover of Time magazine and was featured in 1978’s well-known “Pink Bikini” poster.

Tiegs is a spokesperson for Cambria, a manufacturer of engineered quartz surfaces, as well as for Deepak Chopra’s lifestyle program “Renewal: A Time for You.”