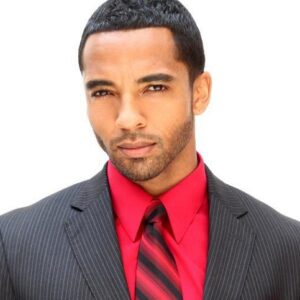 Christian Keyes is an actor and producer from the United States. He is most recognized for his part in the 2015 film “The Man in 3B” as Slim. He has also appeared in a number of other films and on television. ‘What’s Done in the Dark’ and ‘Madea Goes to Jail’ are two of his memorable stage appearances. He’s also been in a number of music videos. He is well-known for his singing abilities in addition to his acting. He was recently cast in the soap opera ‘Saints & Sinners’ as the male lead. He has participated in multiple music videos with Keri Hilson and Ashanti, including ‘The Way That I Love You’ and ‘Energy.’ He has been in advertisements for major brands such as Nike, Tide, Acura, and others. Before shifting his attention to acting and modeling, the young idol worked as a fitness teacher. For a short time, Keyes dated Baje Fetcher, but the relationship ended.

Christian began his modeling career as a model. He began his acting career on stage. In 2005, he made his cinematic debut in the comedic drama film ‘Diary of a Mad Black Woman,’ in which he played a minor role.

Between 2007 and 2010, he appeared in a number of television sitcoms, including ‘Brothers & Sisters,’ ‘Family Time,’ ‘Instant Mom,’ ‘Beauty and the Beast,’ ‘Born Again Virgin,’ and a few more. He starred in the film Perfect Combination in 2010.

Other films and TV shows in which he appeared include ‘Lord, All Men Can’t Be Dogs,’ ‘Note to Self,’ and ‘Act Like You Love Me.’

In 2015, he was cast in the mystery crime thriller The Man in 3B as Slim, a pivotal part. His major break came in 2016 when he was cast as the lead in the Bounce TV series ‘Saints & Sinners.’ The series depicts tensions between members of a Baptist Church. In this series, he plays Levi Sterling. In 2017, it was renewed for a second season.

What is it about Christian Keyes that makes him so unique?

Christian is well-known for his flawless physique and attractive appearance. Christian enjoys putting in long hours at the gym. He has previously worked as a personal trainer. He prefers to keep things private rather than broadcast everything on social media. His down-to-earth demeanor is highly admired.

Christian Keyes, when asked about his nationality, says he is glad to be black and that no matter where his ancestors come from, he will always be an American.

In addition, the multi-talented performer appeared in an Ashanti song video. As a result, his diverse talents, well-toned body, and good nature distinguish him.

Christian Keyes was born in Detroit, Michigan on July 24, 1975. His family thereafter relocated to Flint, where he spent the majority of his youth. Christian has always desired to work in the music industry since he was a child. However, compared to acting, he did not have as many opportunities in the sphere of music. He eventually opted to pursue a career in acting first, then move on to music later. He began his education in a variety of schools, especially in musical theaters.

During his time at Ferris State University, he took a number of acting classes. Jeffrey Wright, Robert De Niro, Will Smith, Anthony Hopkins, Meryl Streep, Denzel Washington, and Don Cheadle are among the actors who have influenced him.

He was in a relationship with Baje Fetcher for a short time. His current whereabouts are unknown because he chooses to keep his personal life private. He has a son named Christian as well.

Christian Keyes has a net worth of $1.5 million dollars as an actor and producer in the United States. Christian Keyes was born in July 1975 in Detroit, Michigan. From 2011 until 2014, he played as Troy in the television series Let’s Stay Together. Diary of a Mad Black Woman, Madea Goes to Jail, Truly Blessed, Perfect Combination, Lord, All Men Can’t Be Dogs, The Perfect Man, He’s Mine Not Yours, Dysfunctional Friends, The Good Life, Note to Self, What She Wants for Christmas, Winnerz, The Prayer Circle, Act Like You Love Me, Black Coffee, Four Seasons, Lap Dance, and The Man in 3B are among the films in which Keyes has appeared.