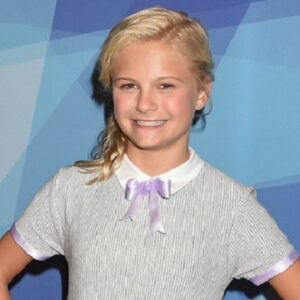 Ventriloquist Darci Lynne Farmer is from the United States. She is best known for being the 12th season of “America’s Got Talent” champion. She became the third female, third female child, and third ventriloquist to win the competition. Farmer has appeared as a guest on numerous programs and occasions since winning. She is currently on tour with “Darci Lynne and Friends Live.” Regarding her reputation, Farmer has made an impression on a number of well-known performers. Terry Fator, a well-known ventriloquist, believes she is among the best in the world. Farmer is a very talented actor, singer, and comedian, according to professional ventriloquist Sammy King. The young performer is referred to as “a wonderfully talented girl” with “almost perfect” ventriloquism by American actor and ventriloquist Jay Johnson. Farmer, a young woman who attends school, resides with her parents and three brothers.

Darci Lynne Farmer took home the top honor at “Edmond’s Got Talent” in 2014. The following year, she won first place in the junior division of both “Oklahoma Kids” and “Oklahoma’s Got Talent.” In Missouri, she also took home the trophy for Entertainer of the Year overall. She then quickly made an appearance on “Little Big Shots” (U.S.)
Farmer was the first young ventriloquist to appear in a nighttime performance at the Vent Haven International Ventriloquists’ ConVENTion in July 2016. She then made an appearance on “Little Big Shots” (UK). The 12th season of “America’s Got Talent” featured Farmer, who went on to win the competition. She received an invitation to “The Ellen DeGeneres Show” in September 2017. The young performer made an appearance on Jeff Dunham’s video for “The Haunted House on Dunham Hill” in December of that year.

Farmer also gave performances in 2017 at a number of occasions, such as “One Night with the Stars” and a New Year’s Eve celebration at Caesars Palace in Las Vegas. She also participated in a Terry Fator performance at the Hard Rock Hotel & Casino Tulsa in Catoosa, Oklahoma, that same year. On November 28, 2017, it was revealed that Farmer would soon embark on the “Darci Lynne and Friends Live” national tour.

Misty and Clarke Farmer welcomed a daughter into the world on October 12, 2004, in Oklahoma City, Oklahoma, the United States. Nick, Nate, and Dalton are the names of three of her brothers. She attended Deer Creek Middle School, a neighborhood school in Edmond, Oklahoma, close to her home.

Farmer is currently active on Twitter, Facebook, and Instagram. She currently has a huge following on these social networking sites, numbering in the hundreds of thousands. She also maintains a personal website where she posts her videos, news about her upcoming performances, newsletters, and other information.

American ventriloquist and television celebrity Darci Lynne Farmer has a $8 million net worth. When Darci Lynne Farmer made an appearance on the television variety program “Little Big Shots,” she first received widespread acclaim. The following year, when she won the 12th season of “America’s Got Talent,” she became even more well-known. Since then, Lynne has appeared on numerous additional television shows and taken her ventriloquy puppets on numerous tours. She received a $1 million prize and a performance of her own in Las Vegas after winning America’s Got Talent.