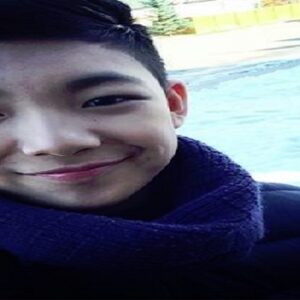 There is a reason why Darren Espanto is frequently referred to as “The Total Performer” by both the media and his throng of admirers. The 15-year-old performs as a saxophone, drummer, pianist, and top-tier pop singer. He has reached the pinnacle of the teen pop music business thanks to a musical journey that started at talent shows. Today, Darren Espanto is one of the most in-demand and financially viable young pop artists around, and his fan base extends beyond the Philippines and Canada, where he was born and raised. The devoted legions of “Darrenatics” that support their favorite artist ensure that every show is sold out and that every album is a hit both in the United States and around the world. What, then, is it about this young man whose artistic path has enthralled the world? Let’s make an effort to clarify the phenomenon that is Darren Espanto!

When Darren was a 10-year-old virtuoso and the winner of the 2011 Pinoy Singing Sensation competition in Canada, the world first got a glimpse of him. That merely served as a precursor to bigger things to come. He competed in the popular Canadian reality television program “The Next Star” in 2012, where he met some of the biggest names in the entertainment industry. Darren went on to make history by becoming the youngest finalist to ever be selected for the Top 6 in the show’s history. During his time on the show, he also gave a well-received performance of his original song “Gotta Give A Little Extra.”

In order to compete in the first season of the Philippine reality television program “The Voice Kids,” Darren traveled back to his native country in 2014. He displayed his potential to be the competition’s ultimate show-stopper, and at one point, Lea Salonga, a well-known singer from the Philippines, publicly expressed her admiration for him by saying, “To every person Darren idolized, this is a warning to all of you: this kid will outshine you someday.”

Darren managed to recreate what he achieved in Canada through “The Next Star” and establish himself as a blazing star in the firmament of teen pop music in both of these nations, despite losing to LycaGairanod in the final round.

Why Darren Is So Special?

The USP of Darren is his adaptability. He is a talented musician who can play the piano, saxophone, and even the drums in addition to being a brilliant singer. He has thereby achieved a level of rhythm and beat mastery that many of his classmates could only dream of. This all-around artistry distinguishes him from the competition and gives him the moniker “The Total Performer.”

He is a unique example of a talent that is both foreign and domestic at the same time to his fans in both the east and the west. He can simply flip between genres, whether it is Western Pop or Easter OPM, and this is exactly why he is so well-liked and commercially viable in both Asia and North America.

Past Fame of Darren Espanto

After “The Voice Kids,” Darren made the decision to relocate to the Philippines in an effort to advance his acting and OPM careers. His career has soared in the past few years thanks to Sarah Geronimo, his coach and mentor, and her skillful direction. He released his debut studio album, titled “Darren,” on the MCA Music Inc. label in late 2014. The album was the most costly studio release by a Filipino artist and debuted at No. 1 on the Apple iTunes store. It has now been awarded the Platinum certification. It also opened the way for Darren Espanto to top the charts as the country’s youngest performer. In 2016, a lot of excitement surrounded the release of his second album, “Be with Me.”

Due credit must go to Darren’s parents, who played a significant role in influencing their son’s career. As Darren continues his path topping charts, performing in front of enthusiastic crowds all over the world, and mesmerizing everyone, they deserve recognition. When the toddler began singing well-known Disney songs from movies like “The Lion King” and “Sleeping Beauty” at the age of two, the Espantos realized their son was unique. Filipinos are naturally talented musicians, and Lyndon and Marinel Espanto invested a lot of time and effort into developing little Darren’s abilities. He became the amazing singer and seamless synthesis of the two worlds that he is now as a result of this. We have an artist in Darren Espanto who, through his unique talent, unites the east with the west. He is the ideal illustration of the idea that music is a universal language, and we are confident that he will keep amusing us for many years to come.

One of the wealthiest and most well-known performers of world music is Darren Espanto. Our study of Darren Espanto’s net worth from sources including Wikipedia, Forbes, and Business Insider indicates that it is roughly $1.5 million.

The public praised Darren for his rendition of Sia’s “Chandelier,” with stars like Nicki Minaj, Jessie J, and Ashton Kutcher applauding his performance.