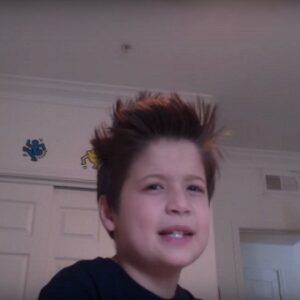 Davis Cleveland is an American actor who is best known for portraying Flynn Jones in the Disney Channel original series ‘Shake It Up.’ He is 14 years old. He’s also been seen in advertisements for McDonald’s and General Mills Cereal. He not only acts, but he also composes his own songs and can rap. ‘How I Met Your Mother,’ ‘Criminal Minds,’ ‘Hannah Montana,’ ‘Good Luck Charlie,’ ‘Alone For Christmas,’ ‘Zeke and Luther,’ and ‘Desperate Housewives,’ among others, have featured him in cameos.’ Davis noted in a 2011 interview that working with the entire cast and crew of ‘Shake It Up’ was a fun and incredible experience. Not only that, but he went on to claim that working on set was almost as enjoyable as visiting Disney World!

Davis began performing when he was a child. He first appeared in a few commercials before going on to star in an episode of the iconic show ‘How I Met Your Mother’ in 2008. In the same year, he played Ricky in the crime drama ‘Criminal Minds.’ He proceeded to feature in minor roles in a variety of television series the following year. He landed one of the lead roles in the Disney Channel Original Series ‘Shake It Up’ in 2010. In the series, he played Flynn Jones, CeCe Jones’ (Bella Thorne’s) naughty and fun-loving younger brother. In total, he appeared in 75 episodes of the show. Manny Garcia, one of the main characters in Nickelodeon’s original television movie “Rufus,” is one of his most recent roles. On January 18, 2016, the film was released.

Davis is not only a talented actor, but he is also a talented dancer. He has a lighthearted personality and believes he would make a good comic. He enjoys sports as well. Swimming, skateboarding, rollerblading, and other strenuous activities are among his athletic abilities. He also enjoys practicing martial arts in various forms.

Davis has been nominated twice for the Young Artist Award for Outstanding Young Ensemble in a TV Series for his outstanding performances in a variety of series and films. These nominations were given to him for his involvement in the hit television show “Shake It Up.” Davis has a second YouTube channel where he posts his rap videos and other music videos in addition to his official channel. He also enjoys music composition and has created a music video titled ‘Monster Mash.’ The song features Adam Irigoyen and Kenton Duty and is a groovy number.

Davis is participating in a number of fundraising efforts and charity events to support disease research and awareness. He has raised a significant sum of money to aid in the search for a cure for Cystic Fibrosis. He has aided in the organization of walks and other events to benefit the cause. He has already visited the Houston Children’s Hospital and followed the lives of Cystic Fibrosis patients. He has been paying close attention to the treatment of a young woman named Maci Drewry. Her videos and struggle with the condition motivated him to join the cause and contribute to the research.

Davis’ father, Anthony, is a businessman, and his mother, Kendall, was a model. Davis’ parents split when he was still a baby. He has three brothers and sisters. He first became interested in performing when he was a child, and he has liked it since he can remember! Playing video games is one of his favorite pastimes. He considers himself to be a Christian. He is an inspiration for many young people throughout the world because he is so popular and philanthropic at such a young age.

Cleveland, Davis Davis Cleveland has a net worth of $2 million dollars as an American kid actor and rapper/singer. He is best known for his role as Flynn Jones on the Disney Channel original series Shake It Up. He was born on February 5, 2002 in Houston, Texas. He enjoys martial arts training and playing the guitar, as well as video games, skating, and rollerblading.

Davis enjoys writing music and playing the guitar. He is also enthusiastic about many forms of martial arts.