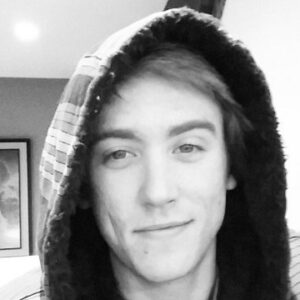 While toddlers are known for their playful nature and acting styles that they often imitate in their own unique ways depending on their mood of the day, Dylan and his twin brother, Blake, were given the opportunity to showcase their talent when they were around two years old in the American sitcom ‘Full House.’ The popular series, created by Jeff Franklin for the ‘American Broadcasting Company,’ aired for eight seasons from September 22, 1987, to May 23, 1995, with the twin brothers playing Alex (Dylan) and Nicky (Blake) in the latter three seasons.

With their amazing comic timings, free flow acting, and line delivery, the twins mesmerized the audience at the tender age of two, earning millions of hearts. The two’s hilarious and amazing performances nearly split the audience in half with laughter. However, as a result of their fame, Dylan and Blake avoided acting and went about their daily lives as usual. Dylan received his high school diploma from ‘John Burroughs High School’ in Burbank, California, in 2009.

He grew to appreciate music over time. He is a multi-instrumentalist who began his career in the entertainment industry as a Foley artist, creating ordinary sound effects for films and other media. The open world third-person shooter video game ‘Sunset Overdrive,’ produced by ‘Insomniac Games’ and released in October 2014; the Tegan Shohet directed short film ‘Bluffing,’ released in 2014; and the 2015 television movie ‘Point of Honor,’ broadcast in 2015.

He went on to work in larger projects such as the 2015 American action film ‘Furious 7’ and the horror comedy film ‘Scouts Guide to the Zombie Apocalypse,’ as well as 30 episodes of the American fantasy drama TV series ‘Game of Thrones’ in 2016 and 20 episodes of the American historical adventure TV series ‘Black Sails,’ among others. For his work in the ninth episode of the fourth season of ‘Game of Thrones,’ titled ‘The Watchers on the Wall,’ he was nominated in the 2014 ‘Primetime Creative Arts Emmy Awards’ in the category of ‘Outstanding Sound Editing for a Series.’

In 2015, it was revealed that the Wilhoit brothers would reprise their roles in the ‘Full House’ sequel, ‘Fuller House.’ After six years of college, Dylan and Blake joined the ensemble cast of the series, which includes most of the original cast members of ‘Full House,’ as Alex and Nicky, respectively, who have become fish taco truck operators. The first episode of the series aired on February 26, 2016. Dylan shared a snapshot of his ‘Fuller House’ script with the phrase “What?” and an emoji on his Instagram account during the filming of the series.

Dylan is one of the wealthiest TV actors and one of the most popular. Dylan Tuomy-net Wilhoit’s worth is estimated to be $1.5 million, according to Wikipedia, Forbes, and Business Insider.