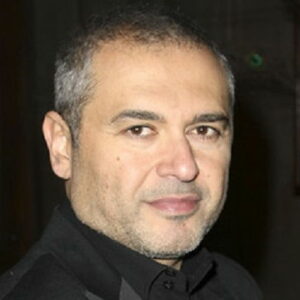 Elie Saab was born and raised in Lebanon, where he showed an early aptitude for and a love of fashion and design. Despite coming from a low-income family and going through the difficulties of war, this young prodigy showed an extraordinary talent for costume design. He used his sisters as models when he was little to draw drawings on sheets of newspaper. He would dig through his mother’s wardrobe in search of materials for his creations, which he would then test on his sisters. He dropped out of college in Paris because he couldn’t wait any longer and went back to his hometown to launch his own company. At the tender age of 18, he established his first atelier in Lebanon. He transitioned from dressing low-class women to high society women as his popularity developed. His reputation skyrocketed after Halle Berry wore one of his creations to the Oscars. Now, his creations can be seen on royalty and on the red carpet alike. He is able to create stunning clothing that embodies the finest of both worlds by fusing his love of the west with his love of his native country. This talent is what makes him so well-liked and prosperous. Read on to learn more about his life and accomplishments.

Elie Saab was born on July 4, 1964, into a Maronite Catholic household in the neighborhood of Beirut, Lebanon. His father was a timber dealer, and he is the oldest of five kids.
His hometown of Damour was devastated by the PLO in 1976. (Palestinian Liberation Organization). So that they might be nearer to his father’s family, his family relocated to Beirut.

At the age of nine, he started displaying a passion for design and taught himself to sew. He would use his sisters as models while making newspaper patterns. He would search his mother’s wardrobe for whatever clothing he could incorporate into the outfits he would show off on his sisters.

In order to study design, he relocated to Paris in 1981, but he ultimately decided to go back to Beirut. He didn’t want to put off starting his clothing design any longer.

His reputation grew, and he soon began dressing high-class women instead of just the people in his area. He joined the Italian “Camera Nazionale Della Moda” in 1997. He was the organization’s first non-Italian member.
In 1997, he presented his first exhibition outside of Lebanon in Rome. The next year, he established a ready-to-wear line in Milan, Italy.

He held a fashion presentation in Monaco in 1998. Stephanie, Princess of Monaco, saw the performance.
When she assumed the throne of Jordan in 1999, Queen Rania donned one of his creations.
According to reports, one of his costumes that was heavily embellished with diamonds and emeralds went for $2.4 million.

Halle Berry won the best actress Oscar in 2002 while wearing one of his creations, a burgundy dress. He was the first Lebanese fashion designer to outfit a performer at the Oscars. Elie Saab became a big success as a result, and he was deluged with requests for interviews and television appearances. The next year, Halle Berry returned to the Oscars in a gold dress that was another of his creations.

He joined the organization that controls French fashion, the “Chambre Syndicale de la Haute Couture,” in 2003. The highest accolade a non-French member can receive is this. In the same year, he debuted his first haute couture collection in Paris.

His first ready-to-wear fashion show took place in Paris for the Spring/Summer 2006 collection. Since that time, the “City of Light” has served as his permanent ready-to-wear runway.

Le Perfum, Elie Saab’s debut fragrance, was released in 2011. In fifteen nations, his perfume became a best-seller.
The Lebanese American University, which has campuses in Beirut and Byblos, introduced a Bachelor’s degree in fashion design in 2012 in collaboration with the London College of Fashion.

He made an appearance as a judge on “Project Runway: the Middle East,” the Arabian adaptation of the popular American reality TV program “Project Runway,” in 2016. The participants compete against one another to design the greatest outfits within a set time, budget, and topic, according to the show’s concept.

He opened boutiques in Paris, London, and Manhattan between 2015 and 2017.
Princess Beatrice of York, Princess Margaretha of Liechtenstein, Beyonce, Angelina Jolie, Mila Kunis, Grand Duchess Maria Teresa of Luxembourg, Emma Watson, Princess Madeleine of Sweden, Catherine Zeta-Jones, Princess Claire of Luxembourg, Christina Aguilera, and Katy Perry are just a few of the royalty and celebrities he has dressed.

Halle Berry’s 2002 Oscar presentation in a dress by Ellie Saab propelled him into the fashion limelight in Hollywood. He was the first Lebanese fashion designer to dress an Oscars-attending star.

Claudine Saab is Elie Saab’s wife. When her mother stopped by one of Elie’s stores, he met his future wife. Michel, Elie Jr., and the couple’s three boys, Celio, are all born.

The well-known designer is said to be worth $200 million. His self-made riches come from owning franchises for 100 boutiques throughout the world, and his designs are sold in 42 different nations.

One of the wealthiest and most well-known fashion designers is Elie Saab. Elie Saab’s net worth is roughly $1.5 million, according to our analysis of data from sources like Wikipedia, Forbes, and Business Insider.

This well-known designer owns residences in France, and Switzerland, and three properties in Lebanon (Gemmayze, Rabieh, and Faqra). Their sons reside in Geneva, despite the fact that he and his spouse visit all of their residences.