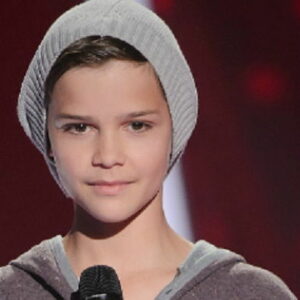 Australian singer Ethan Karpathy is best known for participating in the first season of the reality singing competition “The Voice Kids” (Australian version). He is also well-known for playing in the band “In Stereo” with his friends Chris Lanzon and Jacob Delgado. Karpathy, who is currently signed to Warner Music Australia, has collaborated with his bandmates to record a variety of songs, EPs, and covers; their most well-known work being the EP “She’s Rock n Roll.” The Australian performer also has a YouTube account with the same name, where he posts his original music, cover songs, and other videos. As of April 2018, this channel had 285k views and over 13k subscribers. Additionally, Karpathy has a sizable following on Facebook, Twitter, and Instagram. The little guy has a bright career ahead of him thanks to his excellent singing abilities, authoritative presence, and high level of confidence.

Ethan Karpathy started singing when he was very young. His debut performance was on the inaugural season of “The Voice Kids” in Australia. He was, however, eliminated in the eighth show after the sing-offs. He then joined forces with Jakob Delgado and Chris Lanzon to form the boy band In Stereo. The group subsequently started posting their covers to their YouTube page.

They gave an ‘X Factor Australia’ audition in 2015 but were unsuccessful in moving on to the finals. The band later signed with Warner Music Australia in 2016. They published their first Extended Play (EP) that year, named “She’s Rock n Roll.” In Stereo took part in the Honest Tour during that same year. Karpathy and his bandmates are currently hard at work posting their renditions to their YouTube page. They also give stage performances at other occasions and events.

Additionally, Ethan Karpathy spends part of his downtime working on his YouTube channel. The public may view a lot of content on his collaboration channel, “in stereo,” even though he hasn’t posted anything on his self-titled channel.

Since its launch on June 5, 2015, the channel has gained more than 27k subscribers and received over 1.6 million views (April 2018). The most watched video on this channel is a cover of Aston Merrygold’s “Get Stupid.” The video has received over 200k views since it was posted in September 2015.

On November 17, 2000, Ethan Karpathy was born in Sydney, Australia. Tilly and Tahlia are the names of his two sisters. No information is provided about his parents. However, throughout his stay at “The Voice Kids,” the singer’s family could frequently be spotted supporting him from backstage.

Additionally, no information regarding Karpathy’s education has been made public as of yet. In a similar vein, nothing is known about his romantic life. He is currently active on Facebook, Instagram, and Twitter.

Ethan is one of the wealthiest and most well-known pop singers. Our research of Ethan Karpathy’s net worth from Forbes, Wikipedia, and Business Insider revealed a $5 million figure.