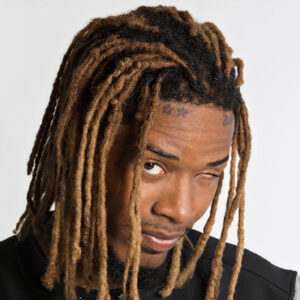 Fetty Wap is an American musician and rapper who rose to fame after the success of his smash single “Trap Queen” in the United States. On the music sharing network ‘SoundCloud,’ the song was played millions of times. Since he was a child, he has had a strong desire to rap and sing. Fetty Wap’s hit “Trap Queen” propelled him to fame and garnered him more than a dozen nominations, including the prestigious “Grammy.” Despite the fact that he hasn’t been in the music industry for very long, the jury of several awards has recognized Fetty Wap’s contribution to music. He’s also collaborated on a couple of mixtapes with other rappers, including French Montana. He also collaborated on a record with the popular girl band ‘Fifth Harmony,’ which is a teen favorite. Fetty Wap has stated that a game dedicated to him will be released.

He was born in Paterson, New Jersey, on June 7, 1991, and grew up there. His parents named him Willie Maxwell after he was born. His mother is thought to be the source of his talent. Willie Maxwell received his initial schooling at New Jersey’s ‘Eastside High School.’

Willie Maxwell lost his vision in his left eye as a result of a rare accident when he was young. ‘Ocular Prosthesis’ was used to replace the damaged eye with an artificial element.

The career of Fetty Wap

He grew interested in music and began rapping soon after. Soon after, he wanted to try singing and do something a little different.

His jobs helped him make a lot of money, and he earned the moniker ‘Fetty,’ which means’money.’ He took the surname Wop after his idol and well-known rapper Gucci Mane’s nickname, ‘GuWop.’

Early in 2014, his independent album’s single ‘Trap Queen’ was published. Despite the fact that the song received little attention for the first several months, it went viral in November of that year. It was posted to the music-sharing website ‘SoundCloud.com,’ where it was played a total of 130 million times.

Fetty Wop was able to land a deal with the record label ‘300 Entertainment’ thanks to the success of his song.
In May 2015, he published his second single, titled ‘679,’ on YouTube, and a month later, the song was professionally released. The song went on to become the fourth most popular single on the Billboard Hot 100 chart.

Fetty Wap’s next single, ‘My Way,’ gained widespread critical acclaim and went on to become a ‘Billboard Top 100’ chartbuster. The single was later remixed by Drake, a well-known rapper.

In September 2015, his first studio album, ‘Fetty Wap,’ was released. The songs on this compilation were warmly appreciated by music fans, and it reached number one on the Billboard 200 chart in the United States. Hundreds of thousands of copies of this record were sold to the general audience.

Fetty Wap published a single called “Jimmy Choo” on the music sharing platform “SoundCloud” in November 2015, but it didn’t make much of an impact at the time. Soon after, a video was posted on ‘Vine’ depicting two girls dancing to the song’s beats, which helped it acquire traction.

The song’s success among music fans led to its formal release in February 2016. The song reached the 69th spot on the ‘Billboard Hot 100’ in just a few days. More than 35,000 copies of the single were sold in the first week, setting a new record.

For the tune ‘All in My Head,’ Fetty Wap teamed with the girl group ‘Fifth Harmony.’

Fetty Wap is most known for his smash hit ‘Trap Queen,’ which has been streamed over 10 million times on ‘SoundCloud.’ The ‘Recording Industry Association of America,’ also known as the ‘RIAA,’ awarded it the ‘Platinum Record’ certificate. The certificate is granted to albums and singles that have sold at least a million copies.

Fetty Wap won the MC100 Award, the MTV Video Music Award, and the BET Hip Hop Award in 2015. He received two of these just for his hit single ‘Trap Queen.’

In 2016, he was nominated for two Grammy Awards for his song “Trap Queen.” In the same year, he won the ‘iHeart Radio Music Awards’ and the ‘Billboard Music Awards’ for ‘Best New Artist’ and ‘Top New Artist,’ respectively.

He was also nominated for three categories at the 2016 ‘American Music Awards.’
During the 2016 ‘Billboard Music Prizes,’ he was nominated for around ten awards, four of which were for ‘Trap Queen.’

Fetty Wap has a sibling who is also a successful singer. Fetty Wap’s music career was apparently affected by his sibling as well.

He has been in a relationship with actress Masika Kalysha, who rose to stardom after appearing on the TV show ‘Love & Hip-Hop: Hollywood,’ and the couple has a daughter named Khari. Fetty Wap is the father of three children.

He admitted that he mainly uses the ‘auto tune’ technique when recording his tracks and even dubbed himself ‘Ignorant R&B.’

In one of his interviews, Fetty Wap showed his passion for Haiti and its people. He also stated that he had assimilated numerous key features of Haitian culture.

He has frequently mentioned that famed American rapper Gucci Mane has been a significant source of inspiration and, in some ways, a contributing factor to his success.

Fetty Wap has an estimated net worth of $8 million. Fetty Wap is a rapper and performer from the United States.

Numerous rumors have circulated that Fetty Wap was imprisoned by his partner Masika Kalysha after he got her pregnant. She, on the other hand, has refuted these charges.