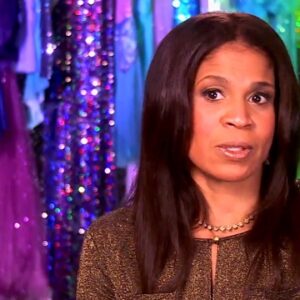 Dr. Holly Frazier is the mother of Nia Frazier and a reality television celebrity. She rose to fame as a reality celebrity after appearing on the blockbuster reality show ‘Dance Moms’ with her daughter, Nia Frazier. She is an educationalist with a degree in education who is dedicated to providing youth with a positive outlook on life. Despite Holly’s desire for Nia to finish her degree, she recognized her daughter’s skill and enrolled her in ‘Abby Lee’s Dance School’ to allow her to pursue her passion for dance.

Holly got along well with the other moms on the show and was well-liked by them. She did not, however, agree with Abby Lee’s manner of operation and believed that her daughter was not being treated fairly. She used social media to express her point of view and amassed a sizable fan base. She has been a regular on ‘Dance Moms’ for a long time. She serves on the boards of several educational institutions and is an active member of a number of charitable organizations, where she has performed extensive volunteer work. She has written a book and hopes to continue working as an educator and to use her social media platform to further her cause of guiding youth during their formative years.

Holly enrolled her daughter in Abby Lee’s Dance Studio to encourage her to hone her natural skill, inspired by her childhood love of African dancing.

Vicki Sheer, the owner of ‘Vicki Talent,’ gave her dancing classes in New York City to prepare for ‘Dance Moms.’ Her hard work paid off when she and her daughter, Nia, a well-known contemporary acro/jazz dancer, and vocalist, made it big on the show.

Though she earned the nickname ‘The Rational One’ for her ability to keep her cool around the other moms on the show, she had frequent disputes with Abby Lee, the owner of Abby Lee Dance Company, because she felt her daughter was mistreated.

She also participated in Todrick Hall’s ‘Freaks Like Me’ and ‘Dance Moms: Most Outrageous Moments (2011), in addition to ‘Dance Moms’ (2014).

Her book ‘Moments of Clarity,’ in which she recounts some of the lessons she has learned during her life, marks her debut as an author.

She has a net worth of $1 million as of April 2017 and a significant social media following, largely due to her posts about her kid.

Holly is a committed researcher and advocate for youth education, despite her reality show and social media presence.

Dr. Holly hopes to continue her profession as an educational consultant and motivational speaker after earning her doctorate in education.

In her own words, she believes it is critical to improving youth’s knowledge of the world around them from a global viewpoint while also assisting them in developing their own personal code of ethics.

She aims to contribute back to society by using her fame platform in a positive and impactful way. She wants to raise awareness about the importance of balance in school, parenthood, and the workplace in women’s lives.

She has been honored with the EE Ford / NAIS Fellowship for Aspiring Heads of School, as well as being included in Who’s Who Among America’s Teachers.

She has toured Asia as part of the Japan Fulbright Fund Teachers Program, visiting various schools and cultural centers to exchange perspectives on educational philosophy and viewpoint.

Holly Frazier was born in the United States on May 11, 1970. Her parents were born and raised in the Bronx, New York.

She was an introvert as a child who enjoyed reading. During her college studies, she studied African music and dance and was a member of a dance company that performed African dances. She was able to open up and let go of her inhibitions as a result of this.

She earned a bachelor’s degree in history and American studies from Williams College and a master’s degree in public administration in education leadership from Carnegie Mellon University’s H John Heinz III School of Public Policy and Management.

Holly had a hunger for study, and while she was on ‘Dance Moms,’ she went on to get her Doctorate in Education from the University of Pennsylvania, earning the title of Dr. Holly on the show.

On August 12, 1995, she married Evan Frazier, with whom she has two sons, William and Evan Junior, and one daughter, Nia.

She has over 20 years of experience in education, including teaching and administrative leadership at the elementary, middle, and high school levels.

She began her career as a history teacher before moving on to The Elis School and Winchester Thurston in Pittsburgh, where she taught advanced courses such as leadership, multiculturalism, and Asian studies.

She has even served as the principal of a middle and junior high school.

Holly Frazier is still involved in the Pittsburgh community today, serving on the boards of The Children’s Institute and the YWCA of Pittsburgh.

She is also a well-known social figure in Pittsburgh who is involved in numerous philanthropic organizations.

Holly Frazier is a reality star with a $1 million net worth.