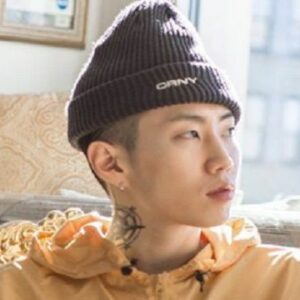 Rapper Park Jae-beam, also known as Jay Park, is of Korean and American descent. Also a dancer, record producer, model, choreographer, business owner, and actor, this person has many other talents. He is a part of the international breakdancing group “Art of Movement,” which has performed in South Korea and other countries. He first rose to fame as the frontman of the band “2 PM,” which issued a number of albums in Korea and Japan. Later on, he started a solo career. His most well-known works are the song “Demon” and the mini-album “Take a Deeper Look.” Singers like Chris Brown, Usher, and Michael Jackson have affected him. He promotes a variety of goods as a well-known celebrity, including the new line of clothes from American retailer Levi Straus & Co. called “dENIZEN.” Additionally, he is a fan of the band “Googims,” which makes casual attire. He is a well-known artist who has received numerous honors, including the “Golden Disk Award” and the “Korean Music Award.” Additionally, he has made appearances in a number of TV shows, including “Immortal Songs” and “Saturday Night Live Korea.”

Park-Jae-Beom was born on April 25, 1987, in Edmonds, Washington, in the United States. He developed a strong passion for breakdancing and hip-hop music at a young age.

He attended Edmonds Woodway High School, where he primarily engaged in group dance practice with his classmates. Additionally, he began writing his own rap while listening to hip-hop and rap music.

In 2003, he joined the breakdancing group “Art of Movement” as one of its original members. His mother suggested he go on an audition for the Korean company “JYP Entertainment” after observing his aptitude and enthusiasm for breakdancing.

This led to him traveling to Korea, where he received instruction in singing, dancing, rapping, and the Korean language. He also attended Dankook University, where he finished his studies in a short time.

‘Hot Blood Men,’ a reality show in the guise of a documentary, was where Jay Park initially started making appearances. The participants were divided into groups at 2 AM and 2 PM. In order to lead 2 PM, Park was able to garner the most fan votes. In September 2008, they made their musical debut with the song “10 Out of 10.” Around this time, their mini-album “Hottest Time of the Day” was also released.

In response to a controversy, Park left the group and returned to the US in 2010. He made the decision to launch a solo career and shortly started his “jayparkaom” YouTube account. His cover of “Nothin’ on You” was his first upload. In less than 24 hours, it received more than 200k views after going viral. He also frequently engaged in what is known as the “Art of Movement.”

He issued his mini-album “Take a Deeper Look” in 2011. The album was a tremendous financial success because of tracks like “Touch the Sky,” “Abandoned,” and “Tonight,” and it peaked at number three on the United States Billboard World Albums chart. He also released the song “Girlfriend” that year, which peaked at number 28 on the South Korean Gaon chart. The first song from his upcoming full-length album, “New Breed,” was.

He had his first acting job in the movie “Mr. Idol.” He took on the persona of one of the four young men who comprise the idol band. The movie, which was directed by Ra Hee-chan, debuted on November 3, 2011.

He released his debut full-length album, “New Breed,” in February 2012. The album achieved great popularity. It twice made it to the top of the Gaon Weekly albums list. It also made the charts in many other nations, including France and Canada.

He released many albums during the ensuing years, including “Evolution” (2014), “Worldwide” (2015), and “Everything You Wanted” (2016). In addition, he made appearances and took part in a number of TV programs, including “Saturday Night Live Korea,” “Show Me the Money 4,” “King of Mask Singer,” and “Asia’s Got Talent.”

One of Jay Park’s most important and commercially successful albums is called “New Breed.” The album went well commercially thanks to singles like “Girlfriend,” “Know Your Name,” “Up and You,” and “Turn Off Your Phone.” Both in the US and South Korea, it reached the top of numerous charts.

He played a significant part in the Ra Hee-chan-directed South Korean movie Mr. Idol. The movie also featured Park Ye-jin, Ji Hyun-woo, Kim Su-ro, and I’m Won-hee as actors. Four teenage men join forces to establish an idol band in the novel. Even though the group puts a lot of effort into realizing its goals, a prominent figure in the music industry tries to prevent them from becoming household names.

Jay Park hasn’t given the public a lot of information regarding his private life. He is thought to be single right now.
In addition to music, Park is well-known for sponsoring numerous brands, including the fresh “dENIZEN” line from Levi Strauss & Co.

With a net worth of $10 million, Jay Park is an American singer, rapper, dancer, music producer, model, and actor. In April 1987, Jay Park was born in Edmonds, Washington. Park is a part of the Seattle, Washington-based b-boy crew Art of Movement. He was a dancer and b-boy growing up.