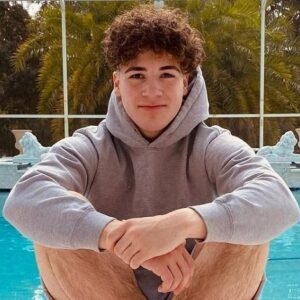 Joe Albanese is a well-known social media personality who rose to notoriety after publishing TikTok comedy and dancing videos. He is also well-known on YouTube and Instagram, in addition to TikTok. His family, particularly his younger sister and mother, appear in several of his videos. He has worked with a number of companies and is affiliated with TalentX Entertainment.

Joe Albanese became famous after uploading dancing and comedy videos on TikTok. His videos gained popularity, but one of the first to become viral was a video of him doing a break dance in his kitchen. Since then, the child has released a slew of viral videos that have shot him to stardom. His @joealbanese TikTok account now has over 32 million followers. His mother and small sister are featured in a lot of his most popular videos. He’s also collaborated with his buddies to create videos based on popular dance styles, adding his own unique spin.

He is also active on Instagram and YouTube, in addition to TikTok. He has over 1.2 million followers on his Instagram account @joeealbanese, which he started in 2018, and over 500K subscribers on his YouTube channel JoeAlbanese, which he also started in 2018. In November 2020, he created Albanese Extra, his second YouTube channel, and AlbaneZ, his third channel, in April 2021.

His rising social media celebrity has opened doors for him, including collaborations with firms such as Arizona Ice Tea, Fashion Nova, MVMT, Young and Reckless, Pacsun, and Redbull. He also became a Bang Energy brand ambassador. He’s also collaborated with Bratz TV and Zumiez. In addition, he has had the opportunity to meet and interact with social media icons such as Hailey Orona, Josh Richards, Bryce Hall, and artist Bebe Rexha. TalentX Entertainment, a talent development firm, represents him.

Joe Albanese was born in Connecticut, United States, on December 22, 2001. Denise Viglione-Rivera is his mother, and he has one older and one younger sister. Anabella Rivera, the younger sister, is a social media sensation who is particularly well-known on TikTok.

Joe’s family was first displeased with his social media activity; but, as they realized its potential, they not only embraced it cheerfully, but also began to participate in his videos.

Joe Albanese’s net worth is about $1.5 Million.