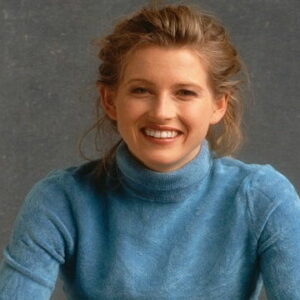 American novelist, lawyer, and journalist Karenna Gore was once known as Karenna Schiff. She is the granddaughter of former Tennessee senator Al Gore Sr. and the daughter of Al Gore, a former vice president of the United States. Before leaving her high-profile career to work as an administrator in the non-profit sector, she practiced law and worked as a journalist. Gore has held a position with the Association to Benefit Children and has been a fervent supporter of Sanctuary for Families as a volunteer. Gore’s family members had an impact on and inspired her to pursue her career. She was actively involved throughout her father Al Gore’s vice presidential term and also participated in his presidential campaign, touring and addressing voters on a variety of social concerns. She is an author as well, and in 2006 she released the book Lighting the Way: Nine Women Who Shaped Modern America.

Karenna Gore interned as a journalist for WREG-TV and The Times-Picayune while in college. She later penned columns for “Slate” in Seattle and “El Pais” in Spain. She joined Simpson Thacher & Bartlett in New York City in 2000 after earning her law degree from Columbia Law School. She quickly ended her relationship with the company, though, and entered the non-profit world.

Gore was inspired to work in politics by her father and grandfather, yet she did not become a politician. When her father Al Gore was appointed vice president by US President Bill Clinton, she became very active in politics. Throughout his administration, she made a lot of trips, talked with many people, and delivered speeches to electors.

She later seconded her father’s nomination at the Democratic National Convention and rose to prominence in his campaign when he ran for president in 2000.

She served as her father’s dependable advisor and recruited notable individuals like Naomi Wolf, a well-known feminist and member of the progressive female fraternity, to the consulting team. Unfortunately for her and her father, the campaign failed miserably, and Gore made the decision to temporarily resign from politics.

She wrote “Lighting the Way: Nine Women Who Shaped Modern America” in 2006, a book that features profiles of nine prominent and contemporary American women who contributed to the development of the nation’s history. Later, she claimed in an interview that the “frustrating” presidential campaign of her father was the inspiration for the book because she wanted to create something “good” from it.

Gore has consistently spoken out against the use of obscene song lyrics and has sought to stop the usage of goods that take advantage of developing nations. She participated in the opposition to the construction of a pipeline in Boston as well as the opposition to the Constitution pipeline, a fracked gas pipeline that passed through New York state.

She and 22 other demonstrators took to the streets of Boston to voice their opposition to the planned transportation of fracked gas for the Houston-based Spectra Company. As a result, all of the protestors were taken into custody.

After leaving her position as an editor at “Glamour magazine,” Karenna Gore served as the director of community affairs for the Association to Benefit Children and also volunteered at the legal center of Sanctuary for Families.

Gore was most recently chosen in 2017 to serve on the board of directors of “Riverkeeper,” a non-profit environmental group that works to safeguard the Hudson River and its tributaries as well as the watersheds that supply New York City with its drinking water.

Al Gore, a former vice president of the United States, and novelist and social activist Tipper Gore welcomed Karenna Aitcheson Gore into the world on August 6, 1973, in Nashville, Tennessee. She is the granddaughter of Al Gore Sr., a former senator from Tennessee.

Kristin Gore, a writer of books and films, Sarah Gore Maiani, and Albert Gore are her three siblings. She attended Harvard University, where she graduated in 1995 with a B.A. in history and literature. She graduated with a law

degree from Columbia Law School in 2000 and a master’s in arts from Union Theological Seminary in 2013.
On July 12, 1997, Gore wed physician Andrew Newman Schiff. Wyatt Gore Schiff was born in 1999, Anna Hunger Schiff in 2001, and Oscar Aitcheson Schiff in 2006 are the couple’s three children. Following their separation in 2010, the pair filed for divorce to end their marriage.

One of the wealthiest and most well-known authors is Karenna Gore. According to our research, Karenna Gore’s net worth is roughly $1.5 million, as reported by Forbes, Wikipedia, and Business Insider.