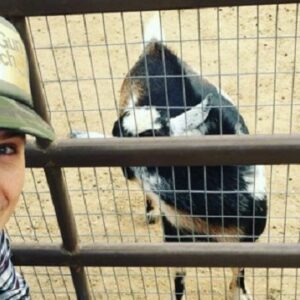 Canadian-born businessman, venture capitalist, philanthropist, environmentalist, and restaurateur Kimbal Musk was born in South Africa. Elon Musk, the co-founder and CEO of Tesla Inc., is his younger brother. Musk began his career at Scotiabank and is now widely regarded as a “global social entrepreneur” for his work toward “an America where everyone has access to real food.” He and Elon founded Zip2, an online city guide company, in 1995. He gradually established himself as a successful software and technological investor as a result of the highly profitable venture. He began studying at the French Culinary School in New York at the beginning of the 2000s, turning a new page in his professional life. Following graduation, he and a few other investors opened Boulder, Colorado’s award-winning restaurant The Kitchen Boulder. He was also one of the creators of Square Roots, a farming accelerator for urban communities, and The Kitchen Community, a 501(c)3 non-profit that has established multiple outdoor classrooms dubbed “Learning Gardens” in schoolyards across the US. He currently owns The Kitchen Cafe, LLC, a network of neighborhood eateries spread throughout rural America, and he serves on the boards of Tesla Inc., SpaceX, and Chipotle Mexican Grill. Musk, the Social Entrepreneur of the Year winner in 2017, is frequently referred to as the “founding father of the modern food movement.”

Kimbal Musk was born in Pretoria, South Africa, on September 20, 1972. He was reared in a large and ambitious family with Elon, their sister Tosca, and a number of cousins. His mother, Maye, was a well-known nutritionist, while his father, Errol, ran his own engineering business.

He moved in with his brother in Kingston, Ontario, after finishing high school, where he attended Queen’s University to study business. He obtained his first job at Scotiabank while still a student. In 1995, Musk finished his studies at the institution.

Kimbal Musk began his career as an investor and entrepreneur in 1995 by starting a house painting company with College Pro Painters. He and Elon co-founded Zip2, a company that offered the internet versions of the New York Times and the Chicago Tribune newspapers, the same year they founded their second business. They sold the business to Compaq in 1999 for a $307 million sum.

Musk then rose to prominence as an investor in the software and technology industries. He contributed to one of Elon Musk’s earlier businesses, X.com, an online bank and provider of financial services. Following the merger of Confinity and X.com in March 2000, X.com decided to stop offering all other forms of internet banking save for PayPal money service. In 2001, the company’s name was changed to PayPal. X.com was purchased by international e-commerce company eBay for $1.5 billion in stock a year later.

Most business owners would have retired after having such success with PayPal and opted to live out their remaining years in comfort and luxury. But Musk discovered a new interest. Kimbal Musk moved to New York to pursue culinary studies at the esteemed French Culinary Institute, while Elon Musk remained in California and began establishing his energy industry business.

Following his graduation, Musk and his then-wife Jen Lewin set out on a road trip throughout the US in February 2002 in quest of the perfect spot to open their restaurant. Before deciding on Boulder for its weather and food scene, they traveled to Chicago, Jackson Hole, Denver, Santa Fe, San Diego, Laguna Beach, Los Angeles, San Francisco, Portland, and Seattle.

In April 2004, Musk, Lewin, and Chef Hugo Matheson launched the neighborhood cafe The Kitchen Boulder. The Kitchen Upstairs, a cocktail lounge, was their first addition on the top floor of the same structure.
2011 saw the opening of Next Door, an urban casual American restaurant situated just across from Musk’s original dining establishment on Park Street Mall. Glendale, Stapleton, and Denver Union Station all have locations for the restaurant chain.

The Kitchen has evolved over the past 13 years into a family of eateries with the goal of serving straightforward, authentic food to everyday Americans. Food & Wine, Zagat’s, Gourmet, OpenTable, and the James Beard Foundation are just a few of the publications and institutions that have named it one of the best restaurants in the nation.

Musk was appointed CEO of OneRiot, Inc., a provider of email marketing services, in November 2006. When OneRiot was bought by Walmart Labs, a privately held company with its headquarters in Mountain View, California, he left in September 2011.

He established the Square Roots Urban Growers in 2017 with the goal of creating campuses of climate-controlled, indoor, hydroponic vertical farms that can survive in urban settings.

Since 2004, Kimbal Musk has been actively involved with the Growe Foundation and has managed the community of Boulder’s efforts to establish more school gardens. He and Matheson established The Kitchen Community in 2011 as a 501(c)3 non-profit organization with the goal of creating Learning Gardens where kids may learn about various food-related topics, healthy eating, lifestyle choices, and the environment.

Musk has allocated a percentage of the proceeds from each The Kitchen restaurant to the establishment and maintenance of Learning Gardens in the local community. Chicago’s mayor, Rahm Emanuel, gave the city of Chicago $1 million in 2012 so that Elon Musk and his organization may construct 80 gardens there. Over 400 Learning Gardens have been established by The Kitchen Community in the six years since its founding, reaching more than 100,000 children in Chicago, Los Angeles, Memphis, Indianapolis, and Denver.

Kimbal Musk was recognized as one of Fast Company Magazine’s “Most Creative People in Business” in March 2017.
In March 2017, the Schwab Foundation, a subsidiary of the World Economic Forum, selected him as the Social Entrepreneur of the Year for his charitable activity.

Kimbal Musk has three children from a previous marriage to architect Jen Lewin. Following their divorce, he wed businesswoman Christiana Wyly. Boulder, Colorado is where the pair calls home.

Factor Musk made an uncredited appearance in the 2017 episode of Craig and Megan Ferguson’s documentary online series “Couple Thinkers,” titled “Can Real Food Feed the World?”

A restaurant owner, chef, and entrepreneur from South Africa with a $500 million fortune is Kimbal Musk. The fact that he is Elon Musk’s brother and a director on the board of Tesla Inc. is what makes him most well-known.