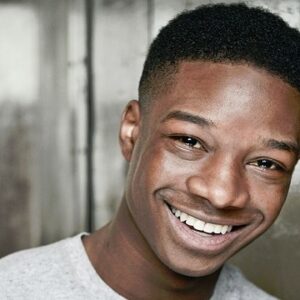 Lamar Johnson is a phenomenally skilled Canadian dancer and performer who has carved out a place in the entertainment business and in the hearts of millions of followers. One of the most intriguing aspects of him is that he is self-taught and has acquired complicated dancing talents without the assistance of a professional! His moniker, Flipz, was appropriately given due to his ability to perform back flips and tumbling with ease. Though he began his career as Little Man in the film ‘Honey’ when he was nine years old, he came to prominence with his role as West in the popular TV drama ‘The Next Step.’ Lamar Johnson was recognized as a notable prodigy of the dance industry as a result of the super hit dance series that aired on the Family Channel. Since then, Lamar has proven his worth as a prized gem of a performer by appearing on BET’s ‘106 & Park,’ as well as on NBC’s ‘America’s Most Talented Kid Dancers,’ where he competed against other dancers. He has amassed a devoted fan following made up of people of various ages since he is a complete package when it comes to entertaining. He is humble and grounded, and he feels that in order to thrive in this age of cutthroat competition, he must give his all.

Lamar Johnson got his start in the entertainment world when he was nine years old, in the film ‘Honey,’ in which he portrayed the role of Little Man. He has learned the confidence and attitude essential for survival in the film industry because he has been a part of it since a young age. He has mastered the technique of dancing on his own, demonstrating his brilliance and creativity.

He’s also appeared in films such as ‘Parkdale,’ ‘Home Again,’ ‘Liar,’ and ‘Full Out,’ all of which made audiences sit up and take notice of this powerful dancer. In addition to appearing in films, Lamar has been on television shows such as ‘The Maury Show,’ ‘America’s Most Talented Kid Dancers,’ and BET’s ‘106 & Park,’ where his unique back flipping skills delighted audiences.

His fiercely independent energy and vivacious attitude in ‘The Next Step,’ a Canadian teen drama series based on the activities of teens attending the much-lauded The Next Step Dance Studio, led his route to heights of popularity rarely attained by someone so young. Temple Street Productions is behind the dramatic mockumentary series.

Lamar also wowed his American admirers when he appeared on the New York television show ‘Showtime at the Apollo,’ which he believes to be his best achievement. He has been in TV shows such as ‘The Firm,’ ‘Rookie Blue,’ ‘Covert Affairs,’ and ‘Degrassi: The Next Generation,’ as well as feature films such as ‘Home Again,’ ‘Parkdale,’ and ‘Liar.’ In addition, he directed and edited a Season 4 episode of ‘The Next Step,’ and he played Twist in the 2015 film ‘Full Out.’ He even dressed up as an alien and worked as a co-choreographer in ‘The Next Step’s’Rewind’ (a special Halloween video). Lamar Johnson is a firm believer in putting in long hours and striving to enhance his abilities.

Lamar Johnson was born in Toronto, Canada, on July 18, 1994. In a short period of time, he has achieved great success as an actor, dancer, choreographer, director, and editor. With his ever-increasing fame on Twitter and Instagram, where his supporters fervently follow him, he has taken social media by storm. He has over 13k Twitter followers and enjoys sharing motivational tweets to inspire his fans and followers.

Drake and Kanye West are two of his favorite bands, and he is a huge basketball lover. Lamar is an emotional, passionate, compassionate, easygoing, and loyal Cancerian. Because of his busy schedule, he rarely has time to read, yet his favorite books are the ‘Hunger Games’ series. He also enjoys poutine, a Canadian meal consisting of French fries and cheese curds smothered in a light brown sauce.

Lamar maintains a low-key personal life despite being a well-known international celebrity. He is not an attention seeker and prefers to keep certain elements of his life totally private, thus there is no information on his personal relationships. Despite this, there were allegations that he had emotions for Emily, a co-star, while filming ‘The Next Step.’

Moving on, his net worth is estimated to be between $1 million and $5 million dollars. He is most likely paid for his acting, dancing, and modeling work.