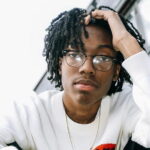 Lil Tecca (born Tyler-Justin Anthony Sharpe) is an American rapper best known for his hit “Ransom.” Since its release, the song has amassed a large following, with over 400 million streams on Spotify and a peak rank of #4 on the Billboard Hot 100. ‘Love Me,’ ‘Bossanova,’ and ‘Did It Again,’ all from his debut mixtape ‘We Love You Tecca,’ are among his other hit songs. It was released in August 2019 and debuted at #4 on the Billboard 200 in the United States. Fake news spread on the internet a few days after its release, claiming he killed in a firefight at JFK International Airport. Lil Tecca, on the other hand, quickly emphasized that he was still alive and well on Twitter.

Lil Tecca claims that he began rapping with his friends on his Xbox mic when he was nine years old. This was the point at which he began to acquire an interest in music and rapping. Initially, he had no intention of pursuing a career in music, preferring instead to pursue a career in the NBA. However, by his sophomore year, he had lost interest in basketball and had decided to concentrate on music instead. In early 2017, he released the music ‘Tectri,’ which he co-wrote with a friend named Lil Gummybear. It was the first of his songs to gain traction with listeners. He soon followed up with songs like ‘Callin’, ‘My Time,’ and ‘Rags to Riches.’
After the release of his first single, ‘Ransom,’ on May 22, 2019, he got even more popular. It was first released on its own, but it was later reissued by Republic Records and Galactic Records. The music video for the song was released on the same day. Cole Bennet edited and directed the film, which was shot in the Dominican Republic. The song was a hit, debuting at number 93 on the US Billboard Hot 100 and peaked at number four. It also charted in the top ten in a number other countries, including Australia, Finland, Sweden, and the United Kingdom. After nearly three months since its original release, a remix was created and posted on his SoundCloud account as well as other sites.
His debut mixtape, ‘We Love You Tecca,’ was published on August 30th, 2019. It was released by Republic Records and debuted at number four on the Billboard 200 chart. It featured his first single, ‘Ransom,’ as well as remixes and other songs such as ‘Shots,’ ‘Out of Luck,’ and ‘Molly Girl.’ In addition to the Billboard 200, it charted in the top twenty in several other countries, including Canada, the United Kingdom, and Norway.
His first studio album, ‘Virgo World,’ is planned to be published in 2020, and he is currently working on it.

Lil Tecca was born on August 26, 2002, in New York City. He is of Jamaican origin, as both his father and mother are Jamaican immigrants. He was a big sports fan when he was younger. He turned his concentration to music as he grew older. He is currently a high school student juggling his music career with his schoolwork.
He also has a large following on social media, having over 2 million Instagram followers and over a million YouTube subscribers.