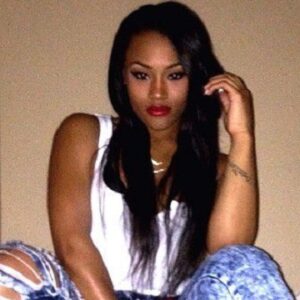 Former exotic dancer turned hip-hop model Lira Mercer, better known online as Lira Galore, has an amazing 3.4 million Instagram followers. She co-hosted a lingerie party for Facet Studio in December 2014 after signing a modeling contract with the company. She also appeared in the Hip Hop Weekly magazine that year. She appeared with American rapper Rick Ross, with whom she was engaged at the time, at the BET Hip Hop Awards in 2015. She appeared on the reality television program “Iyanla: Fix My Life” on OWN in September 2016, when she spoke about her absentee father who failed to raise her. Her father Terrence appeared on a subsequent episode of the same season of the show to argue with his daughter in front of the camera. She is rumored to be close friends with Blac Chyna and Amber Rose.

Lira Mercer experienced a difficult upbringing and even had to have an abortion due to an untimely pregnancy. She eventually started dancing exotically because she was fed up with life. She performed as a stripper for famous people like the hip-hop artist Meek Mill for a while. She soon made an Instagram account and began uploading pictures of herself with A-listers, which attracted a lot of attention on social media and helped her build a sizable fan base. She then developed into a glamour model and appeared in 2014’s Hip Hop Weekly magazine. Her relationships with several well-known celebrities throughout the years have kept her in the news frequently. She rose to fame online after rapper Rick Ross proposed to her in 2015 with an 11-carat diamond.

Lira Mercer has dated several celebrities over the course of her life, including Drake, Kendrick Lamar, Wale, Meek Mill, and even Justin Bieber. However, once she became engaged to Rick Ross in September 2015, her history as an exotic dancer came back to haunt her. A well-known gossip show personality named Wendy Williams claimed that Mercer is not “marriage material,” pointing to her previous occupation and her need for attention. Ross, incidentally, called off the union after only two months. She said that Ross had changed since they first started dating and that he was engaging in “sneaky activities behind my back” in response to an old photo of her and Meek Mill that caused their breakup.

Her Twitter account was compromised in May 2016, and the hacker then made a large number of her private DMs with well-known celebrities public. Several well-known figures, including Mike Epps, Michael Blackston, Chad Johnson, and Ian Connor, had private chats with the Instagram model that were made public. Some of the disclosed talks cast various shadows over the worried people’s private lives. For instance, Mike Epps stated in his direct message to her that he would be willing to reserve a hotel room for just the two of them if she was interested. After Lil’ Duval implied that it was a publicity gimmick on her part, the situation swiftly got worse. Epps and Duval were the last on her list for PR stunts, she retorted, lashing out at each of them.

Lira Mercer, who experienced conflict with her father as a child, continued by claiming that most black males do not regard black women and do not recognize their contributions. She became so enraged and frustrated by the events that she eventually turned to alcohol to help her “forget” her suffering.

Most recently, at the beginning of 2017, an old video of her and her ex-boyfriend, Lance Stephenson, spending private moments online. She requested a police report and is thinking about suing the individuals responsible for the video leak.

Lira Mercer was born to African-American parents on August 31, 1993, in Houston, Texas. Her mother, Michele, also known as Momma Galore on Instagram, is a businesswoman and the head of Wine Fine Forever. Terrence, her father, left her when she was a young girl. In an interview with a life coach and relationship expert Iyanla Vanzant for the reality television program Iyanla: Fix My Life, she discussed her upbringing. She claimed that her father was not mature enough to manage the responsibilities of being a parent because both of her parents were extremely young when she was born. He eventually married a white woman and had children, but although living close by, he never visited her first child. She subsequently became involved in relationships early in her teenage years as a result of this emptiness, which led to a pregnancy when she was just 14 years old. While she attributes her early stressful lifestyle to her father, she said on the show that she would make an effort to forgive him.

One of the wealthiest and most well-known Instagram stars is Lira. Our research revealed that Lira Mercer has a net worth of $5 million from sources including Wikipedia, Forbes, and Business Insider.