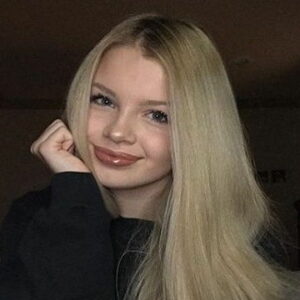 Maddie Lambert is a YouTube vlogger from the United States who is best known for her eponymous channel, where she posts her personal vlogs. She gave birth to her first child at the age of 14 and has been documenting her life as a teen mother ever since. Lambert, despite her early age, is a very responsible young mother who devotes herself completely to her child’s care. Lambert enjoys photographing and filming her baby and sharing those priceless moments with the rest of the world. She is fearless and forthright, and she has no regrets about the decisions she has taken thus far. She is particularly proud of her decision to carry on with her pregnancy rather than abort it. The young mother is unafraid to tell people about her teen pregnancy experiences. Aside from YouTube, Lambert is active on Instagram, where she posts lovely images of her kid on a regular basis. Her YouTube account already has over half a million subscribers, which is a huge achievement for a teenage girl!

Maddie Lambert started vlogging in May 2018 after joining YouTube in August 2017. She discusses her teen pregnancy tale in this video titled “Single Mom at 14: My Story,” as well as what ladies may do if they find themselves in a similar circumstance. The video’s main goal is not to encourage underage pregnancy, but to educate pregnant females on how to handle it gracefully. This vlog is the most popular on Lambert’s channel, with millions of views. She then went on to upload a slew of vlogs documenting her journey as a teen mother, including morning/afternoon routines with the baby, shopping vlogs, family collaboration vlogs, and so on. Lambert shared a “draw my life” video titled “Mom At 14: Draw My Life: Trichotillomania, Anxiety, Depression?” on November 26, 2018, in which she discussed several key moments in her life, both happy and sad. She talked about how she struggled with depression in school, her friendships, her parents’ divorce, her first serious romance, dealing with teen pregnancy, and the birth of her daughter, Everly Joy, in the video. She currently has about 700,000 subscribers on her YouTube account, with over 35 million cumulative views. On Instagram, the young vlogger has a sizable follower base. Her social media accounts are brimming with adorable photos of the mother-daughter duo having fun together in various locations.

Maddie Lambert was born in the United States on April 11, 2003. Everly Joy is her daughter, who was born on January 15, 2018. Aside from her infant, the young YouTuber highlights her parents, siblings, and friends on her channel on a regular basis.