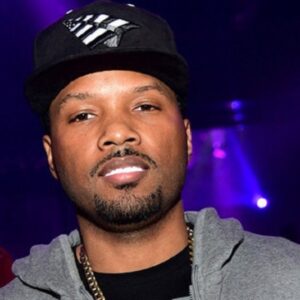 Mendeecees Harris is a real estate agent, business owner, music manager, and reality television celebrity most known for his role in the VH1 series “Love & Hip Hop: New York.” In seasons three, five, and six of the show, he made an appearance. One of the cast members that has been around the longest and is still in the show is his wife, Yandy Smith. During the 4th and 7th seasons of the show’s production, Harris, who was incarcerated at the time, made voiceover appearances as guests. In a special episode titled “Love & Hip Hop Live: The Wedding,” which aired on May 25, 2015, Harris and Smith’s wedding was broadcast live. Several members of his family, including his mother Judy and his ex-girlfriends Samantha and Erika, have appeared on the reality show. He is the proprietor of the The Bronx music studio Beat Factory, where he handles several up-and-coming rappers from New York City.

Mendeecees Harris began his professional life as a real estate agent. Later, he made a move into the music business and started managing promising rappers. In The Bronx, he established the recording studio Beat Factory. The third season of the VH1 reality TV series Love & Hip Hop: New York gave him a supporting role thanks to his exposure in the music industry and his friendship with Yandy Smith. His relationship with Yandy and the controversies surrounding his prior relationships took up a significant amount of the reality show, despite the fact that he initially appeared as a supporting role. His marriage to Yandy, which some people felt was staged, was shown live on television in a special program to capitalize on the buzz. The drama surrounding his prosecution also kept viewers interested in the show. He has emerged as one of the show’s most well-liked stars, along with Yandy. In addition to the three seasons in which he has appeared, he has also spoken phone calls in a few seasons while incarcerated.

Over the years, Mendeecees Harris has been a part of several conflicts. He was accused of sexually assaulting a juvenile girl while she was only 15 years old back in 2009. He was detained, but after a protracted trial, he was found not guilty of the accusations. Unfortunately, his legal problems did not end there. Between 2005 and 2012, he is said to have trafficked $2.5 million worth of cocaine and heroin. He was found guilty of cocaine trafficking on December 1 and given an eight-year prison term. On January 19, 2016, he turned himself into FCI Allenwood Federal Prison in Pennsylvania. He had been out on bond for roughly seven more years at that point, having previously served 15 months in jail. However, he continued his legal battle from behind bars in an effort to have the sentence reduced, claiming that he had just a tiny part to play in the drug trafficking organization. Prior to the announcement of his sentence, he allegedly participated in community service up to four times per week, visiting youth organizations to deter young people from committing crimes. In addition, while he was awaiting sentencing, he forfeited the $170,000 he had made by starring on the reality TV program and making public appearances. The prosecution countered that his punishment was appropriate for the crimes he committed despite the fact that he was not the primary offender.

In addition to the legal problems, he continually courted controversy because of his relationships with several women who gave birth to his children. In fact, the main conflict of the seventh season of the reality show revolved around his previous partners Samantha and Erika plotting against his present girlfriend Yandy. Mendeecees had to intervene in the “baby mama issue” over the phone from behind bars. He asserted that he had never even shared a residence with Erika and that she had made up lies about their relationship in order to be on the show.

On October 26, 1978, Mendeecees Harris was born in Harlem, New York. Roberto and Judy Harris, his parents, were born and raised in Panama. His single mother raised him. Tyrus, one of his brothers, was also charged with involvement in narcotics trafficking with Mendeecees. Samantha Wallace, with whom he had his first kid, Lil Mendeecees, was the subject of his first serious relationship. Additionally, he had an affair with Erika DeShazo, through whom he fathered Aasim. Later, he started dating Yandy Smith. Yandy later admitted that they never had their marriage legally recognized despite the fact that they were married live on television in 2015. Together, Omere and Skylar Smith, the couple’s two children, were born.

The American reality star, music producer, and real estate developer Mendeecees Harris has a $250k net worth. Harris has had success in the music and real estate industries. He is a hip-hop producer, manager, and the owner of the Beat Factory music studio in the Bronx. He has collaborated with numerous beatmakers.