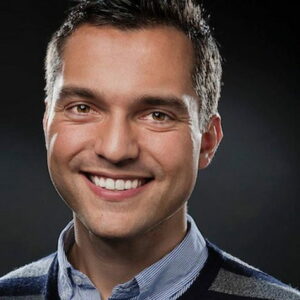 Nathan Blecharczyk is a rich American businessman and the co-founder and chief strategy officer of Airbnb, an online marketplace for booking and selling housing, homestays, and tourism experiences. Blecharczyk grew up in the state of Massachusetts. While still in high school, he started an online software company. He earned his bachelor’s degree from Harvard University. He worked as a program manager for Microsoft and an engineer for OPNET Technologies, among other companies. Blecharzyk eventually co-founded Airbnb with Brian Chesky and Joe Gebbia, an online marketplace. He also served as the firm’s first chief technical officer. He was the 474th richest person in the world, according to Forbes’ 2017 list of “The World’s Billionaires,” with a net worth of $ 3.8 billion.

Nathan Blecharczyk earned his bachelor’s degree from Harvard University. He worked as a program manager for Microsoft for a while. Later, he began working as an engineer at OPNET Technologies, a software company that specialized in network and application performance management. Later, in 2007, he joined Batiq as a lead developer.

He co-founded Airbnb in 2008 with Brian Chesky and Joe Gebbia. Airbedandbreakfast.com was the original name of the website. For people who are unable to book a hotel in the saturated market, the three of them built a website that offers short-term living quarters, breakfast, and a professional networking opportunity. On August 11th, 2008, the site was formally launched. They gained their first customers at the Industrial Designers Society of America’s Industrial Design Conference, when travelers were having trouble locating lodging. The first website was written in Ruby on Rails by Blecharczyk, the company’s first chief technology officer.

Because they were unable to gather sufficient funds, they purchased large amounts of cereal branded as ‘Obama O’s’ and ‘Cap’n McCain’s’ to sell during the Democratic National Convention in Denver. They made $30,000 by selling enough cereal. Paul Graham, co-founder of Y Combinator, took notice of them as well. He offered them $20,000 and accepted them into the seed funding program of his company.

In 2015, Nathan Blecharczyk was credited with leading Airbnb’s entrance into Cuba. In 2017, he was promoted to Chief Strategy Officer of Airbnb, and he was also named Chairman of Airbnb China. In the same year, he was included as the 474th richest person in the world on Forbes’ list of “The World’s Billionaires,” with an estimated net worth of US $ 3.8 billion.

Nathan Blecharczyk was born in 1983, but his actual date of birth is unknown. Sheila and Paul Steven Blecharczyk were his parents. He was born and raised in Boston, Massachusetts.
He went to Boston Latin Academy for his education. To supplement his income throughout high school, he started his own software company. He went on to Harvard University, where he earned a bachelor’s degree in computer science.
Elizabeth Morey Blecharczyk is his wife. They are the parents of two children.

Nathan Blecharczyk has a net worth of $10 billion.