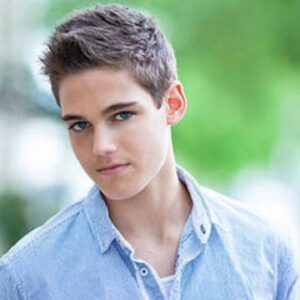 Nick Merico is an Argentine television actor best known for his role as Daniel Miller in the Nickelodeon sitcom “Every Witch Way” from 2014. He is a singer who enjoys writing his own songs in addition to being an actor. Merico has been singing since the age of eleven and is incredibly gifted and enthusiastic in both acting and singing. He also has a YouTube account with the same name, where he uploads cover songs and other videos. Nick Merico is now one of the most popular social media personalities, with thousands of admirers and followers. This young personality is well-known not only on YouTube, but also on other social media sites. On Twitter, Instagram, and Facebook, he has a sizable fan base. When it comes to his personal life, the internet sensation appears to be a fairly sober individual. He is, however, a jokester and a lot of fun to be around. And this is what his followers admire the most about him!

Nick Merico began his singing career when he was eleven years old, when he created his own YouTube account. After that, he began releasing videos of himself singing and has continued to do so on a regular basis since since. Bruno Mars’ ‘Grenade’ was his first cover. Merico released his single ‘No One Will Stop My Voice’ in 2009. He had a special appearance as an actor in the TV series ‘Charlie’s Angels’ two years later, in 2011.

He was then cast as the male lead in the Nickelodeon sitcom “Every Witch Way” (formerly known as “Emma, Just Magical”) in 2014. The young man played Daniel Miller in this series and also sang two songs. He released his single ‘If You Were My Girl’ the same year. Merico then appeared in an episode of the television series ‘The Haunted Hathaways’ called ‘Full of Haunted.’ He also released a track called ‘Waves’ around this period.

Nick Merico sung two songs in ‘Every Witch Way’ in addition to playing the male protagonist. ‘It’s Always You’ and ‘Doesn’t Matter Where You Are’ are the titles of these songs, respectively. The Argentine actor released his single named ‘What You Gonna Say’ in 2016.

Popularity on the Internet

Nick Merico has established a name and a reputation for himself. Aside from that, the actor turned musician has amassed a sizable online following. Merico has 168k followers on Instagram and 71.8k followers on Twitter as of May 2017. Aside from that, his Facebook profile has over 400k likes. On his YouTube account, the young man has 135k subscribers.

Nick Merico was born in Argentina on December 29, 1995, as Nicolas Merico. Cheryl Merico is his mother, while Fredy Merico is his father. He has a soccer coach for a father. Lexi Merico is Nick Merico’s sister. He went to American Heritage High School for his education. He began performing in schools and other locations in Argentina when he was eleven years old. During this time, he created a YouTube account and began uploading his music to it.
Since 2014, Nick Merico has been dating American actress Kira Kosarin. Rahart Adams, an Australian actress, is also a dear friend of his.

Nick’s principal sources of income are acting and singing, both of which he earns a lot of money. His net worth is expected to be around $650,000 in 2021.