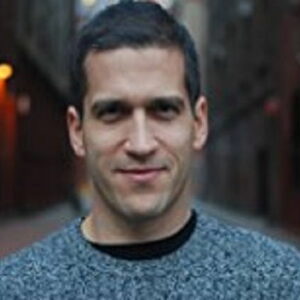 Author Panio Gianopoulos is a Greek-American. His short stories, articles, and poetry have appeared in several journals and newspapers, including “Details,” “Glamour,” “Tin House,” “Nerve,” “Salon,” “The Hartford Courant,” “The Journal News,” “Northwest Review,” “The Rattling Wall,” “The Brooklyn Rail,” and “The Los Angeles Review of Books.” Panio, a former editor at Bloomsbury, has appeared in a number of documentaries, films, and television programs, such as ‘Author: The JT LeRoy Story,’ ‘The Cult of JT LeRoy,’ and ‘The Secret Life of the American Teenager.’ Additionally, he is a trained martial artist and an occasional runner who enjoys being active. Panio Gianopoulos is the author of the well-known book ‘How to Get into Our House and Where We Keep the Money’ as well as the novella ‘A Familiar Beast,’ which is one of Amazon’s top books and an independent bestseller. Panio is the recipient of a fellowship from the New York Foundation for the Arts. Currently, he is the Editorial Director of the publishing company Heleo.

Style of Writing and Major Works

The majority of characters in Panio’s books and short stories exhibit extreme characteristics. Either they are explosive or they exhibit the characteristics of a sadist. Over the years, he has also depicted persons that appear tranquil on the surface but are suffering from a tortured mental state. Throughout his career as a writer, Panio has made these types of characters his own.

A Familiar Beast: “A Familiar Beast” is the narrative of a guy who is disgraced and searching for forgiveness as he attempts to overcome the effects of his divorce. Out of desperation and loneliness, he embarks on a hunting expedition with a friend he hasn’t seen since high school, and the book chronicles their bizarre and hilarious weekend.

How to Get Into Our House and Where We Keep the Money is essentially two short stories with female characters. Panio has developed the female roles with sensitivity. While sketching the feminine characters, Panio’s wife also made vital contributions.
This tale focuses on four antagonistic women – Maude, Emma, Kara, and Paige.

Panio has appeared in two films and one television series so far.
In the 2016 film ‘Author: The JT LeRoy Story’ and the 2014 film ‘The Cult of JT LeRoy,’ he played himself. In the former, Panio was shown reading portions and discussing his thoughts on Laura Albert’s fictional author JT LeRoy.

Panio was born on July 7, 1975, and raised in Massachusetts. He has American and Greek ancestry. Literature was his major at the University of Massachusetts Amherst, from which he graduated. He possesses a degree in management from the Graduate School of Business at Stanford University.

In 2007, Panio married actress and author Molly Ringwald. The couple has three children: Adele Georgiana, Mathilda Ereni, and Roman Stylianos. Panio and Molly have been married for ten years, and their connection has never been stronger.

Panio Gianopoulos is one of the wealthiest and most popular authors. According to our investigation, Wikipedia, Forbes, and Business Insider, Panio Gianopoulos has an estimated net worth of $1.5 million.