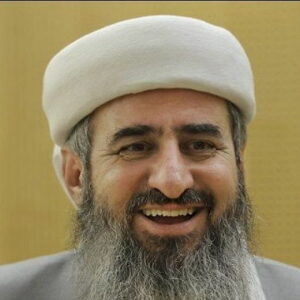 The founder of the terrorist group Ansar al-Islam, Mullah Krekar, is a Kurdish scholar who practices Sunni Islam (Helpers of Islam). Ansar al-Islam, an armed organization, was founded in Kurdistan, where it started carrying out its operations. Krekar arrived in Norway years ago as a refugee from northern Iraq, but due to his dubious actions, he has not been given Norwegian citizenship. Although he initially claimed he was unaware of the terrorist acts carried out by Ansar al-Islam during the Iraqi insurgency, he has since admitted that he is the co-founder of the organization that attacked American troops. Associated with bombs across Europe, Ansar al-Islam has ties to both the Islamic State and al-Qaeda. A number of the terrorist group’s members have been hanged, while many others have received life sentences. The Supreme Court of Norway has deemed Krekar to be a “threat to national security” and he has been on the UN terror list since 2006. Although the Norwegian government is unable to deport him at this time owing to humanitarian fears that he would be tortured or killed there, the Kurdistan Regional Government has repeatedly requested that he be transferred from Norway. But according to rumors, he would be forcibly moved to the village of Kyrksaeterra in Trndelag on a National Police Directorate order.

Mullah Krekar was born on July 7, 1956, as Najmuddin Faraj Ahmad in Sulaymaniyah, northern Iraq. His early education was received in Iraq.

He received his education at Sulaimania College, where he earned a degree in Arabic in 1982. He began studying law in Pakistan under Abdullah Azzam in the 1980s and eventually earned a degree in jurisprudence from Azzam, who also served as a tutor to al-Qaeda leaders Osama bin Laden and Ayman al-Zawahiri. Additionally, it is thought that he participated in the jihad in Afghanistan that was carried out by Azzam-led “Afghan Arabs.”

In 1988, he earned his Ph.D. from the University of Sind. His dissertation, titled “The methodology of Da’wa in the tale of Moosa (Moses),” covered this topic. Additionally, it is thought that he met Osama bin Laden in that same year.

In 1988, after finishing his education, he went back to Iraq. When he arrived, the Islamic Movement of Kurdistan’s military office was given to him to manage (IMK).

In 1991, he entered Norway as a refugee and eventually took his family with him. Even though he was not given Norwegian citizenship at first, his wife and children eventually received it.
In 1992, he was selected to lead the IMK’s Military Wing, and in 1995, he was named to lead the IMK’s Office of Planning and Implementation.

Mullah Krekar discussed the foundations of a new Islamic Movement and Kurdish political history in a lengthy interview that was published in 1997 by the magazine “Nida’ul Islam.” Additionally, he made a financial appeal in favor of the mujahideen.

After the 9/11 attacks, he temporarily departed Norway throughout the 2000s, and by 2002, he was reportedly back in northern Iraq. He got involved in the suicide attacks in Iraq the same year.

He was already well-known at this point for being the head of a terrorist group. Mullah Krekar was to be deported in 2003, according to Norwegian immigration officials, because of his involvement in terrorist activities, which were unknown when his application for refugee status was approved.

In March 2003, the kokrim law enforcement organization in Norway issued an arrest warrant for him. After several months, he was ultimately hauled into jail in January 2004. According to the court, there was good reason to believe that he was connected to Ansar al-Islam and had a significant role inside the terrorist organization.

The American government designated Ansar al-Islam as a terrorist organization by the middle of the 2000s. However, Mullah Krekar asserted that he was no longer in charge of the organization and denied any role in any terrorist activities that the organization may have engaged in.

Abdel Hussein Shandal, the minister of justice in Iraq, declared that Mullah Krekar should face trial there because he was sought there. Krekar said that he desired to travel to Iraq and openly challenge the Iraqi administration. However, despite being advised by the Norwegian minister of labor and migration that he was free to leave if he so desired, he chose not to travel to Iraq.

The Supreme Court of Norway determined in November 2007 that Krekar posed a danger to Norway’s security. Despite the fact that this judgment affirmed the government’s 2003 decision to deport him to Iraq, he could not yet be sent there since Norwegian law forbids extradition to countries where a prisoner could be sentenced to death.
In March 2012, he was given a five-year prison term for repeatedly threatening to kill Kurds and politicians in Norway. The Norwegian Police Security Service (PST) and Norwegian Police then detained him. He was sentenced to a further year in prison in August 2012.

Mullah Krekar was ordered by the Norwegian Police Service to be moved without his will to the village of Kyrksaeterra in Trndelag in January 2015.

Additionally, Mullah Krekar is the author of numerous literary works, including the autobiography “In My Own Words,” as well as numerous translations, original compositions, and poetry collections.

He has four kids and is married.

One of the wealthiest and most well-liked politicians is Mullah Krekar. Mullah Krekar is worth $5 million, according to our analysis of data from sources like Wikipedia, Forbes, and Business Insider.