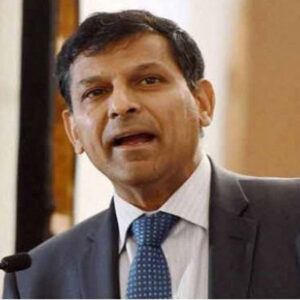 Raghuram Rajan is an Indian economist and the current Vice-Chairman of the Bank for International Settlements. He was the previous Governor of the Reserve Bank of India. He was the 23rd Governor of the Reserve Bank of India, and during his three-year tenure, he is credited with restoring the rupee’s strength and reducing inflation to 6% from double-digit levels. He was hired as the International Monetary Fund’s Chief Economist after an illustrious career as an academician at the Booth School of Business. Rajan has always been a top achiever, having attended some of the greatest educational institutions in the country and overseas. Rajan received a Ph.D. in management from MIT Sloan School of Management for his thesis ‘Essays on Banking.’ He is an alumni of IIT-Delhi and IIM-A. He has always been known as a pragmatist, as evidenced by his several articles, including the contentious ‘Has Financial Development Made the World Riskier?’ Raghuram was originally mocked, but he was later praised for foreseeing the 2008 financial crisis in the United States. When he took over as Governor of the Reserve Bank of India, his straightforward and practical attitude was important in combating the country’s high inflation. Rajan is a campaigner for the free market economy and a member of the Group of Thirty. He claims in his book “Saving Capitalism from the Capitalists” that capitalism is a useful tool for alleviating poverty and providing equitable opportunity for all.

Raghuram Govind Rajan is the son of R. Govindarajan, a former intelligence officer, and his wife. He was born on February 3, 1963, in the city of Bhopal, Madhya Pradesh, India, as the family’s third child.
He attended the ‘Delhi Public School R. K. Puram’ before enrolling in the ‘Indian Institute of Technology’ in Delhi. In 1985, he received the ‘Director’s Gold Medal’ after graduating from the Ivy League college with a degree in electrical engineering.

Raghuram then went on to the prestigious ‘Indian Institute of Management, Ahmedabad’ to further his education. He won the Gold Medal for completing his Post Graduate Diploma in Business Administration with flying colors from the prestigious management school in 1987.
In 1991, he completed his Ph.D. at the MIT Sloan School of Management, where he successfully defended his thesis ‘Essays on Banking’ and received a doctorate in Management.

Rajan began his academic career as an assistant professor at the ‘Booth School of Business,’ a division of the ‘University of Chicago.’ During his tenure, he was asked to give guest lectures at a number of prestigious schools, including the ‘Kellogg School’ and the ‘Stockholm School of Economics.’

During the years 2003-2006, he served as the IMF Economic Counsellor and Director of Research, demonstrating his ability as an economist. In 2003, he co-authored with Luigi Zingales the book “Saving Capitalism from the Capitalists: Unleashing the Power of Financial Markets to Create Wealth and Spread Opportunity.”
In 2005, Rajan published a report titled “Has Financial Development Made the World Riskier?” in which he examined worldwide economies. The article was widely panned at the time, but the subsequent slump in world markets led many to agree with his conclusions.

In 2007, Rajan returned to teaching for a short time before being appointed as an honorary economic adviser by then-Indian Prime Minister Dr. Manmohan Singh in November of that year. He was the chairman of the Indian Government’s Planning Commission’s financial reforms committee.
In 2009, he published an article in ‘The Economist’ about reducing the boom-bust financial cycles that occur as a result of financial liberalization.

‘Fault Lines: How Hidden Fractures Still Threaten the World Economy,’ published in 2010, was written by this prodigal economist. The book was warmly welcomed by both audiences and critics, and the Financial Times named it the greatest business book of the year.

Raghuram is a member of the ‘Group of Thirty’ and the ‘American Academy of Arts and Sciences,’ among other notable organizations. He was the president of the ‘American Academy of Arts and Sciences’ in 2011.
The following year, he was named as the successor of Kaushik Basu, the outgoing Chief Economic Adviser to the Government of India, in the Indian Government. He was tasked with conducting the Economic Survey for India 2012-13 in this capacity.

He became the Governor of the Reserve Bank of India, India’s central bank, on September 5, 2013. After Manmohan Singh, he became one of the youngest people to hold the job. Since taking office, the pragmatist financial expert has been committed to lowering the country’s inflation rate.

Rajan has made significant contributions to the field of economics, the most notable of which is his foresight into the current economic upheaval in the United States. Though he was initially mocked as a “Luddite,” the succeeding economic crisis in the United States and later Europe from 2008 to 2012 established his place among the finest economists of our time.

In 2003, the ‘American Finance Association’ awarded Rajan the ‘Fischer Black Prize.’ The prize is given to economists under the age of 40 who have made significant contributions to the financial sector.
He was awarded the Deutsche Bank Prize for Financial Economics 2013 for “ground-breaking academic work that influenced financial and macroeconomic policies around the world.”

Rajan married Radhika Puri, whom he met at IIM-A, and the couple has two children together. Radhika works as a law professor at the ‘University of Chicago Law School.’
The economist is also a sports and quiz aficionado who has competed in events such as the ‘Standard Chartered Mumbai Marathon 2015’.

Raghuram Rajan salary and net worth: Raghuram Rajan is an Economist with a net worth of $85.9 billion. Raghuram Rajan was born on February 3, 1963, in New Delhi, India. After serving as an executive adviser to both the International Monetary Fund and the Indian Ministry of Finance, this distinguished economist was appointed Governor of the Reserve Bank of India in 2013.

This eminent economist was interviewed as part of the research for the documentary ‘Inside Job,’ in which he discussed the global financial crisis in detail.

Rajan is an ardent quizzer who, in the 1980s, appeared on national television with a group of pals.