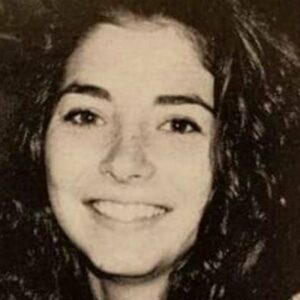 The late American actor Paul Walker, who portrayed the well-known character Brian O’Conner in the “The Fast and the Furious” series, had a renowned ex-girlfriend named Rebecca Soteros. Meadow Rain Walker, Paul’s only kid, is also raised by her. Early in 1998, Rebecca and Paul started dating after their first meeting in California. Eventually, Rebecca was pregnant with Meadow. Paul declined her marriage proposal because he was only 25 and not prepared for wedlock. Meadow was raised by Rebecca in Hawaii until she turned 13 and then moved to California to live with her father since Paul was unwilling to make any commitments. Rebecca, meanwhile, started having her own alcohol-related problems. Rebecca traveled to California to be by Meadow’s side after Paul’s deadly car accident in November 2013, and after her daughter’s custody dispute with Paul’s mother, Cheryl Ann, which was ultimately resolved, Rebecca moved in with Meadow there. She assists the girl in managing a number of charities in Paul’s name.

In California, Rebecca met Paul Walker. Paul hadn’t yet achieved success in the entertainment field when he met Rebecca, despite having begun his television career as a toddler by appearing in a TV commercial and later making his debut in both television and cinema as a child artist. Early in 1998, the two began dating. Paul and Rebecca had discussions about getting married, but he treated them more casually. In March of that year, Rebecca got pregnant with Meadow. When Paul, then 25 years old, was asked to marry Rebecca, he declined because he believed he was not ready for marriage. On November 4, 1998, their daughter Meadow Rain Walker was born. Rebecca and Meadow split up and moved to Hawaii because Paul was unwilling to make a commitment.

Meadow addressed her father when she was 12 years old and enquired about moving in with him in California. Meadow, who had previously lived with her mother until she was 13 years old, moved to California in 2011 to live with her father. Although the reason for Meadow’s action is unknown, many feel it was Rebecca’s drinking problems that drove Meadow to leave her, while others think the young daughter simply wanted to improve her relationship with her father. Meadow may have tried to convince her parents to wed but was unsuccessful in her efforts.

On November 30, 2013, Paul was involved in a fatal single-car accident. He was seeing Jasmine Pilchard-Gosnell at the time. After learning of this terrible situation, Rebecca, who had known Paul for a while and stayed close to him, took a flight to California to be by her daughter’s side. Even Paul even admitted that he still had feelings for his daughter’s mother. During a secular service for Paul at Forest Lawn Memorial Park, Rebecca was spotted comforting her daughter. Paul designated his mother Cheryl Ann as Meadow’s intended guardian in his will, which led to a custody dispute between Rebecca and Cheryl. The latter argued that due to Rebecca’s two DUI offenses, she was unfit to serve as Meadow’s guardian. The two then reached a custody agreement, with Cheryl agreeing to grant Rebecca custody of Meadow in exchange for Rebecca agreeing to finish an alcohol rehab program and move to California to raise Meadow. Rebecca assists Meadow in operating the charity in Paul’s name while the mother and daughter are now residents of California.

Mark Soteros and Julie Ann Soteros had a small family when Rebecca was born in 1974. She had her K–12 education in a private, Christian school in California called “Village Christian School,” where she graduated in 1992. She later went to college and graduated with a bachelor’s in secondary education. Soon after graduating, she entered the teaching profession. Some stories claim that she has a younger brother named Joshua.

The estimated net worth of Rebecca Soteros is about $1 million.