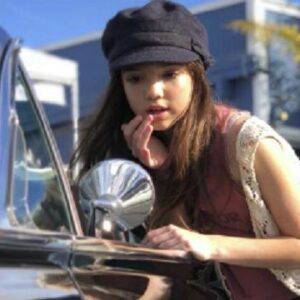 The most well-known character Ruby Jay has ever played is that of “Scavenger” in the wildly successful video game “The Shelter: A Survival Story.” Ruby Jay is an American YouTube celebrity, singer, and actress. She established a reputation for herself before joining the renowned video game by uploading covers of well-known songs on her own YouTube account. Ruby was inspired by the musical theater to begin learning music at a young age, just like the majority of her contemporaries. She started a YouTube channel to upload videos, and over time she built up a respectable following. She began by sharing a cover of one of her own stage performances, “I Know Things Now – Into the Woods,” on YouTube. She began uploading unusual films, such as skits, humorous videos, and vlogs, after publishing a few more cover versions of well-known songs. She quickly gained a sizable fan base and rose to youthful celebrity status in the world of social media.

Early Years and ascent to Fame

On December 3, 2004, Ruby Jay was born in California, USA. She used to mimic the dance moves of famous celebrities when she was a child after watching them on television. Her mother encouraged her daughter to keep doing what she enjoyed the most after finding she had a natural talent for singing and dancing. As early as age two, Ruby was accustomed to performing arts!

She began performing in musical theater when she was five years old. She became a local celebrity thanks to her talent and her parents’ encouragement. She honed her acting abilities by using musical theater as a tool. She shocked everyone by taking on a difficult role in her very first musical theater performance.

At age 10, Ruby began putting herself up for different other musicals. She was able to land multiple parts thanks to her talent and reputation. Eventually, she landed numerous TV roles, though the majority were uncredited.
She gained enormous popularity because of her YouTube channel. She began posting cover versions of her favorite songs on social media since she had always aspired to be a singer. Her journey to becoming a social media sensation so began.

Ruby Jay launched her YouTube account in March 2015. She posted a cover of one of her own stage performances with the title “I Know Things Now – Into the Woods” in her first video. Her channel was off to a wonderful start, and her video received the attention it deserved.

She didn’t upload anything to her channel for over a year after publishing her first video. However, she resurrected her channel after receiving requests from her fans to upload more content and after witnessing other YouTubers’ success. She posted a new video in March 2016 called “Defying Gravity – Wicked.”

She continued to upload cover versions of well-known songs because she enjoyed singing, which increased her audience. As a result, her subscription count increased, and within a year, she had amassed more than 40,000.
Although she initially overloaded her channel with covers of well-known songs, she gradually began posting a wider range of videos in an effort to keep her fans interested and entertained. She also began working with other well-known YouTubers.

Ruby was now motivated to advance her acting profession as well. Later, she took on the role of “Scavenger” in the well-known video game “The Shelter: A Survival Story.” She is currently concentrating on consistently posting videos while attending acting auditions. She has already made appearances on two well-known TV programs, “Tangled: The Series” and “Grey’s Anatomy.”

Ruby is well-known on other social media platforms as well. Her mother manages her Instagram account, which has more than 500,000 followers.

Ruby Jay rarely discusses her personal life. She updates her fans on social media but doesn’t share any details about her personal life.
She spends her free time with her friends, writes songs, and experiments with various musical styles.

Ruby is one of the wealthiest and most well-known TV actors. Ruby Jay’s net worth is estimated to be $1.5 million based on our analysis of data from sources like Wikipedia, Forbes, and Business Insider.