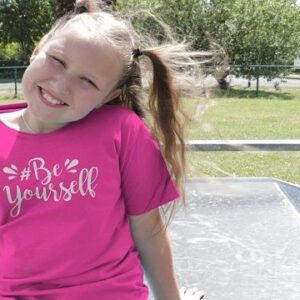 British YouTuber Ruby Rube is well-known for her “3 AM” comedic vlogs, which she uploads to her own channel. She now has a sizable fan base on YouTube. On December 21, 2015, she published a video named “Introducing Ruby Rube” to kick off her YouTube channel. After publishing the video titled “I MAILED MYSELF in a BOX to SANTA CLAUS and IT WORKED!! (Almost Froze to Death),” she gained widespread attention. Later, she published films with messages like “DO NOT MAKE FLUFFY SLIME AT 3AM!! Do not spin a fidget spinner at three in the morning! I MAILED MYSELF in a BOX to the EASTER BUNNY and IT WORKED!!, “DO NOT TALK TO SIRI AT 3AM,” and “*SPOOKY*.” Millions of people have watched each of these films on YouTube. She frequently goes on expeditions and recounts all she encounters in her 3 A.M. challenge videos. The incredibly gifted little celebrity is tremendously well-liked on “Musical.ly” (now called “TikTok”) and regards Ariana Grande as her favorite musician.

Even though Ruby Rube has been uploading videos to her YouTube channel since December 2015, she originally had trouble growing her subscriber base. However, she published the video titled “I MAILED MYSELF in a BOX to SANTA CLAUS and IT WORKED!!” on November 26, 2016. More than 10 million people have watched the video since it first gained notoriety. She became an overnight sensation as a result, and she began gaining more followers.

She began posting her well-known 3.AM challenge videos after the videos solidified her status as a legitimate YouTuber. Calling my school at 3 a.m., calling Jojo Siwa, “DO NOT MAKE PANCAKE ART AT 3 A.M.,” “HAVING FUN IN SMYTHS TOYS STORE AT 3 A.M.,” “24 HOUR CLAIRE’S SLEEPOVER *CHRISTMAS SHOPPING AT 3 A.M.,” “CALLING JOJO SIWA!! Some of her most popular YouTube videos include “DO NOT RECORD YOUR PARENTS SLEEPING AT 3AM!!” and “SHE ANSWERED OMG!!”. The videos show her participating in challenges and pranks while amusingly recounting the entire experience. Ruby Rube is well-known for her vlogging and for posting on TikTok and Instagram.

On January 16, 2006, Ruby Rube was born in a little town in England. Her parents have been fiercely guarding their anonymity because of her early age, thus nothing is known about them. In many of her films, her younger sister Bonnie is shown. Like any other girl her age, she attends school and likes to play with toys and video games. Her parents have played a key role in her success and are actively involved in the production of the videos and their internet distribution.

Ruby Rube has been successful in making a respectable income through her Youtube videos at such a young age. Despite the fact that she has not revealed her official income or estimated net worth.

However, other online sites asserted that as of 2022, her estimated net worth was around $249,000. She is young, but she has a strong source of income that allows her to live a luxurious life.