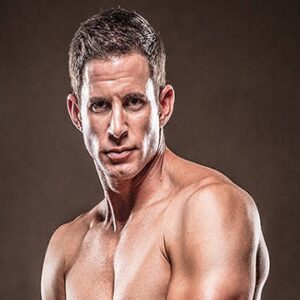 Tarek El Moussa is a well-known name in American households as a real estate agent turned investor, reality TV show host, and millionaire. Tarek is the personification of the American ideal, a clever businessman who understands how to profit from the market’s shifting moods. He boosted his popularity by co-hosting the HGTV show ‘Flip or Flop’ with his wife, Christina, and converting his knowledge of the American real estate market into highly entertaining television. He is a co-owner of ‘Tarek and Christina: The El Moussa Group,’ a real estate investment firm. His high-flying lifestyle and happy family guy image have garnered him a sizable following on Instagram and Twitter. This gorgeous man, the father of two adorable children, has seen enough adversity in his life to appreciate the value of his investments and life in general. His net worth was estimated to be more than $5 million as of April 2017.

Tarek El Moussa was born and raised in the sunny state of California, United States of America. He demonstrated his entrepreneurial ambitions from a young age. Tarek began working as a real estate agent after graduating from high school and quickly established himself as a good salesman. He made the decision to create his own company and applied for a real estate agent’s license. He got his driver’s license at the age of 21 and hasn’t looked back since.

He quickly rose to the top of the real estate market in a number of California counties. While working as a real estate agent, he met his future wife Christina. Things were going well until 2008, when the American real estate market crashed. Tarek and Christina’s financial situation worsened, and they were forced to relocate to a less expensive property.

Tarek began experimenting with a fresh idea in order to deal with the cash issue. He began by purchasing troubled homes at low costs, renovating them, and then reselling them on the market. The couple’s financial situation began to improve as a result of this outlet, which yielded a bigger profit. The couple made their first profit after purchasing a house in Santa Ana for 115,000 dollars and renovating it for a profit of 34,000 dollars.

Tarek and Cristina taped themselves buying distressed homes, renovating them, and selling them for a profit in 2011 in order to pitch a new reality show to television network HGTV. The tape impressed the TV network executives, who thought the concept was sound. They offered the pair the opportunity to host a weekly show showcasing their work, which Tarek accepted. In 2012, he and Christina signed a contract with HGTV, and the show ‘Flip or Flop’ was born.

The couple bought a poor property and then flipped it, refurbishing it and selling it for a considerably higher profit, as shown on the episode. On April 16, 2013, the first episode of ‘Flip & Flop’ aired. The show was a big hit, and it aired for five seasons in a row. Tarek and Christina became household names, and glimpses of their picture-perfect family life with two children endeared them to their viewers. Meanwhile, Tarek has begun hosting a new show on the HGTV network.

Tarek has also co-founded the El Moussa Group, a real estate firm with his wife Christina that focuses mostly on Orange County, California, which has one of the highest foreclosure rates in the country. Since then, they’ve spread into the adjacent states of Arizona and Nevada.

Tarek has excelled in his career thanks to his business acumen and bright, creative mind. You have a winning mix when you combine a nice personality with deadly good looks. It’s no surprise that he’s so well-liked! His resilience in the face of adversity is admirable. He has recovered from two bouts of cancer and is in excellent condition. He’s in better shape than he’s ever been and has a smokin’ great body.

Tarek and Christina appeared to have the perfect life on ‘Flip or Flop,’ but things were not as they seemed under the hood. They were said to have regular disputes, and Tarek suspected his wife of cheating on him with Gary Anderson, a contractor and acquaintance. He even hired a private investigator to investigate his wife’s cheating. The marriage was further harmed by Tarek’s failing health. Tarek and Christina were awarded divorce in 2016, and for the sake of their two children, they are determined to remain friends. Tarek and Christina continue to co-host ‘Flip or Flop.’

Christina Anstead is an American real estate investor and television personality who has previously gone by the names Christina El Moussa and Christina Anstead. Christina Haack is a multi-millionaire with a net worth of $25 million. She first rose to prominence as a co-star on the HGTV show “Flip or Flop,” alongside her then-husband Tarek El Moussa. In 2019, she debuted on a new show called “Christina on the Coast.”