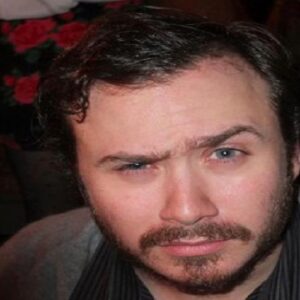 Trent Olsen is a California-based actor, musician, comic book writer, and television personality. He is the older brother of Mary-Kate and Ashley Olsen, better known as the Olsen twins, who have starred in a variety of television shows, films, and direct-to-video releases, including ‘Full House,’ ‘The Adventures of Mary-Kate and Ashley,’ and ‘It Takes Two and Two of a Kind.’ Elizabeth Olsen, his younger sister, is a well-known actress who has been in films such as ‘Silent House,’ ‘Godzilla,’ ‘Avengers: Age of Ultron,’ and ‘Captain America: Civil War.’ ‘Our First Video’ and ‘Olsen Twins Mother’s Day Special’ (both in 1993), ‘You’re Invited to Mary-Kate & Ashley’s Sleepover Party’ and ‘The Adventures of Mary-Kate & Ashley: The Case of the Mystery Cruise’ (both in 1995), and ‘The Adventures of Mary-Kate & Ashley: The Case of the U.S. Space Camp Mission’ (both in 1996), and ‘You’re Invite In the film ‘Old School,’ he worked as an uncredited extra in a scene with Snoop Dogg (2003). In the television series ‘Comedy Corner,’ he played Nick in the episode “Work Break” in 2014. Sandy King Carpenter’s Storm King Productions hired him as a writer.

Trent Olsen hails from a family with a long history in show business. Mary-Kate and Ashley, his younger twin sisters, were cast as Michelle Tanner on the ABC comedy ‘Full House’ when they were just 6 months old. Within a few years, they were extremely popular, and in 1993, at the age of seven, they published their debut video, titled Our First Video, under their family production firm Dualstar. Trent makes his first appearance in this video in a scenario where his sisters upset him by singing “Brother for Sale.” He went on to star in a number of their family projects as himself, as well as in a few movies and TV shows.

While Trent Olsen’s brief acting career has been eclipsed by his younger sisters’ popularity, few people are aware that he auditioned for and was cast in “Tales from the Crypt” (1989). His parents, however, refused to let him act in the film because they believed he was too young to be in a horror picture. Despite his lack of appearances on television or in films, he remained active in the entertainment industry.

He began studying music at the University of Southern California in October 2004 and graduated with a bachelor’s degree in Jazz Studies in May 2006. In Los Angeles, California, he also attended the New York Film Academy. Trent has loved comic books since he was a boy, and he used to both collect and write them.

He moved on to work as a writer at Storm King Productions’ film and television departments, which are recognized for their horror and sci-fi themed comic books and are led by Sandy King Carpenter. Trent has participated in various events and comic conventions for the production firm in addition to writing comic books. He and his younger sister Elizabeth were the inspiration for his younger twin sisters Mary-Kate and Ashley’s Elizabeth and James fashion line.

In 1996, his parents divorced. He is the oldest of three sisters, Mary-Kate and Ashley, twins, and Elizabeth, who are his younger sisters. He also has a half-sister, Courtney Taylor, and a half-brother, Jake, from his father’s second marriage. He is the brother-in-law of Olivier Sarkozy, a French-born US financier and half-brother of former French President Nicolas Sarkozy. While he does not appear to be in a relationship right now, he has previously been linked to a woman named Kacey Style. He was also said to have dated model Katherine Shane for a short time.

He went to a North Hollywood high school and graduated in June 2002. During his time at USC, he hosted movie review shows and won the Mr. Tommy contest. He is quite gregarious and is regarded as a prankster among his friends, who reported that he used to change his birthdate on Facebook every few months.

He would also sell autographed photos of his famous sisters to his pals. He enjoys drawing, playing the piano, and fishing, as well as sports such as basketball, baseball, and football. He adores dogs and frequently publishes photos of them on his Instagram account.

Trent Olsen has a net worth of $500 thousand dollars, however his salary is still unknown. Trent makes a living as a comic book artist and actress.