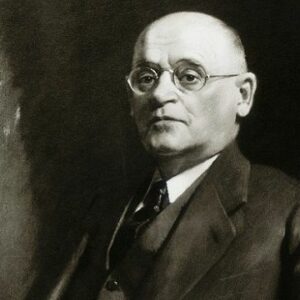 More Facts of Will Keith Kellogg

Will Keith Kellogg (W.K. Kellogg) was an American industrialist who founded the Kellogg Company, which manufactures a variety of popular breakfast cereals. The firm, which originally just made toasted cornflakes, was a huge success, prompting Kellogg to broaden the range of breakfast products it produced and sold. He was a savvy businessman with exceptional entrepreneurial and marketing abilities. He made his company the market leader in the packaged breakfast food market in America for most of the first half of the twentieth century via his hard work and unwavering resolve. Kellogg was born into a large family in Michigan, and as a youngster, he dropped out of school to assist his father in his business. He discovered he was born with a good business sense that would help him tremendously in his future undertakings. Later, he joined his brother, John Harvey Kellogg, in overseeing the Battle Creek Sanitarium, where the brothers invented the flaked cereal technique. Will went his own way after a disagreement with his brother and founded the Battle Creek Toasted Corn Flake Company, which later became the Kellogg Company. Kellogg was a large-hearted philanthropist who was crucial in the foundation of California State Polytechnic University, Pomona, in addition to being a tremendously successful businessman.

Will Keith Kellogg, the seventh of Ann Janette and John Preston Kellogg’s 16 children, was born on April 7, 1860, in Battle Creek, Michigan. His father ran a broom manufacturing company, and both of his parents were devout Seventh-day Adventists who believed in the imminence of Christ’s Second Coming.

Will was engaged in business from a young age, and by the age of 13, he was selling his father’s brooms at local grocery stores. In his mid-teens, he dropped out of school and went into his father’s business.

Career\sWill Keith Kellogg continued to labor alongside his father until 1880. He then went on to Parson’s Business College in Kalamazoo, where he completed a three-month program. His older brother John had graduated from medical school and taken over the Adventist Health Reform Institute, which had been renamed the Battle Creek Sanitarium, by this time. John Kellogg promoted a vegetarian diet, fresh air, and plenty of exercise as a way of life.

W.K. Kellogg went to the sanitarium with his brother. Because John didn’t have time to supervise the sanitarium’s day-to-day operations, he selected Will as the business manager. The younger Kellogg tirelessly carried out the health center’s usual tasks and put in long hours of effort. He did not, however, receive the recognition he deserved, and his compensation was likewise inadequate.

Dr. John Kellogg was experimenting with new foods at the time, attempting to create nutritious vegetarian cuisine for his patients. Will found the method of manufacturing toasted wheat flakes by accident in 1894, and it proved to be a nutritious breakfast meal. The brothers were ecstatic when they discovered that the method worked just as well with oats, rice, and maize.

Around 1897, the Kellogg brothers founded the Sanitas Food Company, which marketed whole grain cereals as a nutritious and convenient breakfast option. W.K. Kellogg had excellent persuasion skills and assisted in the marketing of the cereals to the target market.

W.K. Kellogg knew that the process of creating cereals had tremendous commercial potential but was in danger of being imitated by others, so he requested his brother to keep the process a secret. John, on the other hand, disagreed and took no precautions to keep the secret safe.

One of John’s patients, C. W. Post, meticulously examined the cereal-making process and immediately established his own company, Postum Cereals, which became extremely profitable. Will was enraged by this episode, and his relationship with his brother John deteriorated to the point where he left the sanitarium to start his own business.
The Battle Creek Toasted Corn Flake Company, which subsequently became the Kellogg Company, was founded by W.K. Kellogg in 1906. Initially, the company just sold corn flakes, but as time went on, it began to sell other types of morning cereals as well. Kellogg put in hard hours and marketed his products as being distinctive and nutritious. His marketing strategies paid off, and Kellogg Company became one of the top morning cereal manufacturers in the United States.

He was also a long-time fan of Arabian horses. In 1925, he founded an Arabian horse ranch in California. The ranch became well-known for its horse breeding program as well as its fun monthly horse shows that were available to the public. Hollywood celebrities also frequented these exhibitions. In 1932, Kellogg gave the ranch to the University of California.

Major Projects of Will Keith Kellogg

W. K. Kellogg is best known as the founder of the Kellogg Company, which manufactures cookies, crackers, toaster pastries, cereal bars, and fruit-flavored snacks, among other things. The company’s products are produced in 18 countries and sold in more than 180.

Philanthropic Contributions of Will Keith Kellogg

He was a well-known philanthropist who donated his personal fortune to a variety of worthwhile causes. He established the W. K. Kellogg Foundation in 1930 to assist families with the costs of caring for their damaged or sick children. The foundation eventually widened its scope, donating to a variety of charitable initiatives.

Kellogg College in England was built with financial aid from the W.K. Kellogg Foundation, while California State Polytechnic University, Pomona (Cal Poly Pomona) was founded on land provided by Kellogg.

In 1880, he married Ella Davis for the first time. He and his wife had five children, three of whom died before him. Ella passed away in 1912.

Carrie Staines Kellogg and married in 1918.
He had a long life and spent the majority of his senior years philanthropically. W. K. Kellogg died on October 6, 1951, in Battle Creek, Michigan, at the age of 91.

WK is one of the wealthiest entrepreneurs and one of the most well-known. WK Kellogg’s net worth is estimated to be $1.5 million, according to Wikipedia, Forbes, and Business Insider.