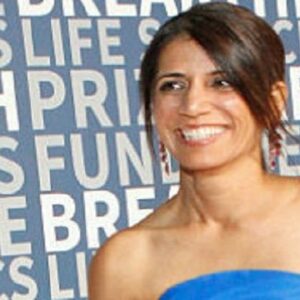 Anjali Pichai is a chemical engineer who works at Intuit, a software firm, as the Business Operation Manager. She is well known for being the adoring wife of Google CEO Sundar Pichai. Sundar has always looked up to Anjali, who has supported him throughout his tremendous journey. She is a strong woman with a wide range of abilities. Anjali has so far succeeded in all aspect of her life, be it academics or work. She is a true woman of substance who has gained the admiration of all those who know her. Despite the fact that she is the wife of Google’s CEO, she has made a name for herself.

Anjali Pichai was born Anjali Haryani in the Indian city of Kota. Mr. Olaram Haryani and Mrs. Madhuri Sharma are her parents. Anjali and her siblings grew up in Rajasthan.
Anjali studied engineering and graduated from the Indian Institute of Technology, Kharagpur, with a B. Tech in Chemical Engineering. In 1993, she received her diploma. Her career began in the late 1990s, when she worked as a Business Analyst for Accenture. She worked for the firm for three years. She then relocated to the United States, where she currently works as a Business Operations Manager for Intuit.

Anjali and Sundar are a couple.

Sundar and Anjali have a simple but touching love tale. It all began during their undergraduate years. When Anjali and Sundar initially met, they were both in their first year at IIT.
They eventually became friends as the days went. They began to spend a lot of time together, and as they learned more about each other, they realized they had a special affinity. They fell in love and began dating soon after. Sundar proposed to Anjali while they were both in their final year of college, and she accepted without hesitation.
However, without phones and internet access, it was difficult for them to meet on a regular basis. Walking all the way to the girl’s hostel to meet her was never a pleasant experience for Sundar. Things would frequently become embarrassing for Anjali when the dorm warden would shout at the top of her lungs to alert her of Sundar’s desire to meet her.

Relationship with a Long Distance Partner

The true obstacle for Anjali and Sundar came when they graduated from college. Sundar had to go to the United States for his higher education, while Anjali had to stay in India. Sundar was not financially self-sufficient, thus he couldn’t make frequent overseas calls. In fact, they were forced to go six months without speaking to one another. However, it had no effect on the allure of their connection.
In reality, the distance pushed them closer! Anjali then landed a job in the United States. Sundar, too, was hired by a semiconductor company.

Before tying the married, they both asked their parents’ consent. The relatives were overjoyed with the union and bestowed blessings on the pair.
It was a simple wedding for them. Anjali and Sundar stayed in the United States after their wedding. Kavya and Kiran, their two children, are now their pride and joy.

The Story of Success

Sundar Pichai came from a humble background. He was born into a middle-class household and raised in it. He and his family lived in a cramped apartment in Chennai during his early years, and he never had access to any kind of luxury. Anjali has always been by his side, guiding him through the process. Microsoft offered Sundar the position of CEO. When he was working for Google, Yahoo and Twitter approached him with hefty offers as well. He’d already decided to leave Google and take any of the offers, but Anjali was against him. Her persuasion and timely suggestions were also important in his professional success. Sundar and Anjali now live in a magnificent penthouse villa in Los Altos Hills, California, where they are happy. Robert Swatt of the SwattMiers architectural firm created a stunning design for the villa. Despite their wealth and success, they remain grounded due to their humble natures.