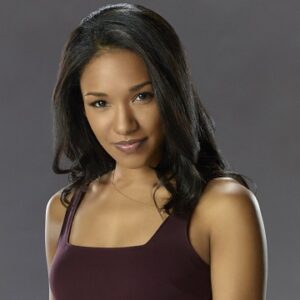 Candice Patton is an American actress who rose to prominence as Iris West in The CW’s superhero television series ‘The Flash.’ Her recurrent role as Tori in the BET television series ‘The Game’ has also made her highly popular. She debuted on stage in a 2002 performance of Shakespeare’s Titus Andronicus at the Collin Theatre Center in Plano, Texas, before making her television debut. In 2004, she made her professional acting debut in the CBS series ‘The Young and the Restless,’ where she played Robin, a role she won in a countrywide talent competition. She went on to appear in a number of popular television shows throughout the years, including ‘The Bold and the Beautiful,’ ‘Entourage,’ ‘Heroes,’ ‘Grey’s Anatomy,’ ‘CSI: Miami,’ and ‘Man Up!’. She also appeared in ‘The Craigslist Killer,’ a TV movie, and ‘The Guest,’ an action-horror picture. She was voted 5th on BuddyTV’s “TV’s 100 Sexiest Women” list in 2014. Patton, who despises photo shoots, was first hesitant to accept an invitation from Maxim, but she was eventually featured in the magazine’s December 2014/January 2015 issue. She reached the 61st position on the Maxim Hot 100 list in May 2015.

The Ascension to Stardom of Candice Patton

Candice Patton has been interested in performing since she was a child, having been born into a family of actors. She used to be a cheerleader at her school, but after she tore her ACL, she began to focus more on theatre. Her fascination with actress Lucille Ball was the catalyst for her to follow her ambitions. A talent scout group from the long-running CBS soap opera ‘The Young and the Restless’ organized the Soap Star Contest while she was a student at Southern Methodist University in Dallas, with the goal of finding a new male and female cast to join the show.

She won the competition and relocated to Los Angeles for five episodes as a cast member of the show. Following her graduation, she relocated to Los Angeles permanently and began looking for professional acting roles. Soon after, she was cast in an episode of ‘The Bold and the Beautiful,’ a soap opera developed by William J. Bell and Lee Phillip Bell, who also created ‘The Young and the Restless.’ She played Olivia, a sorority applicant, in two episodes of the NBC sci-fi superhero series ‘Heroes’ in 2009, before joining the cast of the superhero series ‘The Flash.’ She rose to fame after portraying Iris West in The CW television series ‘The Flash.’

Beyond Notoriety of Candice Patton

Candice Patton worked at Bubba Gump restaurant for a couple of days after graduating from high school in Plano, Texas, and moved to Los Angeles, California. She took the job right away after moving to the city in quest of auditions. She did, however, leave the job before completing the training in order to avoid having to memorize the various types of shrimp on the menu. After that, she worked at Pink Berry for almost a year before deciding to pursue her acting career full-time.

While she is best recognized for her role as Iris, there is a fascinating backstory to her casting. Big celebrities like Keke Palmer and Ciara Renee were first considered for the part. Patton also botched her first audition by forgetting the name of Channing Tatum, about whom she was supposed to speak a line. However, during her second audition with co-star Grant Gustin, she poked him to make him smile, which made their chemistry appear more fun to the casting committee.

Candice Kristina Patton was born in Jackson, Mississippi, on June 24, 1988, to a European-American mother and an African-American father. Arianna Jackson, her mother, was an opera singer, and Paul Patton, her father, was an engineer. Her mother performed in theatrical and musical dramas, while her father is a multi-instrumentalist musician. Arianna’s parents met after one of Arianna’s concerts and began dating shortly after. After the birth of their first child, Adrian, they married. Candice’s parents divorced when she was five years old. She and her brother were reared in Plano, Texas, where her mother relocated following the divorce. She did, however, maintain contact with her father and even visited him frequently. Her brother went on to become a stage performer. She began to exhibit an interest in theatre and acting while attending St. Paul’s School in Plano when she was in elementary school. She went on to Southern Methodist University in Dallas, where she earned a Bachelor of Fine Arts in Theatre and graduated summa cum laude.

Estimated Net Worth of Candice Patton

Candice Patton has an estimated net worth of $3 million as of January 2022.