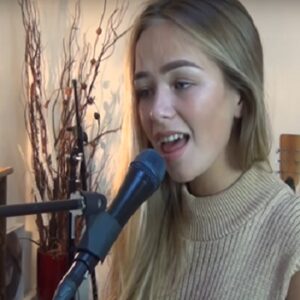 In the inaugural season of the hit reality talent show ‘Britain’s Got Talent,’ a 6-year-old girl named Connie Talbot mesmerized the globe for the first time with her remarkable singing voice. Everyone was so taken with the charming music prodigy that by the conclusion of the season, she had become a global sensation. Years have passed, and the wonder child has matured into a teen pop artist with a global fan base. Connie has seen it all, including five albums, one extended play, and countless singles; round-the-world tours and sold-out concerts; adulation and honors; and she will continue to soar new heights in her current voyage. Here’s a behind-the-scenes look at Connie Victoria Elizabeth Talbot’s meteoric ascent to fame!

There’s no doubt about where Connie’s fantasy run began. ITV premiered “Britain’s Got Talent” in mid-2007, a new reality talent show created by Simon Cowell that would go on to become a global phenomenon with spin-offs in 58 countries. It was here that the public first saw Connie’s brilliance, and she quickly rose to become the show’s face, alongside tenor musician Paul Potts.

Despite the fact that Potts won the first season, Connie won the hearts of millions of people all across the world. Such talent and popularity invariably lead to tremendous changes, which is exactly what happened in Connie’s situation. Connie signed with the Rainbow Recording Company and released her debut album, ‘Over the Rainbow,’ shortly after her BGT run. And that was just the start of many wonderful things to come.

What is it about Connie Talbot that makes her so unique?

Everyone who knew Connie warmly recalls her early years as the youngster who could sing as soon as she could talk. Connie Talbot was destined to be a singer. That may sound cliched, but it’s one of those rare times when it’s accurate. Perhaps’singer’ is a bit of a misnomer because she is also an accomplished pianist. So, a more balanced assessment would be: she is a natural musician! It’s in her blood. Connie is a rare exception in an age when so many mediocre want tobes successfully pass themselves off as artists (due to technology, savvy PR stunts, and tremendous strokes of luck). That is what distinguishes her.

Connie’s creative output was prolific between 2007 and 2016. Her voice became synonymous with the joy and spirit of the holiday season thanks to her albums ‘Connie Talbot’s Christmas Album’ (2008) and ‘Connie Talbot’s Holiday Magic’ (2009). She toured abroad and performed at important events, in addition to brand endorsements for numerous children’s products. One of these trips was to South Korea in 2010, where she performed as the opening act for the ‘Road to Hope’ concert, which commemorated the start of the G20 Summit in Seoul. The mega-event on New Year’s Eve in China (in 2011) was followed by the mega-event on Chinese television, which was seen by nearly 600 million people.

Connie set a lot of records along the way, including being the youngest English musician to make the charts, the youngest to receive a gold record, and the lead vocalist to be supported by the biggest number of supporting vocalists in a public setting.

In Los Angeles in 2012, Connie recorded her first “pop” single, “Sail Away,” which reached No. 1 on CD Baby’s Pop Single Chart. ‘Beautiful World,’ her fourth album, was released the same year and was a great hit in Taiwan and China.

Connie Talbot, who is only 16 years old, is already in her second decade as a musician. She’s gone from being a wunderkind to a teen pop sensation in a flash, and her mother Sharon and father Gavin deserve a lot of credit for that. They’ve been caring and protective of their talented daughter. They haven’t let her singing career get in the way of her education. Connie attends a private school in Birmingham and has demonstrated her ability in both academics and sports, as a member of the school’s netball team.

Connie forayed into the mainstream music genre with confidence in early 2016, with the release of her fifth album, ‘Matters to Me,’ after years of collaborating with Grammy award-winning producers and playing with a slew of well-known performers. That, in my opinion, is only the beginning. The girl who began singing before she could speak will enthrall and fascinate us for years to come, and that is cause for celebration.

Following her professional career as a singer, Connie has been able to accumulate an estimated net worth of $1 million $5 million.

Connie is the holder of three Guinness World Records!