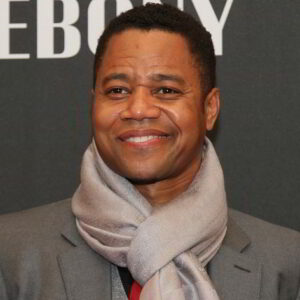 Cuba Gooding Jr. is a well-known African-American actor best recognized for his Academy Award-winning performance in Cameron Crowe’s comic sports film ‘Jerry Maguire.’ He strengthened his acting career with the 1991 American drama film ‘Boyz n the Hood,’ directed by John Singleton, after appearing in tiny guest appearances in TV shows such as ‘Better Days’ and ‘Hill Street Blues.’ The film was a huge success and won numerous awards. Gooding was nominated for a Chicago Film Critics Association Award for Best Supporting Actor for his performance. Later, he starred in Wolfgang Peterson’s medical drama ‘Outbreak.’ The film followed the spread of a fake illness known as the Motaba virus first Zaire and then the United States. The film was a hit, and Gooding was nominated for two Oscars for his performance. He began performing in direct-to-DVD films rather than theatrical and television releases after appearing in several other popular films. Some of his latest projects include the 2013 film ‘Life of a King’ and the 2014 American feature ‘Freedom,’ in which Gooding not only starred but also served as executive producer.

Cuba Gooding Jr. was born in the Bronx, New York City, on the 2nd of January 1968. His father, Cuba Gooding Sr., was the lead singer of the soul band ‘The Main Ingredient.’ Shirley, his mother, was a member of the group ‘The Sweethearts.’ They have four children, including Gooding Jr.

After his father’s music group’s smash track ‘Everybody Plays the Fool’ was released in 1972, the family relocated to Los Angeles. Unfortunately, his father abandoned the family soon after, leaving his mother to raise the children alone.

Gooding attended Apple Valley High School and John F. Kennedy High School, among others. He became interested in Japanese martial arts after high school and studied it for three years before focusing on acting.

The career of Cuba Gooding jr.

Cuba Gooding began his career as a guest star on television shows such as ‘Better Days,’ ‘Hill Street Blues,’ and ‘MacGyver’ (1989). His first important appearance was in John Singleton’s American drama film ‘Boyz n the Hood.’ The picture, which was released on July 12, 1991, was a commercial triumph as well as a source of celebrity for Gooding.

Following the success of his first film, he went on to play in supporting roles in films like ‘A Few Good Men,’ a 1992 American drama, ‘Judgment Night,’ a 1993 American action thriller, and finally ‘Blown Away,’ a 1994 American thriller.

Cuba Gooding’s career soared after the release of ‘Jerry Maguire,’ a 1996 sports drama film. The film, in which Gooding co-starred with Tom Cruise, was a box office success and won several accolades. He portrayed an arrogant but devoted football player.

He won an Academy Award for Best Supporting Actor for it. The film became the ninth highest grossing film of 1996, grossing more than $273 million worldwide.

Following his tremendous breakthrough in 1996, he acted in films such as James L. Brooks’ ‘As Good as It Gets,’ a 1997 American comedy. The next year, in 1998, he appeared in the fantasy drama film ‘What Dreams May Come,’ in which he co-starred with Robin Williams.

Gooding’s most recent important film role was in the 2013 American drama film ‘The Butler.’ Eugene Allen, a waiter and butler who worked for the US government at the White House, was loosely based on his life.

He’s also made cameo appearances on a number of TV shows, the most of which were guest appearances. In ‘The People v. O.J. Simpson: American Crime Story,’ he played a pivotal part. The O.J. Simpson murder case was the subject of the show, which premiered on February 2, 2016.

The case involved a well-known NFL (National Football League) player who was suspected of killing his wife and a mutual acquaintance. The program was a hit and won a number of accolades.

The 1996 American sports film ‘Jerry Maguire,’ for which Cuba Gooding Jr. received an Academy Award, can be considered his most noteworthy accomplishment. In the film, Gooding co-starred alongside Tom Cruise as a football player.

The picture received positive reviews from reviewers and grossed more than $273 million worldwide. It also received a slew of accolades. The picture also featured Kelly Preston, Jerry O’ Connell, Regina King, and Bonnie Hunt, in addition to Cruise and Gooding.

Another notable achievement of Gooding’s career is ‘What Dreams May Come,’ in which he co-starred with Robin Williams. The film, which is based on American novelist Richard Matheson’s 1978 novel of the same name, centers on the postmortem experiences of a man named Chris Nielsen, played by Williams.

Critics have given the picture a mixed response. It did, however, receive a number of accolades, including the Art Directors Guild Award for Excellence in Production Design.

His most recent appearance was in the 2014 British-American historical drama film ‘Selma,’ in which he played a supporting role. The movie is based on the 1965 Selma to Montgomery marches, which took place from Selma, Alabama, to Montgomery, Alabama’s state capital.

The march was held to draw attention to racial injustice against African Americans. The film received four Golden Globe nominations. The majority of the feedback was good. The story’s historical veracity, on the other hand, sparked debate and criticism.

In 1994, Cuba Gooding married Sara Kapfer, his high school sweetheart. They are the parents of three children. However, the pair divorced in 2014 and is currently pursuing a divorce.

Cuba Gooding Jr. is an actor from the United States with a net worth of $14 million.

This well-known actor is also an accomplished hockey player. In his spare time, he enjoys playing hockey and even has a rink in his backyard.
He also enjoys traveling in Hawaii, which he does with his family on a regular basis.