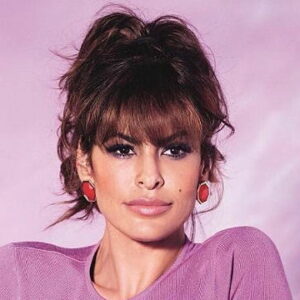 Eva Mendes is an actress and model from the United States. She was discovered by a talent agent, who saw her potential and pushed her to pursue a career in show business. She dropped out of university after much thought to pursue a career in the entertainment industry. She made her acting debut in the film ‘Children of the Corn V: Fields of Terror,’ but was underwhelmed by her own performance. She put in a lot of effort and practice to improve her acting skills, and she appeared in a number of low-budget films to demonstrate her abilities. This actor’s journey was not easy, but her sheer willpower and patience were rewarded. Her acting career took off after she got attention, acclaim, and favorable reviews for her role in the film ‘Training Day.’ ‘2 Fast 2 Furious,’ ‘Hitch,’ ‘Ghost Rider,’ ‘Bad Lieutenant: Port of Call New Orleans,’ and ‘Holy Motors’ are just a few of her well-known films.

Eva Mendes was born in Miami, Florida, to Eva Pérez Suárez and Juan Carlos Méndez on March 5, 1974. She was born and raised in Glendale, a Los Angeles suburb. After her parents divorced, she was primarily reared by her mother.

She attended Glendale’s ‘Hoover High School,’ and then went on to study marketing at ‘California State University, Northridge.’ She did, however, drop out of university in 1997 to pursue a career in acting.

She starred with the electronic pop band ‘Pet Shop Boys’ in a music video titled ‘Se a vida é’ (That’s the Way Life Is) in 1996. She also appeared in Will Smith’s video “Miami.”
She made her acting debut in the 1998 film ‘Children of the Corn V: Fields of Terror,’ in which she played ‘Kir.’ Ethan Wiley was the director of the picture.

She starred as ‘Matilda’ in Erik Fleming’s adventure film ‘My Brother the Pig,’ which was released in 1999. Her career was not helped by the film.

She appeared in the film ‘Urban Legends: Final Cut’ in 2000, playing the character ‘Vanessa Valdeon.’ John Ottman directed the film, which was a minor success. She starred as ‘Sara’ in the Academy Award-winning crime drama picture ‘Training Day,’ directed by Antoine Fuqua, in 2001.

In the film ‘2 Fast 2 Furious,’ she played Monica Fuentes, an undercover United States Customs Service agent. The film, directed by John Singleton, was a smash blockbuster at the box office. The picture was well-received, and it provided her with much-needed recognition.

She played alongside Will Smith in the romantic comedy film ‘Hitch’ in 2005. Andy Tennant directed the film, which was a box office success. It was also well-received by critics.

She starred as ‘Roxanne Simpson’ in Mark Steven Johnson’s eerie film ‘Ghost Rider,’ which was directed and written by her. Despite the negative reviews, the picture performed well at the box office.
In 2009, she played alongside Nicolas Cage in the crime drama film ‘Bad Lieutenant: Port of Call New Orleans.’ The film premiered at the 66th Venice International Film Festival, directed by Werner Herzog.

She made her acting debut in Adam McKay’s action comedy film ‘The Other Guys’ in 2010. The picture was well-received by critics and did well at the box office.

In 2012, she starred as ‘Kay M’ in Leos Carax’s film ‘Holy Motors,’ in which she portrayed the character of ‘Kay M.’ ‘Cannes Film Festival’ hosted a screening of the film. She appeared in films such as ‘Girl in Progress’ and ‘The Place Beyond the Pines’ the same year.
In the 2014 film ‘Lost River,’ she portrayed a cabaret performance artist named ‘Cat.’

In 2005, she starred in the critically acclaimed picture ‘Hitch,’ which was a box office triumph. The film grossed a stunning $368.1 million worldwide. ‘The New York Times’ and ‘BBC Movies’ both gave it positive reviews.
She starred in the critically acclaimed film ‘2 Fast 2 Furious.’ The film grossed $236.35 million worldwide, making it the 16th highest-grossing picture of all time.

She was romantically involved with George Augusto from 2002 till 2010.
She started dating Canadian actor Ryan Thomas Gosling in 2011. They have two daughters together. Their first daughter arrived in September 2014, and their second arrived in April 2016.
She uses transcendental meditation to improve her health.
She is a vegetarian who eats only fish.

Eva Mendes has a net worth of $20 million.

In 2008, this well-known American actor entered a treatment facility. She declined to reveal the cause, claiming that doing so would harm her mother.