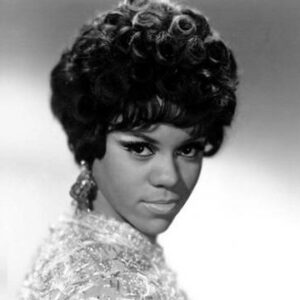 Florence Ballard Chapman was a founder member of ‘The Supremes,’ a female singing ensemble. Her deep, rich, and soulful voice was well-known, but Diane Ross, a fellow member of her group, quickly overtook her. She used to engage in talent contests in high school and was known for her distinct voice and stage persona. Her vocal ability drew the attention of a reputable record label, and she was later invited to audition for a band. Her time with ‘The Supremes’ was short-lived, as she was never given the chance to show herself as a lead singer and was frequently relegated to background vocals. She was kicked out of the group after a bitter feud and disagreement with the management, and she responded by missing performances and recording sessions. She also tried her hand as a solo vocalist for a short time, but her life quickly devolved owing to poverty and alcoholism. Her financial situation improved afterward, and she resumed her career as a vocalist. However, her career was cut short due to her untimely demise.

Florence Glenda Ballard was Jesse and Lurlee Ballard’s tenth child, born in Detroit, Michigan.
Her father, who was a musician himself, introduced her to the world of music and trained her in it. ‘Northwestern High School’ was her alma mater.

In 1959, the manager of the vocal group ‘Primes’ persuaded her to join their sister group ‘Primettes’ after noticing her singing talent. She quickly encouraged her friend Mary Wilson to audition for the same role, and the two were chosen together. When the management brought in singers Diane Ross and Betty McGlown, the group became a quartet.

They landed their first audition with Berry Gordy’s ‘MoTown Records,’ but were encouraged to finish high school because they were too young to become professional singers. All of the other members of the group eventually graduated from high school, while Ballard dropped out.

She had a misfortune in 1960 that affected her entire attitude on life. She went from being a joyful and bubbly teenager to becoming a recluse after being raped at knifepoint by a local high school basketball player.

The ‘Primettes’ published their first album, ‘Tears of Sorrow,’ on the Lupine Records label, but it was not well received.
The band’s hits ‘After All,’ ‘You Can Depend on Me,’ and ‘Buttered Popcorn,’ which were released in August 1960, rocketed them to popularity.

The band was renamed ‘The Supremes’ on January 1, 1961, and they obtained a contract with ‘MoTown Records.’
Ballard left the group in 1962 and became a vocalist for the all-girl group ‘The Marvelettes,’ replacing singer Wanda Young, who was on maternity leave.

‘Ain’t That Good News,’ ‘People,’ and ‘It Makes No Difference Now’ are a few of her unreleased singles.
She was replaced by another vocalist in 1966 owing to excessive alcoholism and weight gain, bringing her stint with ‘The Supremes’ to an end.
During her time with ‘The Supremes,’ she had 10 ‘number one’ hits and sixteen ‘top forty’ singles between 1963 and 1967.

‘ABC Records’ signed her and issued two of her singles, ‘It Doesn’t Matter How I Say It’ and ‘Love Ain’t Love,’ in 1968. They were commercially unsuccessful, and her subsequent albums were shelved by the record label.
She made a comeback as a singer with a new record deal on June 25, 1975, at the ‘Henry and Edsel Ford Auditorium’ in Detroit.

She sang lead vocals on the song ‘People,’ which appeared on ‘The Supremes’ album ‘There’s A Place for Us,’ in 1964. It quickly became her signature song, and she began performing it in auditoriums, concerts, and nightclubs over the next two decades.

She was inducted into the ‘Rock and Roll Hall of Fame’ posthumously in 1988.

She married Thomas Chapman, a driver, on February 29, 1968, and the pair had twin daughters the following year.
She gave birth to her third child in 1971, but her husband abandoned her, resulting in a financial hardship for the family.

Despite the fact that her comeback was a success, she struggled with health issues as a result of her alcoholism. She died of heart arrest in Mt. Carmel Mercy Hospital at the age of 32. She was laid to rest at Michigan’s ‘Detroit Memorial Park Cemetery.’

The musical drama ‘Dreamgirls,’ starring Jennifer Hudson and Beyonc Knowles, was released in 2006 and was turned into a ‘film a clef,’ incorporating recordings by ‘The Supremes’ and ‘MoTown Records.’

Florence Ballard was born in June 1943 in Detroit, Michigan, and died in February 1976. At the time of her death, she had a net worth of $400,000. R&B, pop, soul, and doo-wop were among her musical styles. She was most recognized for being a founding member of the Supremes, a female vocal ensemble. She provided lead vocals on 16 of the group’s top 40 tracks, including ten number-one successes.

The studio engineers instructed this well-known female vocalist, who possessed a tremendous voice, to stand 17 feet away from the microphone while recording a song.