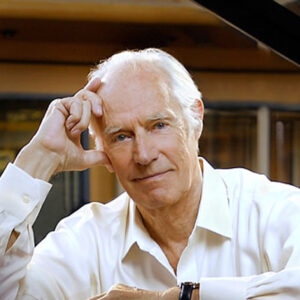 George Martin’s association with the Beatles, to which he devoted his entire life, has gotten a lot of attention. Because of his participation with the Beatles, the ace record producer and composer is commonly referred to as the ‘Fifth Beatle.’ Throughout his career, he functioned not only as the record’s producer, but also as the band’s publicist, cheerfully answering any queries regarding the band. This great producer also assisted in the creation of their lavish productions and is considered as one of the music industry’s most versatile producers. This Oscar-nominated composer and founder was also a co-founder of the well-known AIR studios. His genius is evidenced by the fact that he created nearly thirty number one hits in the United Kingdom. This genius was the recipient of numerous prizes and distinctions, including two Ivor Novello Awards and five Grammy Awards. He worked in the music industry, the film industry, for television, and in live performances during the course of a six-decade career. He has also held a number of important positions, including executive positions in media firms, and has made considerable contributions to a number of charity causes. He was given an honorary Knighthood in appreciation of his remarkable contribution to music and popular culture.

George Martin was born into a working-class family in the English town of Drayton Park. His parents gave him a piano when he was six years old, which piqued his interest in music.

He persuaded his parents to let him take piano lessons two years later. However, due to arguments between his mother and the teacher, he was only able to complete eight lessons. He was mostly self-taught after that incident.
He went to St Joseph’s Elementary School in Highgate, St Ignatius College in Stamford Hill, and Bromley Grammar School, among others.

Before joining the Royal Navy’s Fleet Air Arm in 1943, he worked as a quality surveyor and a clerk in the war office when World War II broke out.

After the war, he studied at the Guildhall School of Music and Drama with Dick James and Brian Epstein Martin, using a grant he received after the war. In 1950, he received his diploma from the institution.

Following graduation in 1950, he worked for the BBC’s classical music department before joining EMI as an assistant to Parlophone boss Oscar Preuss.

When Preuss retired in 1955, Martin became the new head of Parlophone. Rolf Harris, Flanders, Swann, Peter Cook, Dudley Moore, Alan Bennett, and Jonathan Miller were among the performers with whom he had significant success.

He produced an electronic dance track called ‘Time Beat’ in 1962 under the moniker Ray Cathode, which was recorded at the BBC Radiophonic Workshop.

On June 6, 1962, he secured a deal with ‘The Beatles.’ Despite the fact that their first collaboration was not a significant hit, their second collaboration with the track ‘Please Please Me’ had a huge impact, catapulting him to immediate celebrity.

He continued to work with various musicians throughout his tenure with ‘The Beatles,’ including Shirley Bassey, Bernard Cribbins, Flanders and Swann, and subsequently, America and Seatrain.
‘Produced by George Martin: 50 Years In Recording,’ a six-CD retrospective of his entire studio career, was released in 2001.

When he suffered a hearing loss, he left ‘The Beatles’ and was quickly replaced by ELO’s writer/producer Jeff Lynne.

Martin announced his retirement due to hearing loss and his advanced age, although he remained engaged in the music industry and was frequently seen at public events.

On December 3, 1965, he released the album ‘Major Works Rubber Soul,’ which he produced. This folk album was hailed as one of the best albums in music history and named #5 on Rolling Stone magazine’s “500 Greatest Albums of All Time” list.

In 1964, he was nominated for an Academy Award for ‘Scoring of Music’ for the film ‘A Hard Day’s Night.’
In 1967, he won a Grammy Award for ‘Sgt. Pepper’s Lonely Hearts Club Band’ in the category of ‘Best Contemporary Album.’

The British Phonographic Industry Award for Outstanding Contribution was given to him in 1984.
In 1996, he was made an honorary Knight Bachelor of the Order of the British Empire for his contributions to music.
On November 14, 2006, he was inducted into the UK Music Hall of Fame.

On March 8, 2016, George Martin passed away peacefully at his home in Wiltshire, England. He was 90 years old.

George Martin was an English producer, songwriter, and musician who died in 2016 with a net worth of $100 million. He was most known for his work as a producer for The Beatles.

While working with ‘The Beatles,’ this well-known producer generally joined them on the performing end, adding new music to their lineup and thus becoming the “Fifth Beatle.”
In 1969, this well-known music producer and Herman Edel co-founded the ‘Air-Edel Recording Studios.’