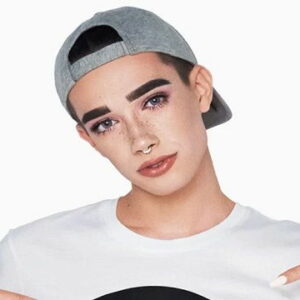 On October 11, 2016, James Charles, an American internet personality, makeup artist, and model, became the first male CoverGirl spokesman. He joined other CoverGirl brand ambassadors such as Katy Perry and Sofia Vergara, Muslim beauty blogger Nura Afia, DJ Amy Pham, and R&B combo Chloe x Halle in a promo for their new product, ‘So Lashy! BlastPro’ Mascara, the following month. He made a guest appearance on ‘The Ellen DeGeneres Show’ later that month to discuss his experience as the first male CoverGirl ambassador. He and actress and singer Zendaya participated in the CoverGirl Makeup Challenge in January 2017. He walked the runway for MarcoMarco’s Six 1/2 collection during Los Angeles Fashion Week in October of that year. Charles, who is openly gay, rose to stardom as a male makeup and beauty guru on YouTube and eventually expanded his reach to other social media platforms. He also sings in a cappella ensembles and frequently posts recordings of them on YouTube and Instagram.

James Charles was working as a hairstylist when he started to explore the world of cosmetics and publish his photos and films on social media since he felt bored and artistically limited. On December 1, 2015, he launched his YouTube channel to share beauty and cosmetic videos with his followers. He quickly rose to prominence as a male beauty guru, and his YouTube channel now has over 5.1 million members. With 5.1 million and over 1 million followers on Instagram and Twitter, he is equally popular. However, it was his tweet on September 5, 2016, in which he shared images with his followers, explaining that he took his own ring light to his high school prom to have a popping highlight on his pictures, that made him instantly famous on the internet. His tale quickly went viral, and he was chosen as CoverGirl’s first male spokesmodel as a result.

James Charles has already courted controversy several times in his little time in the spotlight. He made a profoundly insensitive racist joke about the Ebola outbreak in February 2017, while planning for a vacation to South Africa with his school pals. He was quickly swamped by backlash and quickly deleted the tweet. However, the harm had already been done; not only did his disgustingly racist comment surprise people, but supporters also demanded that CoverGirl drop him from the brand. Realizing the gravity of his acts, he eventually apologized, saying he was deeply sorry for his conduct and that he had learned from his error. Following that, CoverGirl released a statement claiming that his remark did not represent the brand, which respects all people and cultures, and that they were delighted he apologized.

Unfortunately, he became embroiled in yet another issue the following month when it was uncovered that he had lied about the incident that made him famous in the first place. Following an incident with him, his buddy and fellow beauty expert Thomas Halbert, popularly known by his online moniker ‘ThomasBeautyy,’ exposed him by presenting facts that he did not bring a ring light to the photo shoot and that the photos were later Photoshopped to make his makeup look flawless. Halbert then apologized for his behavior, claiming that the photos were taken out of context, and that while James did later alter the shots, he also retook them.

After being questioned by fellow YouTuber Shane Dawson about the rudest celebrity he’d ever met, he described one of his bad experiences in April 2018. He mentioned music singer Ariana Grande, claiming that she had followed him on Twitter after he had shared photos and videos from one of her concerts. She was initially kind, but three hours later she unfollowed him, succumbing to pressure from followers who were furious that she had followed him so soon after the Ebola outbreak. He linked up with controversial YouTuber Tana Mongeau in May 2018 to discuss personal experiences with TV celebrity Tyra Banks, alleging that she had done “shady” things for fame.

James Charles Dickinson was born in Bethlehem, New York, on May 23, 1999. Ian, his younger brother, is his only sibling. He attended Bethlehem Central High School, where he received his diploma in June 2017. The motto ‘Easy, Breezy, Beautiful’ was emblazoned on James’ graduation cap, as he is a spokesmodel for cosmetics firm CoverGirl. He came out as gay for the first time when he was twelve years old, in middle school. His parents are highly accepting of both his sexual orientation and his interest in cosmetics. For his use, his father, a contractor, transformed their basement into a glam-room.

James Charles has a net worth of $22 million.