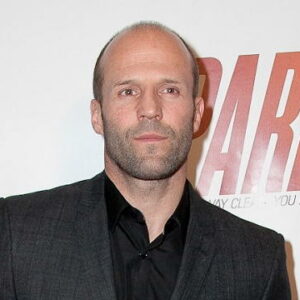 Jason Statham is an actor, producer, and martial artist from England. Jason was adamant about avoiding following in his father’s footsteps. For twelve years, he was a member of the British National Diving Squad. In the World Championships, he placed 12th in platform diving. When the modeling agency Sports Promotions signed him to model for the apparel brand French Connection, he shot to fame. The Shamen, Erasure, and The Beautiful South were among the bands whose music videos he appeared in. Guy Ritchie signed him for “Lock, Stock and Two Smoking Barrels” because the role was based on Statham’s history. Soon after, she was cast in other films. He rose to prominence after starring opposite Brad Pitt, Dennis Farina, and Benicio del Toro in “Snatch” and Sylvester Stallone, Jet Li, and Mickey Rourke in “The Expendables.” He portrays Frank Martin in the film “The Transporter.” In “Transporter 2” and “Transporter 3,” he repeated his role. Statham, who is known for performing his own stunts, has lobbied for stunt performers to be granted their own category at the Academy Awards.

Jason Statham was born on July 26, 1967, to dancer Eileen Yates and street salesman and lounge singer Barry Statham. Vinnie Jones, a footballer, was a boyhood friend of his. He was a football player in elementary school.
For twelve years, he was a member of the British National Diving Squad, competing on the 10-meter platform and the 3-meter springboard. In the 1992 World Championships, he placed 12th in platform diving.

When the agency Sports Promotions observed Statham practicing at London’s Crystal Palace National Sports Centre, he shot to fame. Later, he worked as a model for the French Connection clothing line.
To make ends meet, he had little choice but to follow in his father’s footsteps and sell imitation perfume and jewelry on street corners, something he despised.

From 1993 to 1995, he appeared in music videos such as The Shamen’s “Comin’ On Strong,” Erasure’s “Run to the Sun,” and The Beautiful South’s “Dream a Little Dream of Me.”
He starred opposite Brad Pitt, Dennis Farina, and Benicio del Toro in Guy Ritchie’s 2000 film “Snatch,” in which he portrayed the character of “Turkish.” He was able to break into Hollywood with “Snatch.” He acted in two films in 2001: “Ghosts of Mars” and “The One.” His outstanding performance helped him win more gigs. He appeared in a variety of films between 2002 and 2004, including “Mean Machine,” “The Italian Job,” in which he played Handsome Rob, and “Cellular,” in which he played the major villain. He had a dramatic role in the film “London” in 2006. In the action film “Crank” and its sequel “Crank: High Voltage,” he plays Chev Chelios.

In 2008, he starred in “The Bank Job,” a crime thriller, and “Death Race,” a replica of “Death Race 2000.” He was hailed as the most popular action movie star.
He co-starred in “The Expendables” with Sylvester Stallone, Jet Li, and Mickey Rourke in 2010. Statham portrayed Lee Christmas, a former SAS member who specialized in close combat.

In 2011, he starred in “The Mechanic,” a remake of the Charles Bronson picture. He returned to acting in the British police drama “Blitz.” In “Killer Elite,” he played Danny, an assassin who comes out of retirement to save his comrade Robert De Niro. It was inspired by Sir Ranulph Fiennes’ fictional novel “The Feather Men,” which was based on true occurrences.
“The Expendables 2,” in which he reprised his role as Lee Christmas, and “Safe” were his 2012 releases. He also appeared in “Fast & Furious 6” as a cameo.
In the 2013 film “Parker,” directed by Taylor Hackford, he played the antihero.

Guy Ritchie gave Statham his first significant break in 1998 with the well-received film “Lock, Stock and Two Smoking Barrels.”
He starred as Frank Martin in the film “The Transporter” in 2002. He studied Wing Chun kung fu, karate, and kickboxing and performed all of his stunts himself. In “Transporter 2” and “Transporter 3,” he repeated his role.

For seven years, Statham dated Kelly Brook, a British model turned presenter and movie actor, and then Sophie Monk, an Australian singer/actress and former member of the popular music group Bardot. He was also linked to Alex Zosman.
Since 2010, he has been dating Rosie Huntington-Whiteley, a 20-year-younger English model and actress. They were spotted together at the Coachella Valley Music and Arts Festival, which made the news public.

Jason Statham has a net worth of $90 million.

This well-known British actor represented England in the Commonwealth Games in 1990.