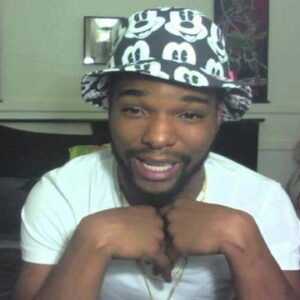 YouTube personality Jinx, sometimes known as Jinx Da Rebel, is American. Jinx, a native of Wisconsin, had a busy youth. He was a standout athlete who eventually joined the US Air Force. He went home after receiving his military discharge and started looking for a creative outlet. His YouTube account was launched in April 2013. In June of that year, the first video was posted online. Jinx produced videos on a variety of subjects, including challenges, humor, and music. However, he gained the majority of his supporters from the reaction videos. He had 116 million views and 1.7 million subscribers as of the beginning of 2018. But due to the same reaction videos, he faced harsh criticism from some of the biggest YouTube personalities. He eventually stopped making reaction videos as a result. Jinx wants to become a musician. He was charged with stealing songs from other hip-hop artists after releasing his debut EP in 2015.

Jinx returned to the United States after quitting the military. On April 30, 2013, he became the first of his brothers to launch a YouTube channel. On June 3, the first episode of Star’s “As The World Turns” (Season 1 – Japan Edition) became available online. In his early videos, the number of views was noticeably low, but this quickly started to alter. He created content on a range of subjects, but reaction videos made up the majority of it. He eventually transitioned into a full-time reactor and was the first user of the website to do so. He had millions of views for every upload during the height of his fame.

He launched Jinx Reloaded, his second channel for movie reviews and vlogging, on June 4, 2015. He has created a third channel for himself and his daughter called Skye Crew. Skye Crew has over 202 thousand subscribers compared to Jinx Reloaded’s 7.6 thousand.

He was greatly impacted by the harsh criticism of his reaction videos. Jinx ultimately made the decision to stop creating reaction videos and instead concentrate on publishing movie reviews and Snapchat vlogs. He switched all of his Jinx Reloaded stuff to his main channel.

He released his Extended Play “The Rap of All Trades” on SoundCloud and iTunes on August 7 and 8, 2015. It wasn’t given much attention at first. He decided it would be a good idea to create music videos for some of the tracks from the EP after the huge controversy. However, it ultimately drew a fresh round of criticism.

He has significantly enhanced his content in recent months. His comic sketches and unboxing videos have been published. Along with his other activities, he has been a hip-hop musician and has just released the songs “Never Say Never,” “I Want,” and “My Crew.”

Disputes and scandals of Jinx

Many other stations made the decision to adopt Jinx and his brother’s reactor strategy after learning from their success. By the end of 2015, YouTube had thousands of reaction channels. The site’s original creators soon became aware of the tendency. The answer came right away. Everyone condemned the situation. Pewdiepie, Doctor Ian Mantis Toboggan, I Hate Everything, GradeAUnderA, LeafyIsHere, DramaAlert, and JacksFilms are just a few of the top YouTube stars who have spoken out against Jinx and people like him. They believed that by responding to them, they were not bringing anything innovative to the video. Jinx attempted to explain himself in a video titled “Message to YouTubers” after receiving such intense criticism, but it just served to exacerbate the situation. He eventually made the decision to permanently stop making reaction films.

Jinx was accused of illegal sampling when he published the music videos for three songs from his EP “The Rap of All Trades” because he had copied another person’s copyrighted work in his music without giving them proper credit. All of the tracks were removed, either by the DMCA or by Jinx. The music was later taken off SoundCloud after Universal, which represented some of the original artists, filed a formal DMCA complaint against him.

Brady was born in Milwaukee, Wisconsin, on November 13, 1992. His two brothers, CJ SO COOL (Cordero James Brady) and CJ on 32s, are both popular YouTubers. With 4.8 million fans, YouTube personality CJ SO COOL is very well-liked. About 86 thousand people subscribe to CJ on 32s. Brady was raised in Gary, Indiana, along with his brothers. Later on, he served in the US Air Force and was stationed in Japan.

He is dating Mercedes Stanley, who runs the MzBenz TV YouTube channel. Their daughter Skye Milan Mercedes Brady was born on September 14, 2017. Jinx is presently a resident of Nevada’s Las Vegas.

This successful YouTuber undoubtedly makes a nice living from his work. There is no information available about his other sources of income except social media activity. However, as of November 2023, his YouTube channel brought in about $57,000.