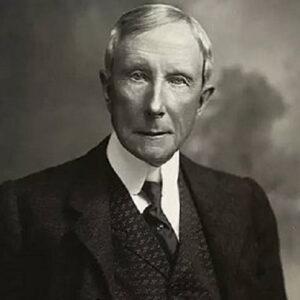 John Luke Robertson became well-known due to the reality series “Duck Dynasty” on family television. Over the course of the show’s ten seasons, viewers have witnessed John change from a little child to an adult. But John’s decision to follow a different route than his parents and grandparents startled the crowd. Today, John is well known for writing children’s books.
Although he comes from one of the most well-known families in America, the author stated in one of the interviews that Luke doesn’t want to limit himself to wealth and notoriety. The life on “Duck Dynasty” was not his dream, he said, but rather that of his grandparents, parents, uncles, and aunts. The child has his own goals and wants to work toward them.
This author has no trouble juggling his marriage and his education. Yes! Even though he is only in his early 20s, he has already wed his high school love. Additionally, Luke is a conference speaker who frequently discusses his family and his beliefs.

The television reality series “Duck Dynasty,” which had more than 100 episodes and was broadcast on the “A&E TV Network,” gave John his major break in the entertainment industry. The lives of John’s family members were the focus of the reality program. These individuals appeared in “Benelli Presents Duck Commander” and “Buck Commander,” both of which were spin-offs of the successful show, before joining it. The Outdoor Channel ran “Buck Commander.”

Both the housekeeping staff and every member of John’s family were included in the program. The fourth season of this program broke all prior records for this network, with more than 1.8 million people, making it the most-watched non-fiction program in history. In addition to their own show, the family advertises “Duck Dynasty” on shows like “Conan,” “Tonight Show with Jay Leno,” “Today,” and “Katie.”

Luke gradually switched his attention from being a reality star to writing. In 2014, he published a book called “Be your Own Duck Commander” that his own family inspired. A quartet of books called “Willie’s Redneck Time Machine,” “Si in Space,” “Jase and the Deadliest Hunter,” and “Phil and the Ghost of Camp Ch-Yo-Ca” are included in this collection of young adult fiction.

Why John Luke Robertson Is So Unique?

John’s presence in the “Duck Dynasty” cast is thought to have contributed to the show’s strong popularity. The cute man with the dimples quickly gained popularity, and everyone appreciated his amusing on-screen movements. John frequently has a smile on his face, which evidently makes many of his viewers feel good.

Beyond Fame “Duck Dynasty” gained popularity when rumors of his marriage spread quickly and widely. John asked his high school sweetheart Kate McEacharn to marry him on his 19th birthday, and she responded with a clear “yes”! Probably the nicest birthday presents a child could receive. John is thought to have followed in the footsteps of his parents, who were also early brides.

The marriage of John and Kate, as well as the publication of his book, “Young and Beardless: The Search for God, Purpose, and a Meaningful Life,” were the bigger news, though. After the wedding, John published his second book and stated that it was inspired by his wife. Additionally, he once said that people should make the most of their life. The book will give readers a tour of his life, beginning with his engagement and concluding with their wedding.

Willie Robertson and Korie Robertson welcomed John Luke Robertson into the world in Monroe. Along with his sister and parents, he grew up and went to “Ouachita Christian High School.” He was a member of the tennis and track teams during his time in school and was a very active student.

Additionally, he twice won the election as the class president. He used to go on mission missions and summer camps in his free time. John married Kate McEacharn, his high school sweetheart, in his early twenties, and the two of them are currently students at “Liberty University.” The program which attracted more than 3 million viewers also included a segment about his marriage.

The estimated net worth of John Luke Robertson is about $1 million.

When John was 15 years old, the Robertson family struck gold. Prior to that, the majority of John’s family members had different employment and money sources.