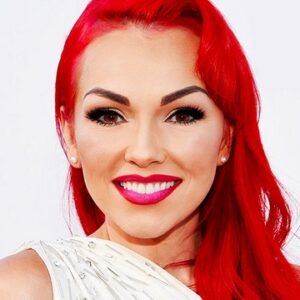 Kandee Johnson is a renowned YouTube beauty vlogger from the United States. As of June 2017, Kandee Johnson’s main channel had 3.8 million subscribers and 423 million views. She began blogging in 2008 and published her first vlog in 2009, using an old video camera that her grandparents had given her. She quickly grew in popularity to the point where she began holding beauty and business seminars on her YouTube channel. She was one of the first beauty and fashion YouTubers. She makes videos about beauty, style, fashion, do-it-yourself, and kid basics, among other topics. She uses her YouTube channel to offer off makeup makeovers, tutorials, and beauty advice. She is well-known for demonstrating how makeup can turn her into characters such as Snow White, Barbie, Edward Scissorhands, Miley Cyrus, and others. She worked as a celebrity make-up artist on TV shows, celebrity appearances, movies, and even wardrobe styling for TV shows and commercials before becoming a YouTube sensation. She is most recognized for her roles in the 2010 film ‘The Sierra,’ 2014’s ‘Skin Wars: Naked Truth,’ and 2015’s Nickelodeon’s ‘Ultimate Halloween Costume Party.’

Kandee Johnson has not only made a name for herself as a well-known beauty guru, but she has also inspired hundreds of bloggers and vloggers to follow in her footsteps. She began blogging about minor occurrences in her daily life as well as her children. She began blogging about beauty, style, and fashion after that. She eventually rose to fame and was published in publications such as ‘Elle,’ Glamour,’ Nylon,’ Self,’ and ‘Cosmopolitan.’ ‘Good Morning America,’ ‘The Late Late Show with James Corden,’ and ‘E!, Fablife,’ among others, have all featured her. She has judged TV series such as the Style Channel’s ‘How Do I Look.’

Kandee’s path to success, on the other hand, was not easy because she was venturing into unknown territory—the digital world. Working on a platform that never sleeps, where you have to communicate with people 24/7 and share new content on a regular basis, in addition to answering hundreds of emails, shooting, and uploading videos, was difficult. Plus, there’s the competition for interactions, likes, and subscriptions to contend with! She persevered in the face of adversity and triumphed.

Kandee enjoys her profession because it allows her to create, entertain, teach, and inspire people. She gives her all to whatever she does, whether it’s teaching how to obtain beautiful brows, larger lips, look like a Barbie doll, or coaching her viewers on how to transform a bad day into a perfect day. Taking advantage of new chances, she has ventured outside of her specialist business to organize the fifth annual ‘NYX Fine Artistry of Cosmetic Elites’ (FACE) Awards, a prominent event honoring the abilities of young beauty video bloggers. She’s also collaborated with the cosmetics company ‘Too Faced’ to create the ‘IWantKandee’ line. She’s also created a nail polish collection called ‘Sinful Colors.’ In 2016, she got a Streamy Award in the Beauty category.

Kandee Johnson was previously accused of abandoning her 12-year-old son at home while she traveled to Los Angeles on business. She was charged with child endangerment and accused of leaving her son alone in a residence strewn with filthy dishes and food scraps for three days. The 12-year-old boy and his friend were also attempting to light things on fire. According to the criminal complaint, the youngster and his companion had access to materials that might be used to start a fire. When the deputy was going to hand the boy over to Child Protective Services, he received a call from his grandfather, who came to take custody of his grandson.

Kandee Shayn Johnson was born in Los Angeles, California, on July 9, 1978, and grew up with her younger sister Tiffany. She went to a beauty school and wanted to specialize in make-up. She earned her first work as a make-up artist on VH1’s ‘I Love the 80’s’ show shortly after.

Ellie, Alani, Blake, and Jordan are her four children from two marriages. At the age of 18, she gave birth to her first kid. She had a lot of difficulties parenting her son and paying for his daycare after her first divorce. She began dating singer Michael Castro after her second marriage ended in divorce. On September 13, 2015, she proposed to her boyfriend. It’s unclear whether they’re still together in 2017.

Kandee is a shy individual. She mentioned on her blog that she felt lonely in high school and didn’t have someone to eat lunch with. However, she now has a large number of admirers and lovers. She updates on all major social media platforms on a daily basis and attempts to respond to all comments.

She enjoys crafting, drawing, decorating, window shopping, and collecting vintage items. Macaroni & cheese, mashed potatoes, and sweets are her favorites. Snakes terrify her, and she is afraid of heights. Fiji is her ideal destination. Her father was a man she adored, and he died in 2012. She takes her father’s advise today and tries to make today better than yesterday.

Kandee Johnson’s Salary and Net Worth